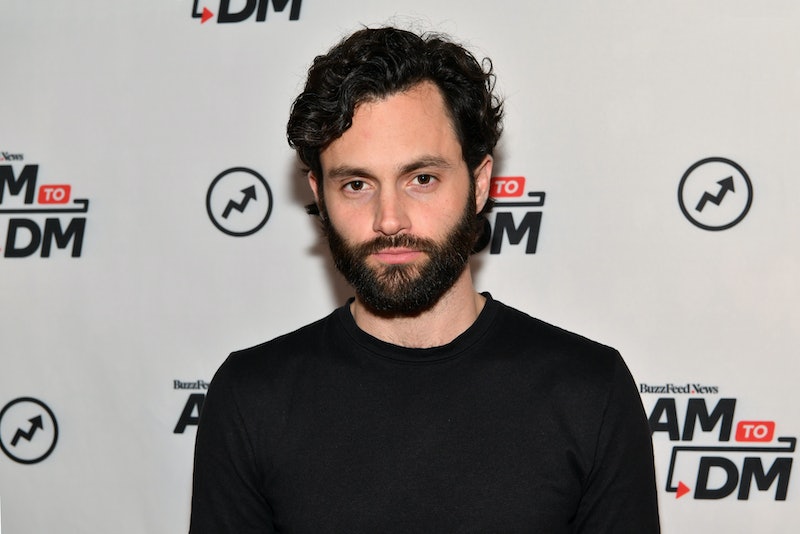 Since Gossip Girl premiered back in 2007, the teen drama has been watched — and rewatched — by legions of fans, but two of the show's stars haven't dared press play. During a conversation with former costar Chace Crawford for Variety's Actors on Actors series, Penn Badgley revealed he watched Gossip Girl with his now-wife, Domino Kirke. And it's not an experience he's looking forward to repeating any time soon.

Badgley and Crawford were chatting about the differences between their current TV series — Netflix's YOU and Amazon's The Boys, respectively — and the show that made them famous during their virtual reunion. "Back in 2007 ... people wanted to watch a show like Gossip Girl because it was aspirational," Badgley said. "It was like an escape. It seemed like it struck a certain cultural chord because it was this aspirational fantastical vision of excess and wealth." 13 years later, the actor said, "people are not interested in that. And I think rightfully so."

Still, after Crawford pointed out that "back in '07, Gossip Girl was edgy," Badgley reflected on revisiting the show in the years after its 2012 finale. "I haven’t seen it in so long. It would be very interesting to watch it now," he revealed. "I watched with my wife, with Domino [Kirke], before we got married. It must’ve been six months after we met. She had never seen it, and that’s the last time I can remember seeing an episode."

Unfortunately for Badgley, revisiting his Gossip Girl years wasn't a particularly pleasant experience. "I remember even then — it has nothing to do with the show — but it was very hard to watch," the actor explained. "These snapshots of yourself when you’re 20, 21, 22 years old. Who can enjoy that? Sometimes it’s just uncomfortable."

Crawford agreed with his former costar, joking, "You [would] have to strap me to a gurney and pop my eyes open like Clockwork Orange" in order to get him to rewatch the teen drama. "But no, it would be interesting to see the first couple maybe," he continued, adding that while he doesn't enjoy rewatching his own work, he'd be interested in revisiting the early aughts alongside some of his former costars. "To go back and open that time capsule, I think there would be some nostalgic value," Crawford said. "We’re doing that when you come to L.A. We’ll have a drink."

Even if he doesn't want to rewatch old episodes of Gossip Girl any time soon, Badgley did tell Crawford that he is grateful for the impact the show has had on his life and career. "I’ve always tried to be both transparent and forthcoming and grateful of the way Gossip Girl positioned me to be in a role like this and for it to have the particular effect that it has," the YOU star explained. "Because it’s interesting that regardless of my performance, the fact that it’s simply me, just one of the main characters of the show called Gossip Girl ... it’s me [on YOU] playing this guy Joe, and it makes a lot of sense in a way."

"The funny thing is I didn’t get excited to be like, 'Oh, this is such a different and interesting take on a similar vibe,'" he continued. "I was, if anything, too self conscious about that, and I was inclined to be like, 'This is quite different.' But in a way, it’s almost like Dan, just with bloody hands." No wonder rewatching old episodes of Gossip Girl is so awkward for Badgley nowadays.