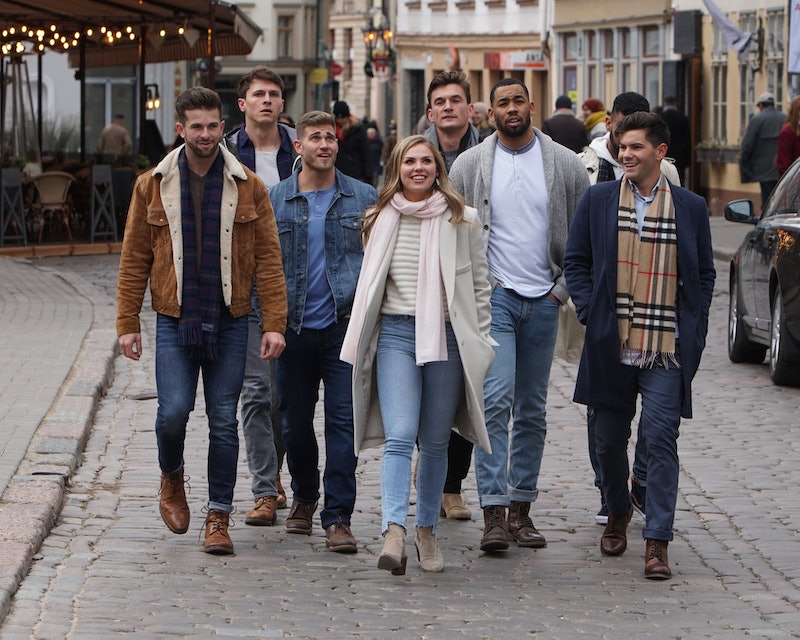 In the weeks since Hannah Brown accepted Jed's proposal — and then broke things off with him — Bachelor Nation has been waiting with bated breath to find out who the next Bachelor will be. Unfortunately for many fans, Reality Steve's 2020 Bachelor pick already has fans upset on twitter, even before the new Bachelor has been officially announced.

On Aug. 25, the Bachelor insider shared his prediction that "When the 'Bachelor' announcement is officially made (guessing next week or the following), it will be Peter Weber." As he continued on Twitter, "This isn’t isn’t a guess, a prediction, or 'most likely.' It’s him." Three days later, Reality Steve confirmed that "Pilot Pete" — as he's known to Bachelor Nation — will indeed be the newest face of the franchise. "For those hoping my intel from Sunday was wrong - sorry," Reality Steve wrote on Twitter. "Peter is your next 'Bachelor.' It was officially announced at the reunion taping yesterday and he was brought out. The reunion episode airs Tuesday, Sept. 10th."

Since Hannah's season ended, a large percentage of Bachelor Nation has been campaigning for Mike Johnson to be the next Bachelor which would make him the first African-American Bachelor in the franchise's history. As a result, Reality Steve's tweets have sent fans into a frenzy, with many tweeting that "Pilot Pete" is "#NotMyBachelor."

In a recent article, E! News reported that Peter has always been the producers' top choice to be the new Bachelor, but they were waiting to make a final decision after Mike's time on Bachelor in Paradise. "Pete was always the first pick but producers wanted to see how Paradise went with Mike. They love him but aren't sure if he is ready to carry a whole show," E! said, citing a source close to production. "It could always change, but Pete's been their pick since Hannah's season ended and Tyler started dating Gigi Hadid."

While Peter didn't get Hannah's final rose, the 28-year-old pilot did make a big impression on Bachelor Nation during his time on the show. In addition to charming Hannah by asking her to be his girlfriend, the pair also enjoyed a now-infamous date in a windmill during their overnight fantasy suite date in Greece. According to E!, those storylines helped make him a frontrunner for the Bachelor position: "He's older, he has a career and he has a great backstory," the source explained. "He can definitely carry a show."

He may have been the obvious choice for producers, but Mike has been the fan favorite for the job since before he was sent home by Hannah. In late July, ABC revealed that the Air Force veteran was "in contention" for the title, with executive Rob Mills telling Entertainment Tonight, "He is just somebody that people really love. He's got a great story. We have somebody who has served our country, has really suffered through heartbreak. … [Mike has] got a billion dollar smile and he looks great."

However, Mike isn't the only Bachelorette alumnus that fans have been rooting for; shortly after Demi Burnett broke up with Derek Peth in Paradise, Bachelor Nation began campaigning for him to become the new Bachelor. Demi recently gushed to People that Derek is "amazing," and that they have stayed "really good friends" since Paradise. She added that she's rooting to Derek to become the Bachelor, telling the outlet, "I just want Derek to be happy. He deserves to find someone."

Mike and Derek may still have the chance to find love during their remaining time in Paradise, but to the disappointment of many members of Bachelor Nation, it looks like they won't have the chance to continue their journey as the next Bachelor. Pilot Pete seems to have stuck the landing in more ways than one.