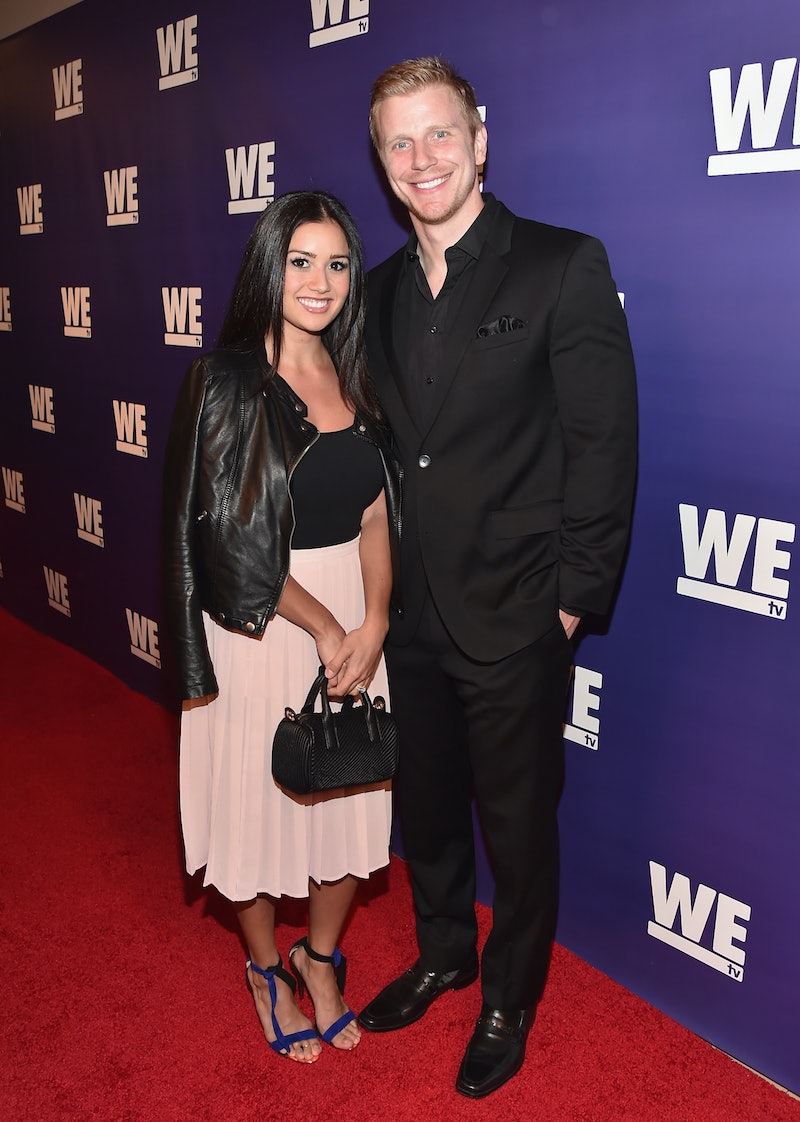 This season of The Bachelor has a heavy focus on Colton Underwood's virginity. In all honesty, it's tough to keep track of every time Colton's virginity is referenced. It got old very quickly, and fans aren't the only people who feel this way. Franchise alums Sean and Catherine Lowe are tired of all virginity jokes on The Bachelor, too.

In a joint interview with Fox News, Sean explained,

"I think some people are more interested in creating a joke around his virginity as opposed to just asking, ‘Why are you taking this stance?' Because it’s obviously a choice and he probably has a pretty good reason behind it."

He continued, "I get why so many people would see it as odd or weird. It’s just unfortunate that they would rather make a joke out of it than anything else."

If there's anyone who can relate to Colton these days, it's Sean. He was actually nicknamed "Virgin Bachelor" back in the day. Sean told Fox News, "That name kind of cast me as being an outsider because of my values and [people] didn’t want to understand why I made that decision."

The couple also opened up about the focus on Colton's virginity in an interview for the Jan. 29 episode of The Betchelor podcast. Host Kay Brown asked Sean, "Do you feel for Colton? Do you feel like you were judged during your season for that?"

Sean responded on the podcast,

"No, I don't think I was judged. All of the 'Virgin Bachelor' stuff for me didn't come out until the season was over. So, I was a little lucky in that regard because that's all anybody wanted to talk about."

Sean's decision got a lot of post-show attention, but Colton has been the subject of virginity conversation and jokes before and during his season. Sean remarked, " At least I didn't have to face it during the season like Colton is. Now all of the commercials are all about his virginity and there are those 40 Year Old Virgin puns and things like that." Pretty much everyone can agree that it's been way too much. There are plenty of other aspects to focus on when it comes to Colton.

During the same podcast interview, Sean explained, "The thing for me is that I didn't feel judged, but it was just kind of frustrating because I was thinking 'There's a lot more to me than just waiting until marriage, right? So, can we please talk about something else?'"

He rhetorically asked, "Is there any more to this guy than him being a virgin?" Then, his wife Catherine chimed in, "Obviously, that's why he was cast to be the Bachelor. He has a lot of different levels to him."

Catherine said, "Watching the show, you're like 'Is every episode going to be about these girls asking him why he's a virgin?' Let's talk about the other things he does."

In a Jan. 3 interview with E! News, Colton addressed the virginity chatter firsthand. He began, "The thing that I stress the most or at times I get frustrated with is it's just a small part of who I am." Colton went on to explain,

"That just happens to be a small part of my life, something that just makes me into who I am. I think that would probably be the one thing that I would say has been the hardest part since coming into being, if you want to call it, a public figure on the show. Sort of just having people put a label on you."

There is so much more to Colton aside from this one decision, which he has explained many time over. Yes, it's a compelling story. However, there are many other aspects of Colton's life worth exploring instead of pigeonholing him to this one storyline.