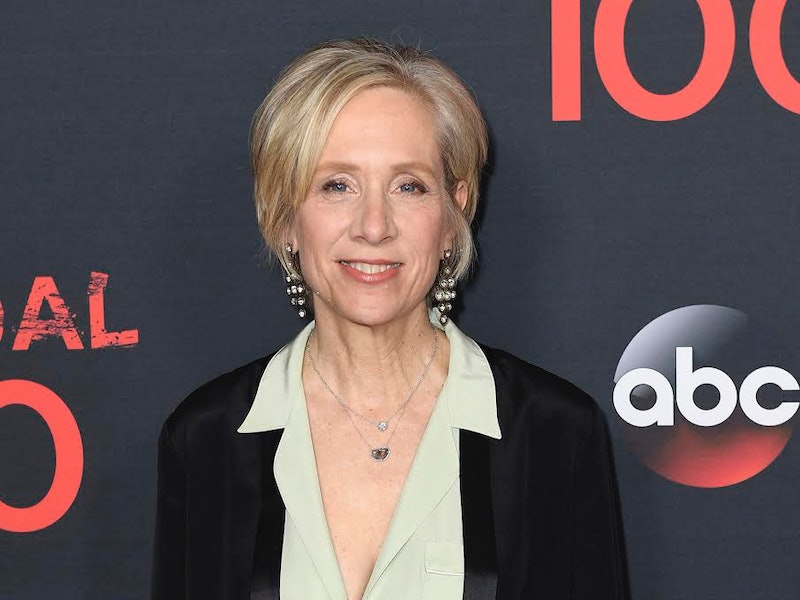 In 2002, an up-and-coming TV writer named Shonda Rhimes met TV producer Betsy Beers, created and developed an hour-long drama series that was sure to be a hit, and pitched it to a network. Yet that show wasn't Grey's Anatomy, but a series about war correspondents so elaborate it might've been "the most expensive pilot in America," Beers recalls now, laughing. Needless to say, it didn't get picked up, but the two women got along so well that they decided to team up again, and as fans of ABC's 15-seasons-and-counting medical drama know, that second time proved to be the charm.

Yet even when Grey's hit the air, Beers wasn't counting on the show lasting a full season, let alone turning into a massive hit. "We had no idea what the reaction was going to be," she remembers, chatting over the phone recently. "All I knew was that I loved it and I believed in it and I thought, 'It's going to be great and gosh, I hope other people watch it.'"

And watch they did. A decade and a half after its first episode premiered, Grey's Anatomy is a powerhouse shows, one of network TV's most popular and longest-lasting dramas. And while the success of the hour-long medical series can be attributed to dozens of factors, from the talented ensemble to the unforgettable soundtracks to the memorable plotlines (Bomb guy! Pole people!), much credit is due to Rhimes and Beers. As executive producers, the two have been the forces behind countless twists and turns on the series, shepherding (pun intended) Grey's through each shocking moment, casting shakeup, and behind-the-scenes controversy.

From developing a plotline to encouraging an actor on set, the producer's job consists of "a million different things every day," Beers explains. Her job involves being prepared to do "pretty much anything except write, direct or act, and that's a blessing for all of you," she says with a laugh, and she's good enough at it that she has more than a few award nominations under her belt (plus a well-deserved Producer's Guild win). Beers is an essential part of the Shondaland world, even if many people don't realize just how integral Beers truly is due to Rhimes being the more public face of the company.

But that might change soon, when Beers and Rhimes take their talents to Netflix, and Shondaland inevitably becomes even more well-known than it is now. In 2017, it was announced that Rhimes had signed a $150 million deal with the streaming service to develop new material, and this past July, she revealed their initial slate of projects, ranging from a series based on the viral Anna Delvey article to one set at an apocalyptic summer camp. It's a thrilling time for Shondaland fans, and Beers can't wait to debut the new works.

"I'm really excited about the deal with Netflix. I think that's going to be an exciting new chapter for us," she tells me. "We're already having a great time developing and working on the shows that we're going to be making for them."

A multi-million dollar deal with the world's most popular streaming service is a long way from 2002, when Beers was distributing personal VHS copies of the Grey's pilot out of her car to strangers in the hopes of getting it seen — yes, really ("This is why I am not in marketing in television," she says dryly). Back at the beginning, Beers was as new to the TV scene as the interns depicted on Grey's. Although she'd worked in film previously, producing a mixture of hits (200 Cigarettes) and flops (many more that didn't get off the ground), she had little knowledge about the world of medical TV. While Rhimes has always loved the field and even wanted to be a doctor herself at one point, Beers says that she was was "terrified" of hospitals and had "no idea whatever was going on in medical shows."

And even when the show became a hit (probably in spite of Beers' guerilla campaign), the producer was still unsure if the hype would last — which was partly her own fault. "My job was to read the ratings and then get back to everybody about how the ratings were, and it turns out I didn't know how to read ratings," she says, with another laugh. She was convinced that the show had bombed, and told Rhimes the bad news — before someone from the network called to inform them that Grey's had actually done really well. "So straight out of the gate, I proved myself to be — I think what I would call myself an eager learner, at that point," Beers says now.

As the years passed and Grey's success grew, Beers became a pro in her field — so much so that, in 2009, she partnered with Rhimes' company Shondaland to work on other TV projects, helping develop shows like Private Practice, Scandal, and How To Get Away With Murder. "It was never a decision in terms of with whom I wanted to be working, because it is such a pleasure everyday," Beers says of Rhimes. "There's nothing more intensely delightful than listening to her brain."

Yet for every huge success the duo have achieved together (a few Emmy noms among them), they've also encountered their share of setbacks. There've been shows that have gotten canceled after one season (Off the Map, anyone?), and others that felt promising to Beers and Rhimes, but were nixed by the network before they even began. But while Beers isn't immune to being affected by these flops — "It's always hard when people don't respond to something in the degree that you do," she tells me — she knows that's just how TV works. It's the changes that've happened to the shows that have succeeded that've hurt her more.

As Grey's fans are well aware, a large number of the show's actors have left over the years, sometimes in the midst of very public controversy (see: Katherine Heigl). Listening to Beers reminisce about these character exits, it's clear she's as invested as the show's actual audience. Cristina Yang? "It spoke to me on such a sad degree." Derek Shepherd? "Obviously [that] was traumatic, and saying goodbye to that character, there was not a dry eye in the house." Lexie and Mark? "I'm sorry, but trying to get over [them dying]..." She trails off and sighs.

Tuning in every Thursday to watch Grey's may not be in her official job description, but Beers is more than happy to do it. "I'm probably one of the show's biggest fans," she explains. "And although I was with it before there was a show, in a weird way it makes me and even more aggressively devoted fan."

Not to mention an even more devoted producer. Like Meredith Grey and her peers, Beers has transformed from intern to attending over the years — and experienced all the highs and lows that come with the journey.