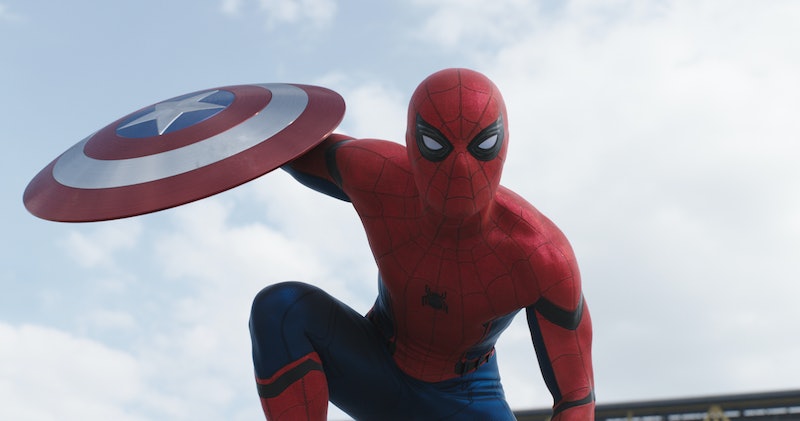 When I tell people I write Spider-Man fan fiction, their first reaction is usually to laugh. That’s OK. I think it’s funny, too. When you look at me — a 27-year-old woman with a full-time job, who is demonstrably vain on social media, with an assortment of hobbies that look like they were shaken out of a Pinterest board — you do not necessarily see the face of someone who has written over a million words about a fictional teen who swings through New York City in a bright red and blue unitard.

But that is the beauty of the Stan Lee's prolific Marvel characters, and the legacy he leaves behind after his death on Monday; something that he captured in the idea of Peter Parker especially: heroes so human that you can’t help but see a reflection of yourself in them. Heroes so human that they lend themselves not just to the their original stories, but to countless stories and interpretations beyond them. Heroes so human that sometimes, they’re not heroes at all. Sometimes they’re just as lonely, lost, and rudderless as you are, in your ordinary human world.

In no character is that as telling as Spider-Man, the superhero who stumbles his way to greatness; Peter Parker, the nerdy, relatable kid who gets in his own way just as often as the villains do; this iconic teenage underdog, who never gets what he wants the first time, but never, ever stops trying. Stan Lee didn’t give us a hero, and he never meant to — not with Spider-Man, or with any of his other iconic creations.

"I thought it would be great to do superheroes that have the same kind of life problems that any reader — that anybody — could have," Lee told USA Today in 2013. "Just because you have superpowers, that doesn't mean your love life would be perfect. I don't think superpowers automatically means there won't be any personality problems, family problems or even money problems. I just tried to write characters who are human beings who also have superpowers."

Since Stan Lee and Steve Ditko first brought Spider-Man to the page in the early 1960s, his story has been told and retold over the years, undergoing three major movie franchises and a Broadway musical just in the time I’ve been alive. But these main grabs are really just the tip of his world's iceberg. The iterations of him and his supporting cast are vast: we have Miles Morales, a half-black, half-Latino Spider-Man taking up the mantle where Peter Parker left off; we have major spin-offs of Spider-Man's greatest foes; we have Spider-Gwen and Em Jay Watson kicking ass in a band called the Mary Janes, in an iteration where Peter Parker turns himself into a giant lizard and bites it. We have a universe so vast that even the upcoming film Into the Spider-Verse, which explores the idea of infinite Spider-Mans, probably won't even come close to capturing the full extent of them.

My own personal history with Spider-Man started with the first movie franchise. The Tobey Maguire version, released in 2001, was the first PG-13 movie I saw in theaters, and 11-year-old me was instantly hooked. By the time the Andrew Garfield reboot hit the scene in 2012, I was armed with something I had not been before — I could write. And boy, did I ever. That whole summer, and then into my senior year of college, and then into the sometimes lonely, disappointing year I spent trying to make it as a songwriter in Nashville, I wrote not one, not two, but three novel-length Spider-Man fan fictions back to back.

There are moments in your life that you look back on after they happen, and understand there was a shift you couldn’t fully feel when you were living it. For me, that moment came at five in the morning, prepping to open the deli I was working at in Nashville. I’d spent the night singing to a disinterested bar crowd and getting harassed by a male songwriter. I hadn’t slept in weeks. My dreams in Nashville, I understood, were coming to a close. Then I opened a review for my fan fiction — this one all written from the perspective of Mary Jane Watson — that read, you must be so excited about all the fan art on Tumblr.

I didn’t know what Tumblr was. The reviewer had to individually link me to the art: drawings, GIF sets, comics, playlists, even fan videos based on the words I had written. My own writing, quoted back at me, brought to life by strangers.

I walked into the employee restroom and started to bawl.

When I did move back home, I couldn’t tell you what went in the boxes; it was mostly junk in the end. The only important thing I brought back was not a thing at all: it was this overwhelming community of Spider-Man fans who welcomed me into their own. Friends I have never met, but whose lives I now know intimate details of, whose work I have admired, whose worlds are very different from my own but are somehow still united by this common, incredibly dweeby thread.

Later, they were the friends who encouraged me to keep writing, in days that I was too terrified to so much as share a short piece in a fiction workshop. Friends who gently reminded me that writing could be more than a hobby, if I wanted it to be. Friends who said it a hell of a lot less gently than that, and lit a fire under my butt during times I needed it most.

And because of them, I write my own young adult fiction now — prolifically and aggressively. Like all writers, I have endured a lot of disappointments and a lot of near-misses, but it has never occurred to me to give up. I cannot overstate how much of that I owe to this fandom. It was my escape, and then it was my revelation, and now it is my soft place to land. A character who feels so ingrained in my bones that I know his world even when I’m uncertain of my own; a character who reminds me that even when I fumble, I can try to be better tomorrow; a character so universally understood that he inspires people of all ages and walks of life all over the world. I have never once stopped writing fan fiction for Spider-Man, and doubt there will come a day that I ever will.

There’s a reason why we come back to Peter Parker over and over again, why there are so many reboots and iterations, and why there always will be: Stan Lee created him, and then gave him away. He let fans take ownership of him, whether in published comics, video games, or fan fictions written on an air mattress of a Nashville sublet in the dark. Stan Lee gave us a hero that was the best and sometimes worst of himself, and then invited us to make him ours, too.

A few years ago I moved to New York. The day I arrived I was freelancing for six publications to support myself, knew maybe two people in the city, and was also extremely food-poisoned. My first apartment was on the 25th floor, and when I dropped off the bags and stared out the window of my empty room, I could see New York stretching out in front of me — the bottomless potential of it, rows of unyielding buildings, a sun that burned my eyes as it set. Maybe I should have been scared, but instead I felt a rare moment of calm. It was a place I had written about for years, through Spider-Man’s eyes, but now, finally, it was my own: all that time I thought I’d been writing to escape, and it turned out I’d been writing my way home.