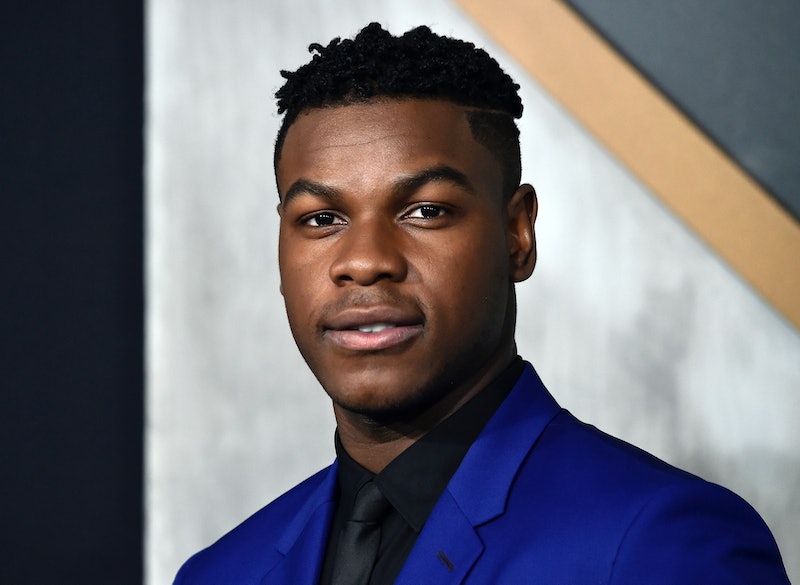 Can you believe that it's only been a year since the last Star Wars hit theaters? It seems like it's been ages since fans received any type of new information regarding the next installment. Now, Star Wars: Episode IX's time jump might have been confirmed by none other than John Boyega. If true, fans now know how much time will have passed between 2017's The Last Jedi and Episode IX, which is scheduled to be released in 2019.

In an interview with Empire Magazine, Boyega, who plays Finn, let some info slide about Episode IX. As reported by ComingSoon.net, the new Empire article states that the actor has confirmed the film takes place one year after the events of The Last Jedi. This is a much longer span of time than what passed between The Force Awakens and The Last Jedi. Those films basically happened right after each other in terms of chronology.

That's not the norm for Star Wars films though. The original trilogy allowed for a significant amount of time to pass between each film for the characters. Of course, the release time between Return of The Jedi and The Force Awakens was extensive, so having the established time jump this time around is pretty helpful when trying to figure out where viewers might find their favorite heroes in the next film.

As ComicBookMovie.com points out, it's not clear whether Boyega was allowed by Lucasfilm or Disney to share the news about the time jump. But either way, any tidbit of information about Episode IX feels like a gift at this point. Plus, skipping ahead a year in the story could be a great move since Rey, Finn, and the gang need some time to rest before they're hit by the First Order again.

The last viewers saw of the characters, the remaining members of the Resistance — which includes Rey, Finn, Poe, and Leia — escaped the First Order and Crait on the Millennium Falcon. Meanwhile, Rey and Kylo Ren killed Snoke and defeated his guard in one of the most impressive sequences in The Last Jedi (and quite possibly both new Star Wars movies). Snoke is now dead and Kylo has declared himself as the new Supreme Leader of the First Order. He came after the Resistance in the last movie, and failed to capture or kill them all when he became distracted by Luke Skywalker's Force projection on Crait.

Even though Luke is now gone, there's still Rey and Leia as remaining Jedi. There was also a sneak peek at the fact that other children are also developing high midichlorian counts and becoming acquainted with the Force too. Could this hint at the resurgence of the Jedi, after many attempts to squash them out? Definitely. But it's not clear how much can change in a year on that front, considering finding and training new Jedi isn't on the Resistance's list of things to do.

With the information that a year has passed between The Last Jedi and Episode IX (which still doesn't have an official title), a lot could have change since the Resistance's last run-in with Kylo and the First Order. Details about the next film have been kept under wraps, of course, so there's still no exact premise or plot to show what the Resistance is planning to do next. But there has been news of the casting of Keri Russell, Matt Smith, and Dominic Monaghan, although their roles have not been disclosed. Of course, the heartbreaking death of Carrie Fisher in late 2016 changed up what was supposed to be a Leia-centric film, but thanks to unused footage from the last two, fans will still be able to see their beloved princess/general one last time.

Even though not much is known, fans of Star Wars can gear up for another epic trip to a galaxy far, far away. While Dec. 20, 2019 isn't right around the corner, these new details suggest it's going to be worth the wait.