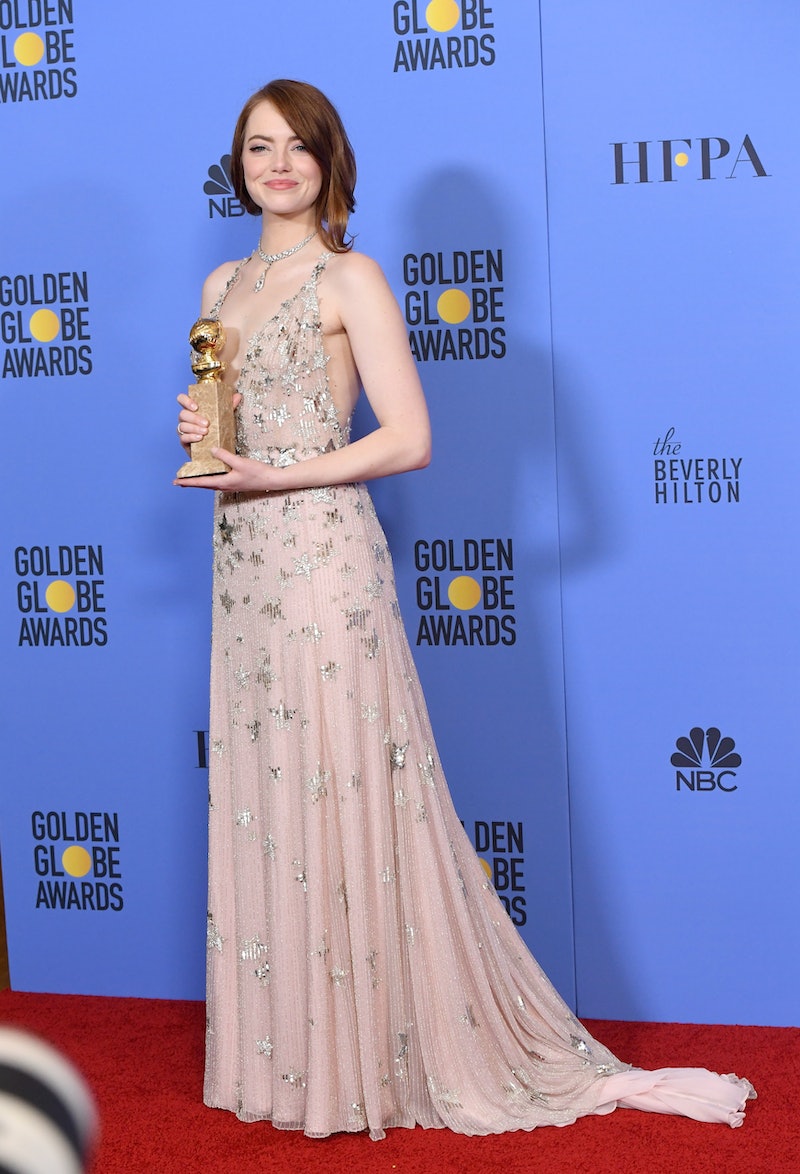 Whittling down all the top performances by female actors in leading roles to a list of five Oscar nominees for Best Actress in a way that is both fair and unbiased is, in a word, impossible. Every year, there are worthy performances that are left out, and 2017 looks to be no different. As the 2017 Academy Awards approach, it's looking like Best Actress could be the most crowded Oscar race of the year, but that's actually a pretty great thing, considering what it says about the number of high-quality leading performances by women in 2016.

The race for Best Actress at the 2017 Oscars will be a tough one this year, made exceptionally difficult by the momentum given to surprise Golden Globe winner Isabelle Huppert and the duty Hollywood apparently feels to always nominate Meryl Streep. Early speculation assumed that Natalie Portman would take home the trophy for her performance in Jackie, but her loss at the Golden Globes has caused many to rethink her chances. Huppert, a winner for her performance in Elle, immediately became a front-runner for the Oscar after the Globes, and if nothing else, the buzz surrounding her has guaranteed her a spot on the list of nominees.

But it's all up in the air, really. Will the Academy ditch Streep's performance in Florence Foster Jenkins to include Huppert? Will Ruth Negga's work in Loving fail to earn her an Oscar nod? Let's break it down looking at the seven top contenders for Best Actress in a Leading Role.

Huppert's Golden Globe win for Best Actress in a Drama has guaranteed her a spot among the 2017 Best Actress Oscar contenders. Huppert would be the 16th woman ever nominated for a performance in a foreign film, and could very well become one of the few to actually win. Whether or not the rape-revenge plot of Elle will alienate Academy voters remains to be seen, but, for now, safe money is on Huppert.

Playing Jackie Kennedy in a movie that takes place in the days following the assassination of President John F. Kennedy is a one-way ticket straight to the Academy Awards — especially if you're Portman. The actor already has one Oscar to her name, and Jackie was on track to get her a second, but Huppert's increased momentum going into the last stretch has dimmed Portman's significantly. The odds of her taking home the Oscar are getting lower every day, but don't let that fool you — she's still a lock for a nomination.

If the Golden Globes showed us anything, it's that Hollywood loves movies about Hollywood, and though La La Land is more love story than movie-making exposé, it counts. Stone took home the Golden Globe for Best Actress in a Musical/Comedy — her first Globes win — and is likely to get an Oscar nomination for her performance. Expect to see Stone, Huppert, and Portman all sitting in the front row on Oscar night.

Like Portman, Amy Adams was an early front-runner in the race for Best Actress for her role in Arrival, but Huppert's sudden appearance as a major contender has been a bit of a wild card. When it comes to rounding out the rest of the five nominees, Huppert's addition adds a bit of doubt as to who will earn the fourth and fifth spot on the list. Adams is a heavy favorite for that fourth spot, and it would certainly be a huge upset should her name not be called amongst the other nominees. However, her inclusion depends on the momentum of three other possible nominees: Annette Bening, Streep, and Negga.

Bening's performance in 20th Century Women was considered by many the one that could finally take her all the way to the Oscars. Bening has been nominated for four Oscars, and her long career is more than enough to have earned her a career award (one that seems to not be given not for one particular performance, but a career of great performances, like Leonardo DiCaprio). 20th Century Women was, at one point, a great possibility to give Bening her Oscar. However, her odds are looking less and less likely as time goes on.

Streep is another wildcard this year. Her performance in Florence Foster Jenkins isn't particularly career-defining, nor is it the most talked about performance in the running for the Best Actress Oscar. However, this is Streep we're talking about. It seems like a long shot, but, as Alec Baldwin joked when he co-hosted the Oscars in 2010, "No matter what, they nominate Meryl Streep."

Negga is the final major contender in the running for the Best Actress Oscar. Her quiet performance in Loving earned her a nomination for Best Actress in a Drama at the Golden Globes, but her newcomer status could cost her an Oscar nomination. It's not that the Academy is averse to nominating breakthrough performances, but there's often only room for one unexpected nomination, and this year, that's going to Huppert. Still, Loving's success could boost Negga's profile, as could the Academy's determination not to repeat last year's #OscarsSoWhite.

Streep, Negga, Adams, Portman, Stone, Huppert, and Bening are the seven frontrunners in the Best Actress Oscar race, but there are a few major contenders that could end up as nominees. Following recent surprise nominations by the Screen Actors Guild and the British Academy Film Awards, Emily Blunt, for instance, could get a surprise nomination for Girl On The Train. (It's worth noting that Huppert is not nominated in either the SAG Awards or the BAFTAs, but Streep was.)

We'll know for sure which actors find their way on the 2017 Oscar nominations list when the nominations are announced on Tuesday, Jan. 24, but in the meantime, it's truly great to see how many talented ladies gave great performances in movies this past year.