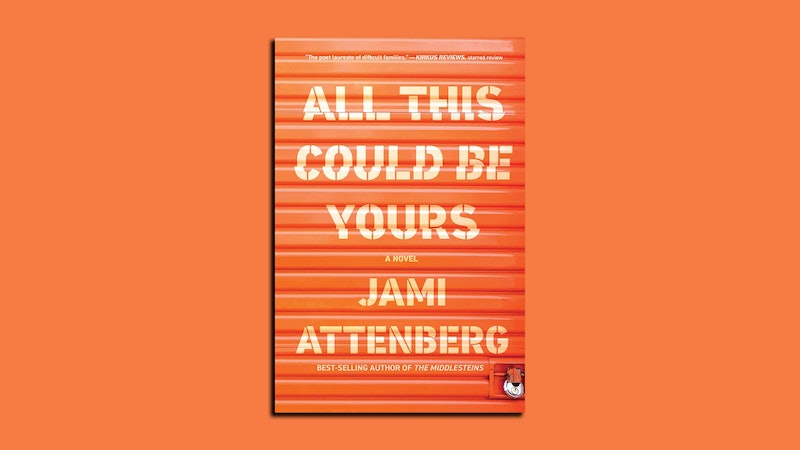 Figuring out what to read next is a task that can cause a tremendous amount of anxiety: Should I finally read the book my mom bought me for my birthday? Or the novel my friend lent me? Or maybe that one I saw on Reese Witherspoon's Instagram? That's why I created this list of the best new literary fiction books to make your decision a little easier. Be sure to check back for updates to the list throughout the year.

Every Tuesday, a treasure trove is unlocked with dozens — if not hundreds — of new books inside. It can be tough to sort through what's worth the read, and what's not. The literary fiction books below represent the best of what publishing has to offer — stories that shake the foundation of your being, spark conversation, and inspire radical thought.

In the last few weeks of 2019, readers have been treated to new books by beloved authors like Margaret Atwood, Angie Cruz, Ann Patchett, Ta-Nehisi Coates, Zadie Smith, Elizabeth Strout, and Jacqueline Woodson, as well as first novels from breakout stars like Lara Prescott. Find their novels — and more — below, on this selection of the best literary fiction novels out right now:

All This Could Be Yours by Jami Attenberg (Oct. 22)

I'm a huge fan of Jami Attenberg, and her latest novel is her most ambitious yet. All This Could Be Yours is the story of an abusive patriarch and all the people who orbit him: his loyal wife, his absent son, his lonely daughter-in-law, his weary daughter, and his precocious grandchild. Finally free from his grip, they must all reckon with his influence and forge a new path for themselves — a task that proves more difficult than they imagined.

The Man Who Saw Everything by Deborah Levy (Oct. 15)

Deborah Levy's topsy-turvy new novel begins in 1988, when young Saul Adler, a historian working on an essay about the German Democratic Republic, is hit by a car while crossing Abbey Road. Over the course of the next few weeks, he sees things — ghosts of the past, and visions of the future. Only halfway through the novel does the reader become aware of what those visions actually mean.

It's been 10 years since Elizabeth Strout released Olive Kitteridge, a book which would earn her a Pulitzer Prize and go on to be adapted into an Emmy Award-winning miniseries. Strout returns to her beloved, crotchety heroine in a novel that begins just after the events of the first. You don't have to read Olive Kitteridge to enjoy this book — but you certainly will enjoy both.

Zadie Smith shows off her diverse talents in this short story collection, her first, with a little something for every kind of reader. Eleven of these 19 stories are brand new, and if you're looking for an introduction into the works of one of our greatest living writers, this is perfect.

In this imaginative reimagining of Frankenstein, Jeannette Winterson pulls readers between the 1800s, when Mary Shelley wrote what would become a classic of the science fiction genre, and the present day, where Dr. Ry Shelley and tech visionary Victor Frank are working on a series of experiments that challenge the boundaries of artificial intelligence and new life. This book will certainly lead to conversations about A.I., queer love, and the meaning of life.

In her latest novel, the celebrated author of Bel Canto, Ann Patchett, turns her attention to two siblings facing down a harsh new reality. After their mother disappears and their father dies, their stepmother boots them from the luxurious Dutch House. Over the course of 30 years, the siblings move through adulthood with no anchor, other than each other and the domestic staff of the house.

In The Shadow King, Maaza Mengiste explores the evolution a young woman, Hiram, from servant to soldier during the Benito Mussolini-led Italian invasion of Ethiopia in the 1930s. It's an honest accounting of war, but also of womanhood, of sexism, of friendship, of pain, and of courage.

In September, acclaimed nonfiction writer Ta-Nehisi Coates made his fiction debut with The Water Dancer, and it's already been named the new selection for Oprah's Book Club. Described by Oprah as "beautiful as it is tragic," the book follows Hiram, an enslaved young man with a mysterious power that grants him — and others — the freedom to escape bondage.

Red at the Bone by Jacqueline Woodson (Sept. 17)

Jacqueline Woodson is at the top of her game in Red at the Bone, a stunning story about queer love, family, and generational trauma. The book begins with Melody, 16 years old, wearing the dress her mother would have worn on this same birthday, had she not been pregnant. What follows is an account of one family and how they each arrived at this moment, with all their history and pain and love and fear and hope and worry and loss.

The Testaments by Margaret Atwood (Sept. 10)

By now you've heard that Margaret Atwood released a sequel to The Handmaid's Tale, set 15 years after the events of that novel. If you still need to be convinced to pick it up, read Siobhan Adcock's essay on maternal mortality in the book, Mara Dolan's story about how the book addresses climate change, or Charlotte Ahlin's examination of its gripping epilogue.

Growing up is hard, even more so when you've just moved from the Dominican Republican to New York City with your new husband, who is twice your age. When 15-year-old Ana arrives in America, she hopes for vibrancy; instead, she gets locked inside her apartment. When her husband goes back to the island to settle family business, she finally experiences the New York City of her dreams. But when he returns, she stares down a tough decision.

In Uruguay in 1977, the rights of everyday people are under attack by a domineering government that crushes any and all political and social dissent. Homosexuality is forbidden, but five women find each other anyway and discover a safe haven — a desolate cape they return to again and again over the course of three decades.

The Secrets We Kept by Lara Prescott (Sept. 3)

The September selection for Reese Witherspoon x Hello Sunshine book club, The Secrets We Kept is one of the books of autumn you simply cannot miss. The novel, based on a true story, juxtaposes two different tales: In one, a CIA secretary-turned-spy attempts to smuggle the novel Doctor Zhivago out of Soviet Russia, where it cannot be published; in the second story, the novel's author Boris Pasternak grapples with his decades-long affair with the woman who inspired his novel and is later sent to the Gulag.

For more reading recommendations, head over to Bustle's list of the best books of October 2019, so you can start adding things to your TBR pile for fall.