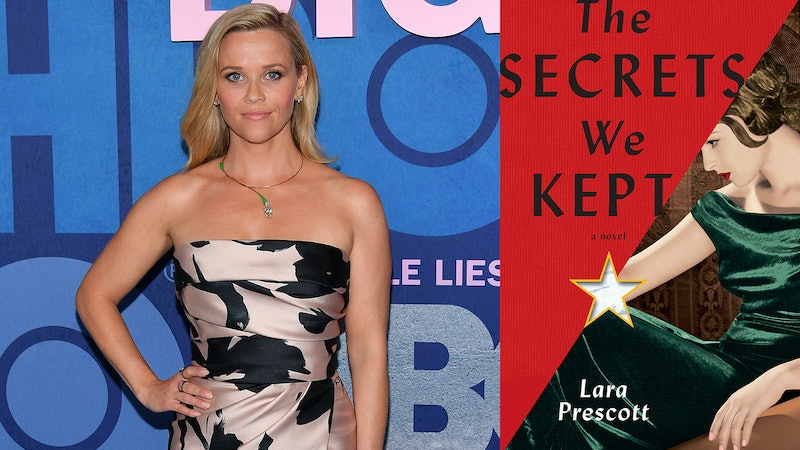 Reese Witherspoon's Hello Sunshine book club September pick is here, and it's the perfect historical fiction novel to kick off your fall reading. Witherspoon has chosen to read Lara Prescott's debut novel, The Secrets We Kept, with the club this month, and it's a thrilling tale of secretaries-turned-spies inspired by the true story of the CIA plot to infiltrate the hearts and minds of Soviet Russia, not with propaganda, but with the greatest love story of the twentieth century: Doctor Zhivago.

The novel, which has already been optioned for film, more specifically follows Sally and Irina, two secretaries during the Cold War, who are pulled out of the typing pool at the CIA and given the mission to smuggle Boris Pasternak's novel Doctor Zhivago — an epic tale about the effects of the Russian Revolution and its aftermath — out of the USSR, where no one will publish it. The book juxtaposes their tale with the the legendary love story between Pasternak and his mistress and muse, Olga Ivinskaya, who was sent to the Gulag and inspired Zhivago's heroine, Lara.

The Secrets We Kept is not the first historical fiction book Witherspoon has chosen for the club. At least three of her past picks — The Night Tiger by Yangsze Choo, Daisy Jones & the Six by Taylor Jenkins Reid, and Next Year in Havana by Chanel Cleeton — are recent favorites in the genre that has taken the lit world by storm.

'The Secrets We Kept' by Lara Prescott
Amazon

Since Hello Sunshine was established back in June 2017, Witherspoon has cemented her status as a one of the most influential celebrity book club proprietors, with many of her choices becoming massive bestsellers — including her September 2018 pick, Where the Crawdads Sing by Delia Owens, which is the bestselling book of 2019 so far. And her bookish influence goes beyond the page. Witherspoon was a cast member of the wildly popular Big Little Lies adaptation on HBO; she is a producer and cast member of Hulu's Little Fires Everywhere series, which was also a Hello Sunshine pick; and she has several other films and TV series based on books in the works.