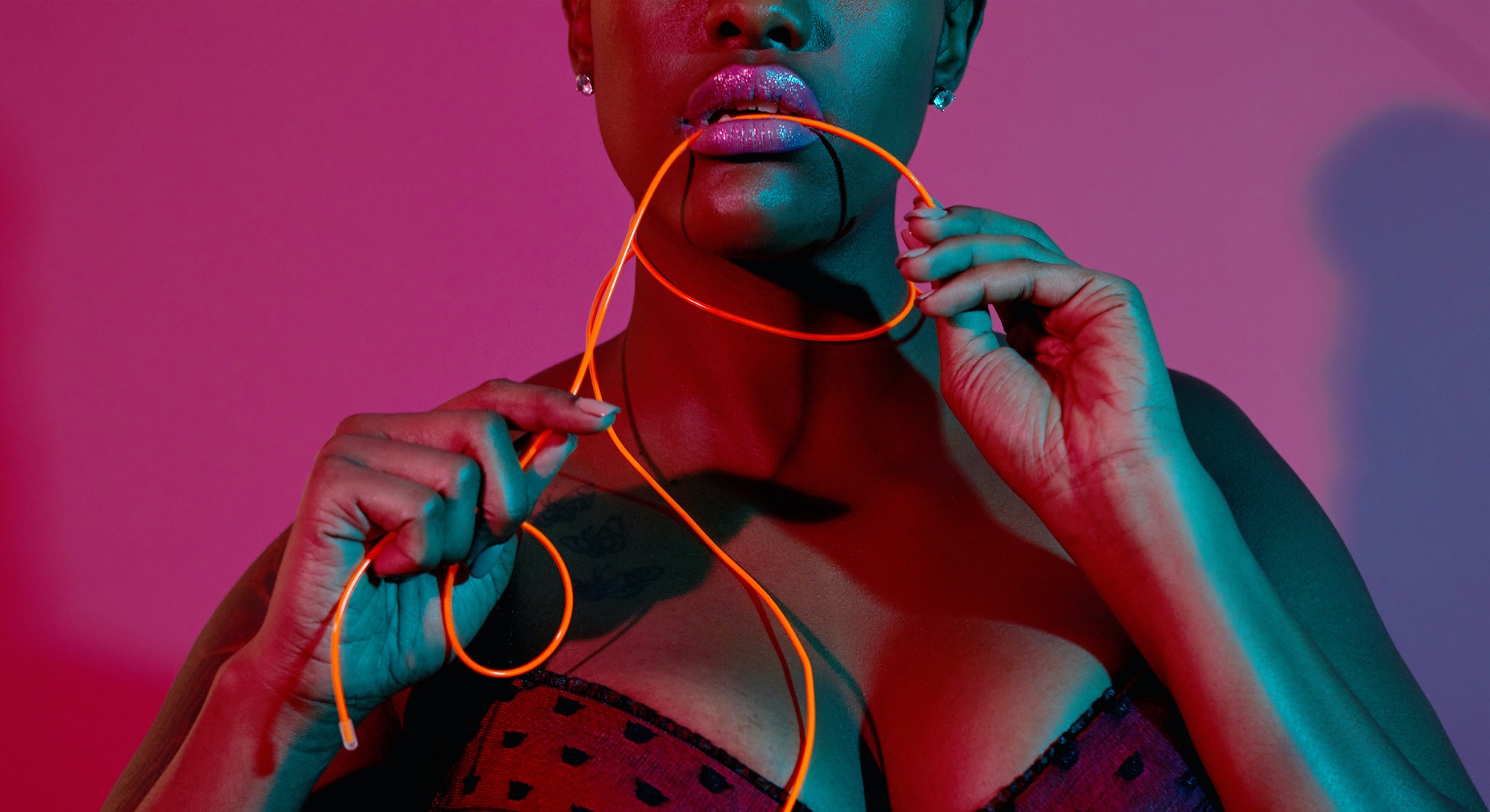 It happens to everyone at some point — you're sleepy, yet you still want to have sex. Then what? Yes, you can just skip sex altogether, but you really want the best of both worlds — sex and sleep. Can't you have both? Absolutely. After all, there seems to be sex positions for every occasion, from ones to try with a new partner to ones that will get you out of your comfort zone. So when you feel your eyes closing, though the rest of your body isn't exactly shutting down, there are plenty of sex positions that you can try to either wake you right up, or that involve hardly moving, depending on what you prefer.

Dr. Sherry A. Ross, women's health expert and author of She-ology. The Definitive Guide to Women's Intimate Health, tells Bustle that wanting to have sex when you're tired is difficult for women both mentally and physically. "You probably already know that your largest and most important sex organ is your mind," Dr. Ross says. "It's what makes all the parts come together in what can — and should — be a satisfying experience. So if you are up for a quickie, you typically want both of you to reach the end game as fast as possible."

Of course, it is 100 percent fine to want to skip sex altogether and sleep instead, since the former should never be an obligation. I'm sure you can relate to times when sleep won in favor of sex. But for those occasions when you do want both, some may feel there are certain positions that work better than others. "The best sexual positions to have when you are tired will be those that work best for the both of you," says Dr. Ross. "Most couples have their 'go-to' positions. I would think if you are tired, you would prefer to do less work, and may prefer the missionary, spooning, or sleepy dog positions. Ultimately, it's up to both of you what position works best for tired sex!"

Here's what 13 millennial women had to say about their favorite sex positions when they're tired.

"I am a married small business owner with two children. My husband and I have a healthy, and pleasurable, sex life — even when tired. Typically when we are able to sneak away and have overlapping schedules to get a good roll in the sheets at the end of a long day, we prefer the 'pretzel' or the 'binding' position [when one partner is on their side penetrating the other from behind, with one leg on their hip]. Pretzel is nice because you get full penetration, while still stimulating the clitoris, but also the ability to control speed, pressure, and depth. Binding is nice because it is sensual, personal, and allows for excellent access to pleasure yourself."

"The obvious answer would be missionary because you can just lie there and he gets to do all the work. But for me, it would be the spooning position. I don't have to make much effort, just be on my side and wrap his arms around me to play with my boobs. You don't even have to make the effort of kissing during sex — it really is all about the in-and-out and climax and done."

"Too tired for sex? Is there such a thing? I think if you're into the person, there is no such thing, honestly. I'd say missionary is the easiest in this case. It's the old standard, but it works every time (for both of us!)"

"I'd say spooning is our go-to when tired. Plus, then we can just stay in that position to sleep afterward."

"Easiest way to wake up when too tired for sex? Shower sex! Not only will you be able to skip your morning shower (so you can sleep in a bit and make up for the lost sleep time now!), but it'll also wake both of you up if you're feeling a bit too lax to get busy. And what's more sexy than shower sex and sudsing each other up? Not a lot!"

"Hands down, no pun intended, I'd say doggy style. It's still satisfying for both of us — especially if he uses one of his hands on me, too — and gives him more of the control. Though it also wakes me up a bit."

"My best suggestion for having successful tired sex is to GET OUT OF BED! The bed induces sleep — if we're already tired, it'll make us more so. Go have sex anywhere but the bed — you'll see. Get creative! The kitchen! The hallway! Against the bedroom door! Not only will potentially sleepy sex turn into wide-awake sex, but it'll probably be the best sex you've had in a while."

"The best position when I am tired is missionary, as most work is done by [my partner]. It is satisfying and pleasurable."

"Speaking personally, my two favorite sex positions when tired are missionary and curled spoon. Those happen to be two of my favorite penetration angles even when I'm not tired, so the fact that those two don't require too much effort on my part is an added bonus."

"I would say not to have tired sex! Why? What's the point? There will be plenty of nights you won't be as tired and will have more energy, so just wait till then!"

As you can see, many women have preferred sex positions for when they're tired but still in the mood. It seems like the possibilities are endless whether you want to do a low- or more high-effort position. But, like April says above, some prefer to wait until they're more awake, which is totally legit, too. After all, when it comes to sex, whether it's how much you're having, the position you're doing, or when you're doing it, you're the one who decides what's best.