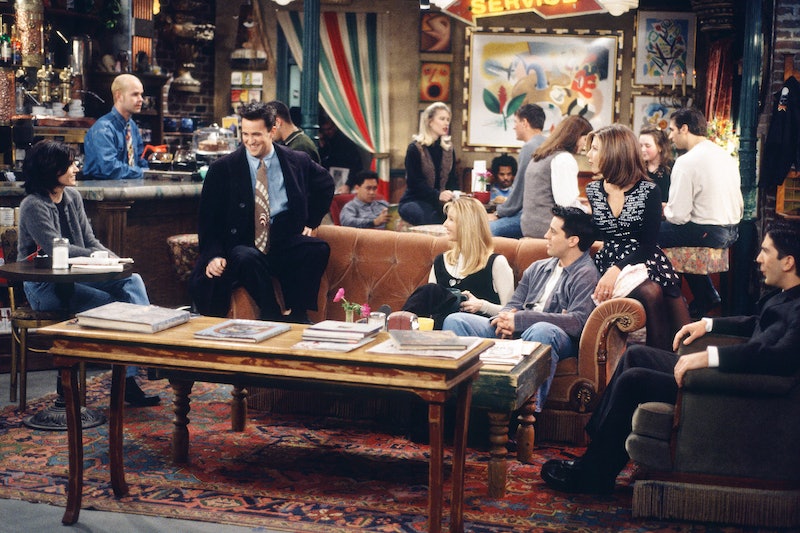 It has become increasingly clear over the past month or two that coffee enthusiasts love nothing so much as pairing our favorite fictional characters with whatever drink we believe best represents their personalities. As such, it comes as no surprise that there’s a sort of “secret Friends drink menu” at Starbucks — or, perhaps more accurately, that there’s a Starbucks drink for every Friends character. As Totally The Bomb recently reported, photos and other posts have begun popping up on social media lately featuring various Friends-oriented suggested offered at some Starbucks locations — and while these drinks are by no means “official” in any way, shape, or form, they should provided at least a few moments’ amusement to Friends fans and Starbucks lovers alike.

According to social media posts dug up by Totally The Bomb, as well as a few others I located myself, these Friends-themed menus have mostly emerged over the past month or so, largely to celebrate the show’s 25th anniversary. (The very first episode of Friends aired on NBC on Sept. 22, 1994.) They’re usually specific to individual stores — that is, they’re not official Starbucks offerings — and advertised at locations offering them with hand-drawn chalkboard signs. But hey, guess what? Because Starbucks’ menu allows for a certain amount of adjustments to each drink, once you know what the Friends-themed ideas dreamed up by baristas at some stores, you can easily order those same drinks at other stores — as long as you know what to ask for.

As is always the case with “secret” items, you can’t order these drinks by asking for them by name. However, in a twist that should make beleaguered baristas pleased, the Friends drinks are all less ultra-creative, off-menu orders that require a ton of customizations to make and more just match-ups between existing drinks. Because of their relative simplicity, that also means that these drinks can easily be ordered via the Starbucks mobile app or online — something which often isn’t the case with the more complicated customized recipes we’ve seen lately.

So, if you want to get a Friends drink at Starbucks, here’s what to order:

If those ideas aren’t enough for you, though, you can get yourself an ultra-customized Friends-themed drink that actually is complicated enough to classify as a “secret menu” item. You see, in addition to the character-oriented drinks, Totally The Bomb also found a social media post featuring a sign at a Starbucks store in Belleville, Ontario boasting a straight-up “Friends Frappuccino.”

At the time of writing, it wasn’t totally clear what was in the Frapp — but the manager of the Belleville store who actually created the drink later commented on the article, revealing what exactly went into making the Frapp. Per the manager, the drink was “inspired by the purple of Monica’s apartment” and the opening credits' iconic orange couch; you can order it by asking for “Raspberry Crème Frappuccino” blended with a scoop of dragonfruit, with a ring of Pumpkin Sauce added to the inside of the cup before the Frapp gets poured into it.

It’s worth noting that “Raspberry Crème Frappuccinos” aren’t typically on the menu in the United States (what’s more, it’s not currently listed on the Starbucks Canada online menu either); however, you can probably mock up something similar by ordering a Vanilla Bean Crème Frappuccino and adding raspberry syrup, a handful of actual raspberries, or both.