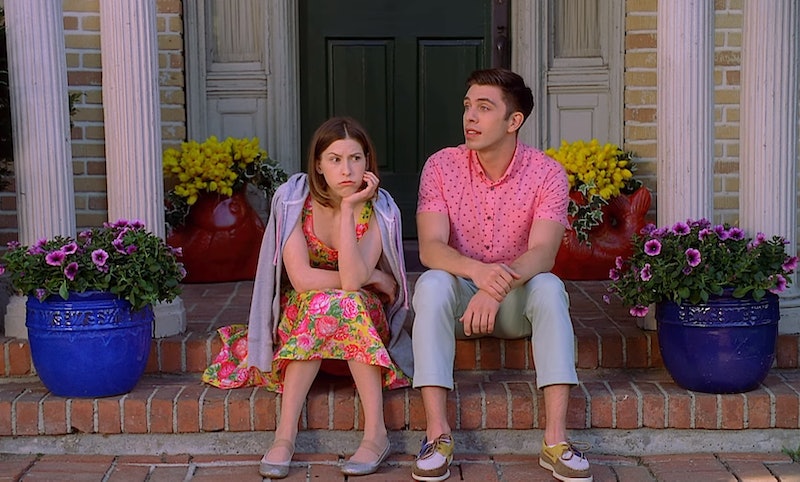 Sue Heck is following in the footsteps of Carrie Bradshaw. Well, sort of. As reported by TVLine, The Middle's spinoff title is Sue Sue in the City, but unlike Carrie, Sue will be conquering Chicago instead of New York. The title is just punny enough to be perfect for a spinoff centered on the always optimistic character who once declared multiple years "the year of Sue" during The Middle's nine seasons. (Also, as longtime fans know, Sue's name is Sue Sue Heck, hence the unique title.)

In addition to the title announcement, TVLine also revealed that Sue won't be navigating the big city of Chicago alone. Just like in The Middle, Brock Ciarelli's Brad Bottig will be by her side, only this time Ciarelli is on board as a series regular. On Friday, Oct. 5, the actor tweeted his excitement about joining the series. He wrote, "I'm so excited to announce this!! Brad Bottig and Sue Heck are far from over."

Even though The Middle's series finale featured a flashforward of a future where Sue is married to Sean Donahue, the spinoff is set to focus on her post-college life. Before she marries Sean, she has her whole 20s ahead of her to start her career, date, and make her own way in the world as a young adult. Right now, ABC has only committed to making a pilot, but the premise sounds like an adventure worthy of one of TV's most positive characters and her BFF.

ABC announced The Middle spinoff shortly after the cancellation of Roseanne, and now with The Conners on the horizon, Sue Sue in the City could be the perfect companion series. Before Roseanne's return to the small screen, The Middle had picked up the torch where showcasing modern life for a working class American family in middle America was concerned — albeit with less of political bite.

Throughout all nine seasons, Sue never let her family's lack of funds keep her down. She knew that not every family used a water hose to wash dishes for weeks because they couldn't afford to get the sink fixed, but that never stopped her from setting goals for herself and working to attain them. Seeing Sue apply that same sense of practicality to making ends meet in Chicago could be a total joy. And seeing her do it alongside Brad, with his dreams of pursuing a life in the theater, would certainly make this a special series for ABC to add to their lineup.

ABC won't make an official decision about Sue Sue in the City's future until later in the year. However, now that the show has a title and is starting to fill out its cast, it's impossible not to root for the eternal underdog, Sue Heck, to finally get her due. It's hard to say whether or not Chicago is ready for the sheer force of the combined enthusiasm of Sue and Brad, but TV fans could definitely use a heroic team like these two besties right now.