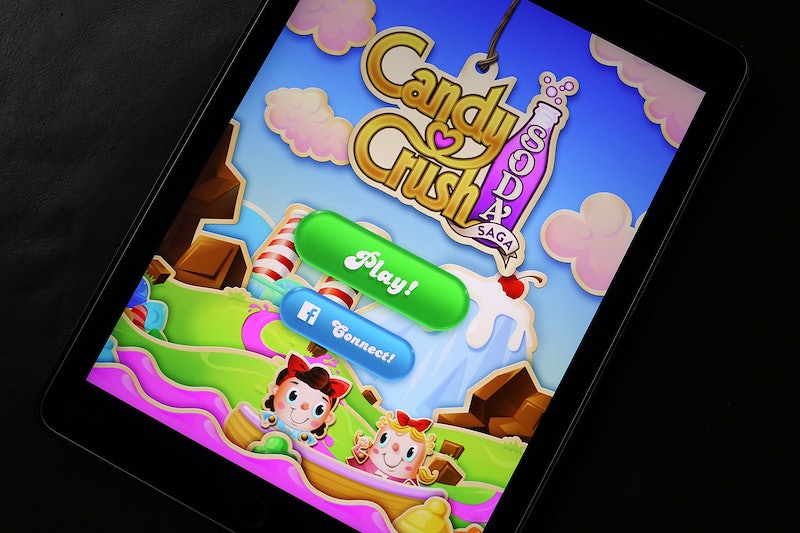 Are you commuting RN? Are you languishing in a waiting room? Are you procrastinating instead of the umpteen things you have to do, or are you just good old fashioned bored? Well, don't worry guys, that is why the universe invented games to play on your smart phone. Like the incredibly addictive Candy Crush. Never have so many coloured sweets/snacks held so much excitement and fun. But real talk, maybe you have had enough and are gagging for more. Maybe you need a new generation. If so, then, good news; the new Candy Crush Friends Saga just dropped and it is everything you ever wanted and more. Because babe, you're worth it.

Candy Crush Friends Saga is the latest edition to the Candy Crush family. The new edition contains a lot of the gameplay that made you fall in love with the original version. However, the new and improved version adds a whole host of lit new features to get players hooked all over again.

The fourth edition in the ongoing saga (if you will), is being hailed by CEO of the game's creator King Digital Entertainment as the biggest launch for candy crushing developer in four years. Now that is nothing to sniff at is it? Ricardo Zacconi spoke to Variety about the game's launch. He said: "I think what we have done with Friends is taken the best of what we had from the first three and bring it all forward and then take all of that to the next level"

So what are the new and exciting features on this free-to-play 380 level (!) game?

Well, pretty spectacularly the app will be serving 3D visuals for the very first time. Yes, feast your eyes on that guys. There will be interactive characters and then new ones unlocked through levels as you play the game. These characters will be your buddies, your pals, your friends if you will.

Not only will they be serving as cute AF little pals, but players will also have some pretty lit new games, like Find The Animals, Spread The Jam, and Dunk The Cookies. Yeah, give me all of them things ASAP thank you.

King Digital Entertainment have proved to be absolute bosses in the gaming world. The Candy Crush franchise, which first launched in 2012, has been a rip-roaring success and has filled many people's free time. The game is so popular that the company behind it has been making actual billions thanks to its revolutionary animations, addictive games, and most importantly, giving the people what they want. Zacconi shared what he believes is the foundation and reasoning behind the company's astounding success:

"One thing we learned over the years is that it’s important to include surprise in the game and to continue releasing new content, it gives players a reason to come back and a reason to keep playing."

The game's success has even led to a super delicious ice cream flavour being created. Yep, they have gone and provided some real 4D enjoyment as well.

OK cool, find the game on your app store and clear your diary. Game on.