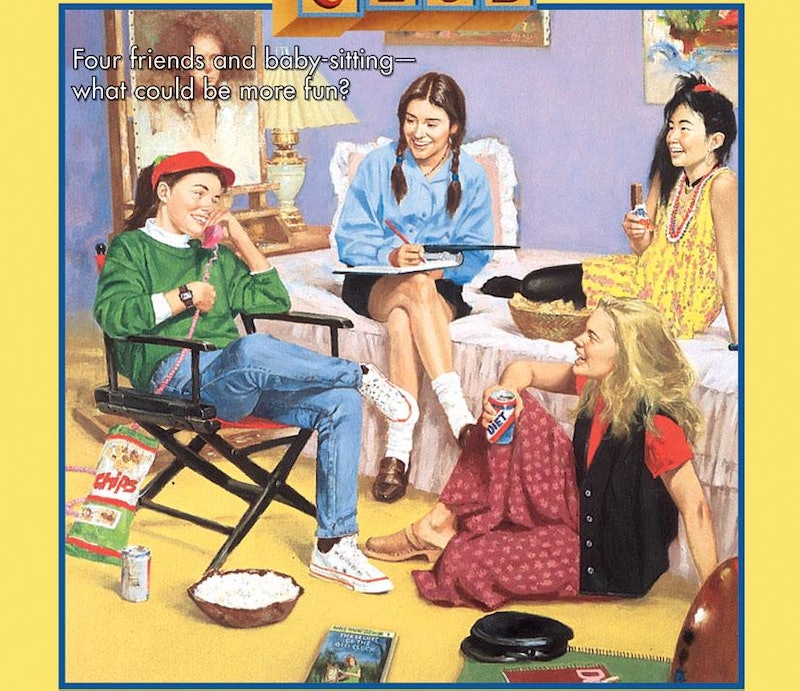 Back in the anarchic days of the '80s and '90s, when Goosebumps terrorized our dreams and the Animorphs covers were considered appropriate for children, one fictional girl squad reigned supreme: The Baby-Sitter's Club. Even if you weren't a BSC super fan, you definitely had at least one to five battered up Baby-Sitter's Club paperbacks on your childhood bookshelf at any give time. You definitely saw that weird terrible movie (I most certainly had a bootlegged VHS tape of it). And you absolutely tried to start your own Baby-Sitter's Club with your real life friends, which promptly fell apart because no one actually wants to pay 13-year-olds all that much money to take care of babies. But now that you're an adult, you're surely keeping yourself up at night asking that age-old question: "What book can I read based on my favorite Baby-Sitter's Club member of yore?"

Now, of course, there were only four core members of the Baby-Sitter's Club: tomboyish Kristy, creative Claudia, shy Mary Anne, and Stacey (what was Stacey's thing? She was from New York?). But other members drifted in and out over the many, many books in the series. And if you're looking for a slightly more mature read based on theses classic characters, look no further: