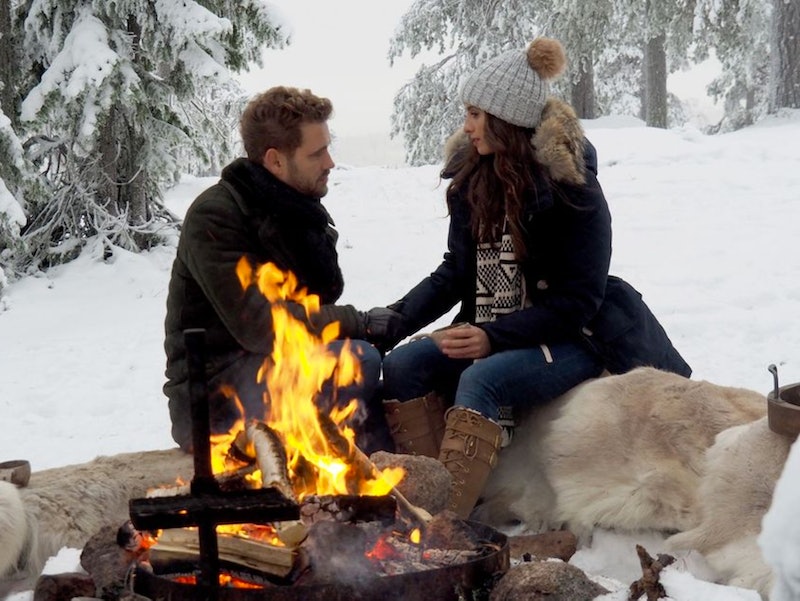 Judging from my Twitter timeline, just about everyone who watched The Bachelor: After the Final Rose on Monday night arrived at the same conclusion: Nick Viall and Vanessa Grimaldi looked miserable. Many even speculated that the newly affianced couple wouldn't stay together, zeroing in on their body language and all of the "relationships are hard" talk. Well, I am here to be a Positive Polly. Are you ready for my hot take about Viall and Grimaldi? Here it is: There's a clue that Viall and Grimaldi could last a long, long time.

I could be wrong here, but Viall planting a smooch on Grimaldi’s mouth just seconds after she spewed on that zero gravity simulator looks like true love to me. I'm not kidding. Though I've personally never experienced a spew smooch, I sincerely believe it is a sign of real and unconditional love. Again, I am not kidding.

Kissing someone post-vomit makes taking a number two with the door open while your significant other is home look like no big deal. As far as disgusting grand gestures go, a barf-coated make out is probably at the top of the list. Next-level relationship stuff that isn’t for the faint of heart (or stomach).

Find someone who looks at you like Viall looks at Grimaldi after she threw up.