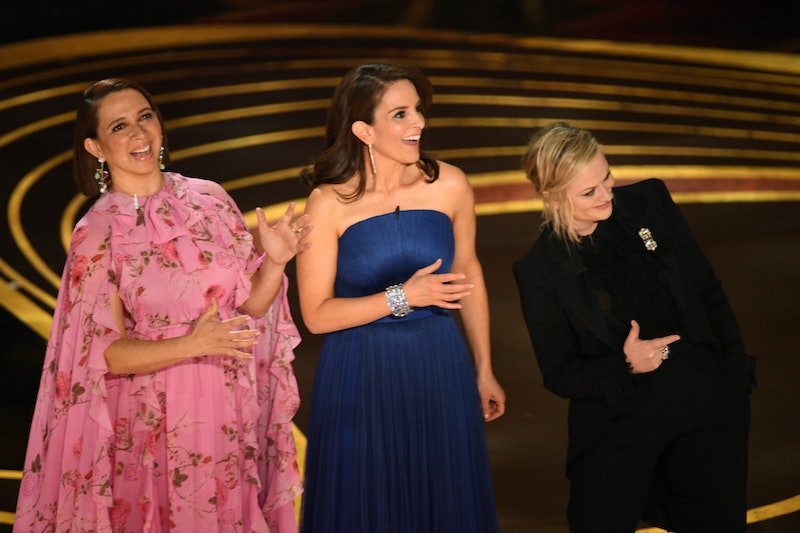 The show must go on, and on Sunday night, it did. For the first time in 30 years, the Oscars went without a host. And despite how satisfied or dissatisfied movie fans may be with individual winners, no one can really say that the ceremony didn't go off without a hitch. The Oscars should never have a host again after the 91st Annual ceremony. The presenters can clearly handle it.

Certainly the run up to the broadcast was plagued with a multitude of issues (the proposal and then postponement of the "Popular Film Oscar," one-time host choice Kevin Hart stepping down, after which seemingly no one wanted the job, the confusion over which Best Song nominees would be performed, and the Academy's reversal of its decision to give out some awards during commercial breaks, among others) laying the groundwork for a potential dud of a show. But the 2019 Oscars actually ran quite smoothly, making the case for the ceremony to go host-less in the future.

The show opened with a short set from the current members of Queen, now fronted by American Idol alum Adam Lambert, whose been touring with the band for several years now. Then came an appearance from Golden Globes three-time hosting champs Tina Fey and Amy Poehler, joined by their SNL cast mate Maya Rudolph. Honestly, if that trio of hilarious women were the surprise hosts for the evening, probably no one would have been disappointed, being that they actually know how to play the room and the home audience. But as it was, their short bit was just long enough to get in a few good movie jokes, some impersonations, and other gags that reminded us that their combined years of live experience in comedy should be treated like a serious asset.

And from there, the rest of the ceremony went surprisingly smoothly. The pacing felt good, there were no awkward pauses or dead moments, and despite some speech cut-offs (which would have happened with or without a host) nothing felt particularly rushed.

According to Vulture, a host can eat up "anywhere from 15 to 30 minutes of telecast time." And in recent years, those precious minutes have been taken up by some pretty atrocious gags. In 2014, Ellen DeGeneres used up precious minutes by serving pizza to the audience in a convoluted "Stars! They're just like us!" segment. In 2015, host Neil Patrick Harris attempted a magic act that was tedious from the start and puttered out pathetically by show's end. Two years ago, host Jimmy Kimmel hauled a group of overwhelmed tourists into the theater while the Oscars were happening, which went over slightly better than what he did last year, when he made famous actors hand out snacks and candy to unsuspecting audience members of an early screening of A Wrinkle in Time. Even Armie Hammer with a hot dog gun couldn't save the bit.

Without a host attempting to interject unfunny gags or add awkward segues, the ceremony was free to just continue on in a natural fashion, and do what it does best: award achievements in film. Nothing plodded or felt out of place, and the clumsiness of a host announcing a presenters who then in turn announce an award was thankfully gone, allowing the presenters to shine in their own bits. The setup was such a hit, that the positive response seemed universal, with industry members, critics, and the general public all voicing their support on Twitter.

ABC wanted a shortened broadcast, Variety reported, and while last night's show didn't come in quite at the three-hour mark that they were aiming for, it didn't drag on as long as others. Per Deadline, the ratings were actually up after five straight years of decline. It should be said that last night's ceremony also cut out those recurring movie montages that take up a lot of time and aren't everyone's cup of tea.

Instead of kicking off with a big, grand opening number and monologue, Oscars should stick to shorter bits like the Fey/Poehler/Rudolph opener, or the Awkwafina and John Mulaney matchup. In addition to shortening the ceremony, going without a host going forward would eliminate those uncomfortable interstitial bits that make the show drag, and avoid a staffing incident like the Academy encountered this year. Just because it's always been done one way doesn't mean that that choice is still right. The first host-less Oscars in recent memory was a success, and hopefully the Academy and the producers are taking notes.