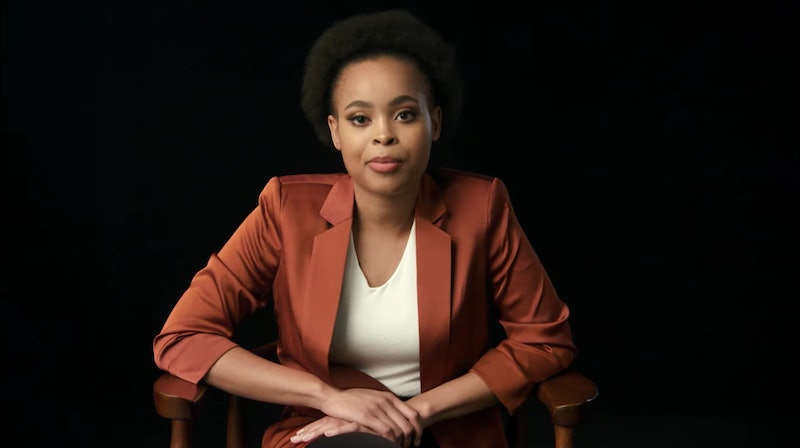 Early January, Lifetime's six-part docuseries, Surviving R. Kelly, completely shook viewers, survivors and the music industry as a whole with its unflinching look at the singer's alleged sexual abuse. Now, the story continues, as Lifetime released the trailer for Surviving R. Kelly Part II: The Reckoning on Wednesday, which chronicles the aftermath of the first season, including the federal sex charges that have were leveled against R. Kelly in July.

Surviving R. Kelly Part II: The Reckoning, which will premiere on Lifetime on Jan. 2, 2020, will feature interviews from new perspectives. In addition to psychologists, experts (both cultural and legal), the episodes will also introduce new survivors, including an interview with Kelly's ex-girlfriend and accuser Dominique Gardner. The three-night event will introduce viewers to new stories and details, and will investigate why the alleged victims went unheard for decades.

"Black women have been talking about this story since 1991," music journalist Jim DiRogatis says early on in the trailer. "Surviving R. Kelly accomplished making America listen to these stories." However, while the clip teases the progress that has been made in the cases against Kelly — and features prosecutors crediting the series for helping them collect alleged evidence against the singer — Part II doesn't shy away from the alleged threats and abuse that the victims have received as a result of sharing their story on national TV.

Kelly has been accused of sexual coercion, abuse and exploitation as far back as 1994, and the singer has repeatedly denied the allegations against him. In 2008, Kelly was acquitted of child pornography charges, though rumors of his alleged abuse and misconduct have persisted in the years since. In 2017, a BuzzFeed report detailed allegations claiming that the singer was operating a sex cult. In response, Kelly told The New York Times that the report was an "attempt to distort my character and to destroy my legacy."

However, once Surviving R. Kelly aired in January, things began to change; in response to the 50 interviews with Kelly's family, colleagues, and the women who accused him of alleged abuse, the Rape, Abuse & Incest National Network (RAINN) reported a 27% increase in calls, while Lifetime reported that all sexual assault hotlines featured a 35% increase in calls overall. The #MuteRKelly movement gained even more attention and support, with Spotify temporarily pulling his catalog from the streaming service, and on Jan. 18, Variety reported that Kelly had been dropped from his record label, Sony Music.

In the wake of Surviving R. Kelly and his arrests, Kelly has maintained his innocence, telling Gayle King in an interview for CBS News that the rumors and allegations were "not true." The singer was particularly incensed by claims that he was holding women against their will, saying that the accusations were "stupid," and that he was "fighting for his life" against the new wave of arrests and accusations.

While it remains to be seen whether or not Kelly will go to trial over the sexual abuse allegations, the first trailer for Surviving R. Kelly Part II makes it clear that there is more of the story that needs to be told.

More like this
Dr. Anna Pou Is Still Practicing Medicine After Facing Murder Charges
By Brad Witter
'Children of the Underground' Subject Faye Yager Now Runs A North Carolina B&B
By Brad Witter
The 'Black Bird' Stars Are Both Heading Back To Apple TV+
By Brad Witter
An Ultimate Guide To The Music Of 'Rap Sh!t'
By Brad Witter
Get Even More From Bustle — Sign Up For The Newsletter