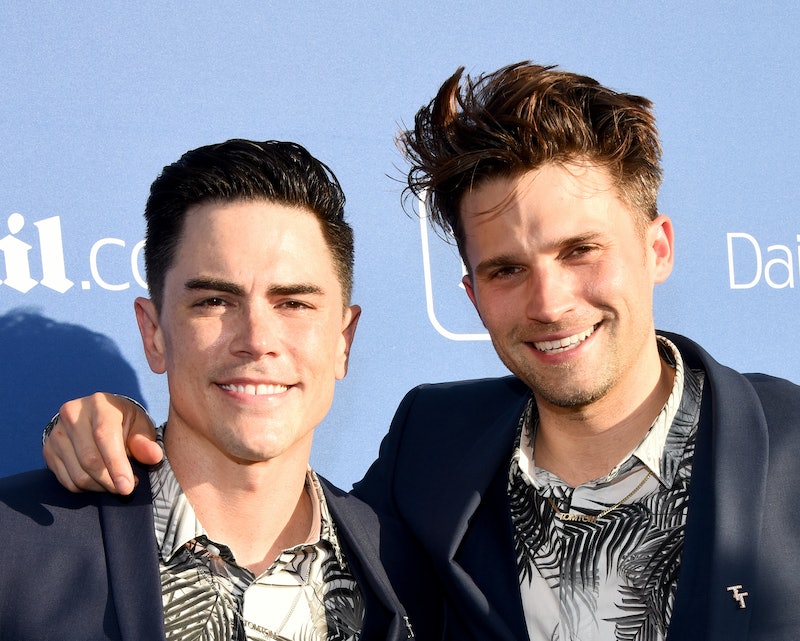 The relationships on Vanderpump Rules are constantly evolving. Still, through all seven seasons, one duo has the strongest bond: the Toms. Unlike other relationships within the cast, their friendship is not that complicated. Instead, it's (mostly) full of entertaining moments. Let's take a look back with a timeline of Tom Sandoval and Tom Schwartz's friendship. *Cue the signature Sandoval cry of joy in response to all of the bromantic memories.* Hopefully, Sandoval has another dog to wipe his tears on. If not, Schwartz's shoulder is more than enough to lean on.

Most of the people on this show go from being friends to enemies — with all variations of frenemy status in between — but not Tom and Tom. They are each other's biggest champions. In fact, it sometimes feels like Sandoval's girlfriend Ariana Madix and Schwartz's wife Katie Maloney could be the third wheel if either of them is around the pair. They are just that loyal and loving.

Unfortunately, happy times don't usually make for great television, but that's not the case for Schwartz and Sandoval. Their love fest has blessed the fandom with plenty of iconic quotes and GIFs throughout the years. Everyone should be so lucky to have a friend like either Tom. They've gone through so much while having the best time together, at least for the most part.