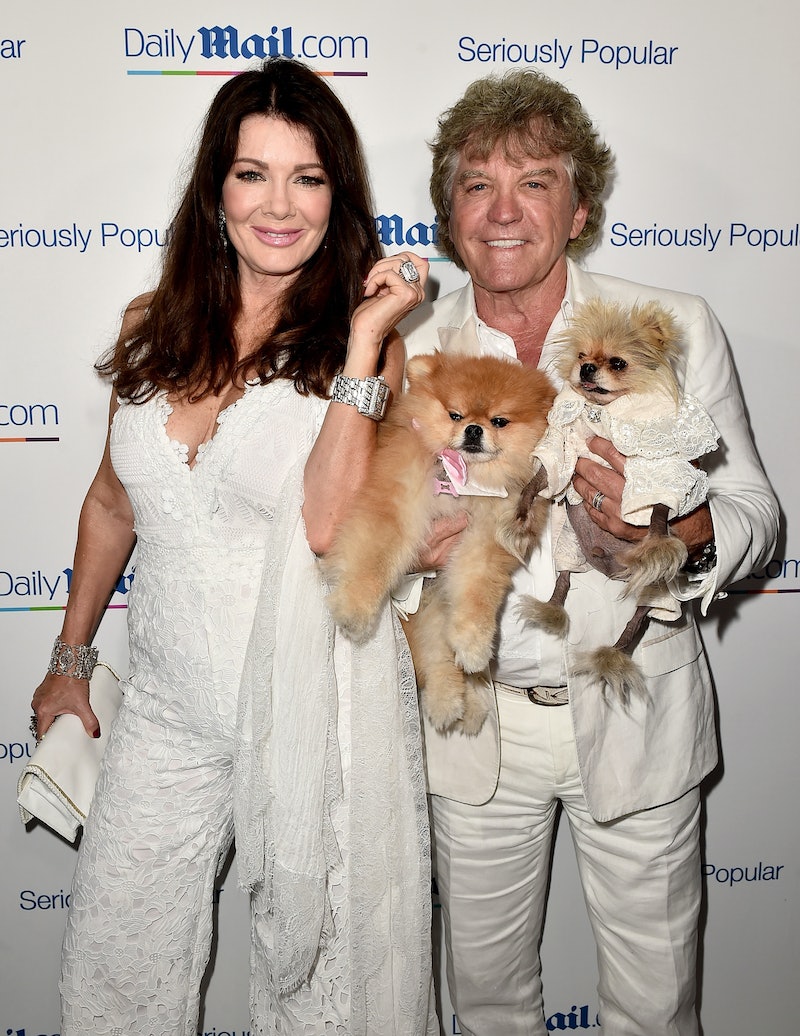 SUR has literally gone to the dogs. In a new video from Bravo, Lisa Vanderpump's pup Giggy falls asleep while watching Vanderpump Rules with his friends at Vanderpump Dogs. He slips into a dream about a dog version of Vanderpump Rules, a SUR-real world where LVP's restaurant empire belongs to a dog who has an affinity for pearls and fuchsia blouses. All of the Sexy Unique Stars of Pump Rules have been replaced with canine actors who all happen to sound exactly like their human counterparts. The pooch-ified version of The Real Housewives of Beverly Hills offshoot that appears to LVP and Ken Todd's pet Pomeranian in a dream? Why, it is called Vanderpup Rules. Because of course it called Vanderpup Rules.

And duh, Vanderpup Rules offers up some excellent paw-tent. The Ariana Madix dog sniffs the Tom Sandoval dog’s rear end. The Tom Schwartz dog and the Tom Sandoval dog open the dog version of Tom Tom and howl behind the bar. The Kristen Doute dog chews on a squeaky toy and the Brittany Cartwright dog asks her to “stop playing with Jax’s balls.” The Lisa Vanderpump dog says something about poop on the carpet. The Lala Kent dog and the James Kennedy dog share some (not about the) pasta à la Lady and the Tramp. All of it is beautiful. Giggy's dream is, well, a dream.

This video could go on for another 17 hours, and I would watch every second with a doofy grin on my face. Oh, also? If you've always wanted to know what Giggy's voice sounds like, today is your lucky day.

Dogs have always been a huge part of the Pump Rules universe, and this parody, er, dream could not feel more right. Series matriarch LVP runs non-profit the Vanderpump Dog Foundation, opened the Vanderpump Dog Rescue Center, and has her very own line of pet accessories. And let us not forget about the four-legged buddies who regularly steal scenes on Pump Rules with a-paw-lomb. It is the reality show where a dog helped a human wipe his tears away in the middle of a wedding ceremony. It is the show where a human being put her canine sidekick in a Boba Wrap before they headed out to a dog event together. It is the show where a human threatened to knock someone spark out while holding two Pomeranians. It is the show where two Pomeranians remained completely unfazed as their human/their mode of transportation threatened to knock someone spark out.

The Vanderpump pups really do rule.

It’s been over six months since Season 6 ended. Six long, exhausting months that have been neither sexy nor unique. Thankfully, our Sexy Unique Drought is almost over. The seventh season of Vanderpump Rules will premiere on Monday, Dec. 3, and as the trailer has made abundantly clear, it will be yet another tremendous chapter in the Sexy Unique Story. This season, there will be drama. There will be dancing. There will be drinking. And, as always, there will be dogs.