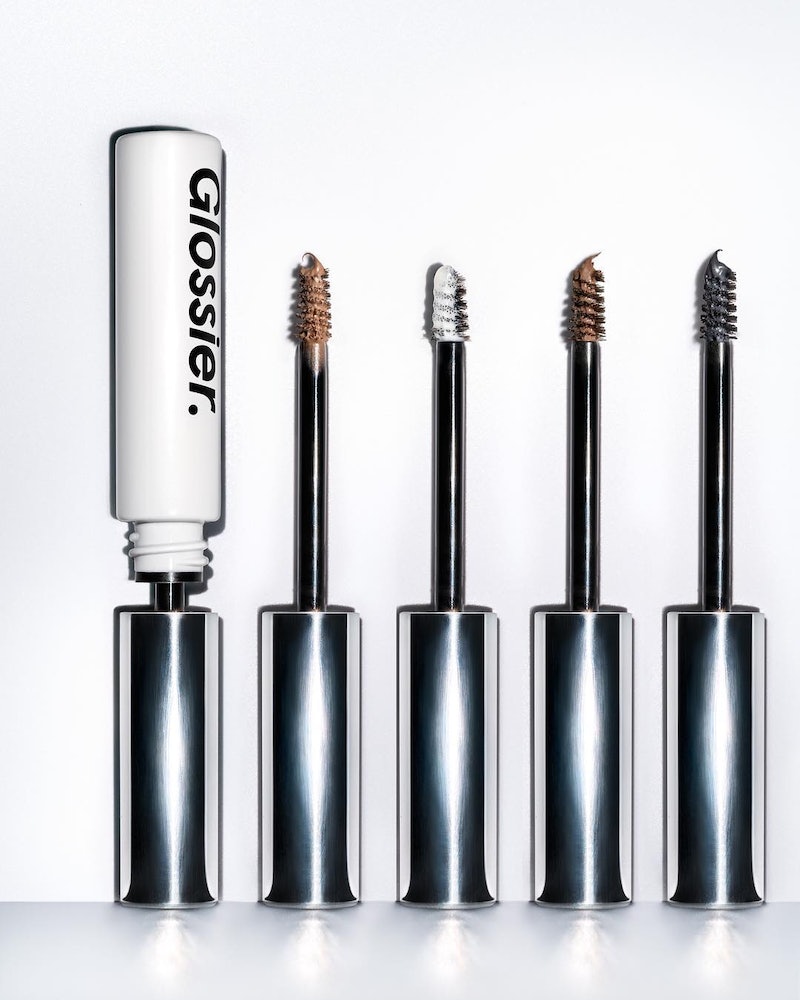 Halloween may as well be a second Christmas for makeup lovers. You get to throw glitter and eyeliner and all kind of things at your face, and no one even blinks an eye. While your Euphoria-inspired look is probably banging, this baby's Glossier Boy Brow costume just won the internet and celebrated makeup all at the same time.

New York-based esthetician Sofie Pavitt just gave every beauty lover a costume idea for themselves or their little ones for next year. In an Instagram image posted to Pavitt's account, viewers can see her newborn son as Glossier's iconic Boy Brow for Halloween. She captioned the image, "ITS A BOY! (BROW)... WHO READY TO BUY THIS JUMBO SIZE?" and tagged the brand. Not only is the get-up heart-meltingly adorable, but according to the skincare studio owner, it was also easy to create.

Pavitt told Allure, that the costume was made of a white pillowcase with black felt letters that she attached herself. As for the black cap, it's just cardboard. Of course, she added a bit of brow to her son's own because well, he is dressed up as Boy Brow. Pavitt even went so far as to create an entire Glossier-inspired video advertisement featuring her ultra-son as the lead product as star. Even Pavitt herself got in on the action creating the pink plastic bag synonymous with Glossier deliveries.

While sure, celebrities like Demi Lovato and Ariana Grande are all doing their own, over-the-top looks for Halloween, kids in costumes are really where it's at. Some celebrity children have even surpassed their parents when it comes to what they're wearing for the spooky holiday.

Just a few days ago, Kylie Jenner made headlines when she dressed up her daughter Stormi as herself. In the photo posted to Jenner's Instagram account, her daughter donned her very own mini version of Jenner's 2019 Met Gala gown and purple wig.

While you're scrolling Instagram waiting for the next celebrity to post their Halloween look, maybe keep an eye out for their kiddos, too.