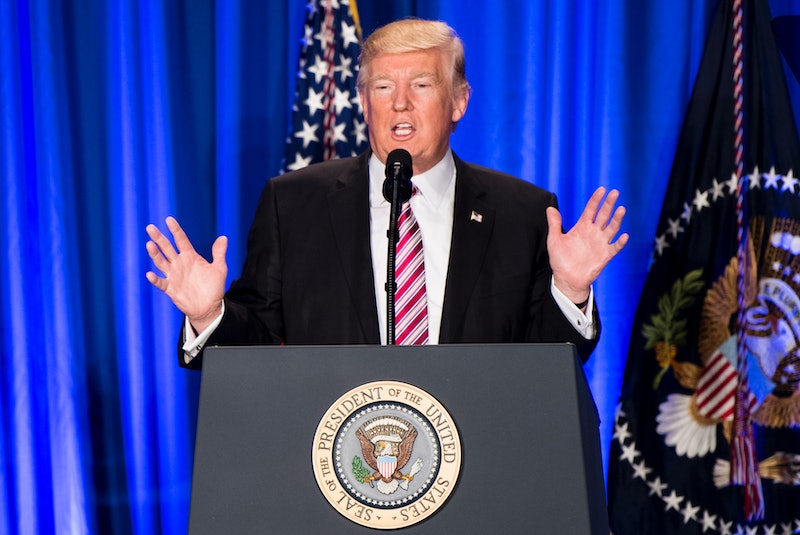 In his first week as POTUS, Donald J. Trump has done little to endear himself to most people in the U.S. and the world at large. His executive orders have sparked sweeping changes to health care, immigration, women's rights, and trade, and now you can see how even this historic library has changed during Donald Trump's presidency.

Barack Obama was a literary president. He left us with book recommendations for future leaders, a college reading list for his daughters, and the hope of seeing another of his books on store shelves in the near future. Construction of his library, the Obama Presidential Center, is currently planned for Chicago's Jackson Park.

Unlike his predecessor, Trump has been cagey, at best, when asked questions about his favorite reads. His avoidance of all things literary has been so intense that, in the days before the 2016 general election, Samantha Bee questioned whether Trump was "just like Jared Leto" in My So-Called Life. Trump has given a number of characteristic book recommendations over the last few months, including The Art of the Deal by Donald Trump, Surviving at the Top by Donald Trump, and All Quiet on the Western Front by Erich Maria Remarque. As I pointed out on Tuesday, the only book confirmed to be in Trump's ownership is My New Order by Adolf Hitler.

So just how did Donald Trump change a historic Washington, D.C. library to suit himself? MSNBC's Chris Hayes tweeted a photo from a White House contact to show us. Taken inside the Eisenhower Executive Office Building, the picture shows what visitors to the EOP Library — which originally housed "[George] Washington's sword and [Benjamin] Franklin's crabtree walking stick" — see when they enter the room.

It's gonna be a long four years, folks. Read up and rise up.