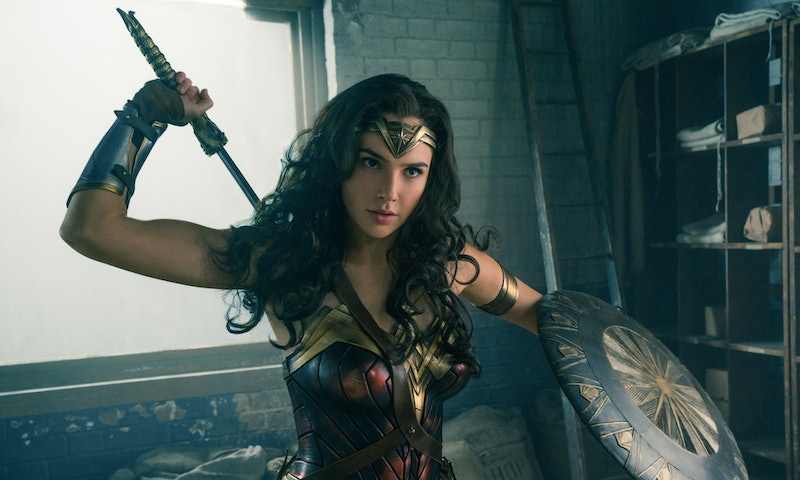 After a half-decade that included massive hits like Wonder Woman, Crazy Rich Asians and Moana, one thing has become very clear when evaluating the average movie: Women have the potential to make your film a massive success. And that has never been more explicit than in a recent study from Creative Artists Agency (C.A.A.) and shift7, which found that movies starting women made more money than those starring men from 2014-2017. The findings underline the fact that diversity does well at the box office — so Hollywood no longer has an excuse for not producing films that embrace diversity, both onscreen and behind the scenes.

According to the New York Times, the study also found that films that passed the Bechdel test — which evaluates female representation in film, based on whether or not there are multiple female characters, and if they talk to each other about something other than a man — also outperformed other films that failed the test. In other words: Well-written female characters are the secret to box office success. "The perception that it’s not good business to have female leads is not true," Christy Haubegger, a C.A.A. agent who was part of the research team, told the NY Times. "They’re a marketing asset."

These findings echo a 2017 report, also published by C.A.A. which found that films with a diverse cast performed better across all budgets than those with a homogenous cast. At the time, the study — which looked at 413 recent releases, and found that those with a cast of at least 30 percent actors of color outperformed those with a primarily white cast — suggested that a more diverse cast meant a more diverse audience, which brought in more money at the box office.

For their latest study, C.A.A. and shift7 looked at 350 films that were released between 2014 and 2017, and determined whether they were "female-led" or "male-led" based on the performer who was listed first on Gracenote, a data and technology provider. (On Gracenote, for example, The Force Awakens and The Last Jedi list Harrison Ford and Mark Hamill, respectively, as the lead, making it male-led; Teenage Mutant Ninja Turtles lists Megan Fox as the lead, making it a female-led film.)

The study also broke down the data by budget size, with major tentpole films with budgets over $100 million being considered a major part of studio business, and thus, needed to be evaluated on their own. Looking at the films that were made for budgets of $10 million, $10 to $30 million, $30 to $50 million, $50 to $100 million and over $100 million, average earnings for films that starred women surpassed male-led films in every single category.

Both studies were part of an effort from C.A.A. to encourage studios and producers to hire more women and people of color for onscreen and behind-the-scenes roles. And since Hollywood is, at its heart, a business, the findings of the study should help illuminate to studios that by thinking diversely — both in terms of gender and ethnicity — they will actually help their bottom line.

But even though all of these statistics and studies might prove that hiring a diverse cast and crew is a great way to make money, that doesn't mean that fans can expect a major surge of female and POC-centric films to hit movie theaters any time soon. The New York Times even tweeted that these findings were a "surprise," which helps contribute to the idea that successful films with a diverse cast are a "one-off," rather than the norm. And that perception really flies in the face of everything that these findings have uncovered in recent years.

Since much of Hollywood still abides by the false notion that men don't want to see female-led films — which can easily be disproved by the fact that the top three highest-earning films of 2017 were Wonder Woman, The Last Jedi and Beauty and the Beast — every blockbuster release that centers on a female character or has a female-led story is seemingly posited as a "risk." After all, it took nearly 10 years for Wonder Woman alone to be made, despite the fact that fans had been clamoring to see Diana onscreen once the superhero genre began experiencing a rebirth in cinemas.

In 2014, DC Entertainment's president, Diane Nelson told The Hollywood Reporter that Wonder Woman "has been, since I started, one of the top three priorities for DC and for Warner Bros," before noting that "she's tricky." Once the film was finally released, in 2017, it quickly became the most successful domestic release of the DC Cinematic Universe, according to the Los Angeles Times.

"It’s been proven so many times that female-led movies can make money," TCM host Alicia Malone told USA Today May 2017, about Hollywood's reluctance to make a female-led superhero film. "But Hollywood still seems to have a little bit of amnesia and they always see these as the exceptions to the rule rather than the rule. The comic-book superhero genre has been so male-dominated for such a long time and it was seen as a big risk to take it in a different direction."

Hopefully, these findings will put that notion to bed once and for all, as clearly, having women is actually just a very smart business decision. After all, in 2016 the MPAA found that 52 percent of moviegoers are women, which makes them a massive audience that most studios aren't catering to when.

Of course, women are not the only movie-going audience that major studios aren't catering to: minorities are more likely to attend the movies on a regular basis, and those audience members are even more likely to attend films that reflect themselves onscreen. Two of 2018's biggest releases helped solidify that theory, with Black Panther raking in over $1 billion worldwide and Crazy Rich Asians becoming the top grossing rom com of the last 10 years. Both films were also major critical successes, which has resulted in awards returns as well. Crazy Rich Asians earned two Golden Globe nominations and a Screen Actors Guild nomination for Best Ensemble; Black Panther landed a Best Motion Picture, Drama nod at the Golden Globes as well as its own Best Ensemble SAG nomination.

Unfortunately, all of those statistics, box office returns and even awards nominations doesn't seem to be enough to change the way that Hollywood continues to make films. There seems to be no possible reason for studios to ignore these findings, and yet in recent years, there hasn't been a significant change in the way movies are made, cast, and catered to a white, male audience.

According to San Diego University, the number of female protagonists with speaking roles in 2017 dropped 5 percent from the year before; USC's Media, Diversity, & Social Change Initiative 2017 report found that in general, the percentage of female speaking roles in films has remained relatively static since 2007, at around 30 perfect.

Things are even worse for actors of color, who made up only 13.6 percent of leading actors in films in 2016, according to the UCLA Hollywood Diversity Report, and yet, the report also found that minorities accounted for most of the ticket sales for the top 10 films of 2016. Those numbers prove that like women, minorities are one of the largest audiences of people attending movies, which means that studios shouldn't shy away from catering to them just as much as they cater to white, male audiences.

These numbers all support the idea that audiences are hungry for something new, something different and something that reflects their own reality — so why won't Hollywood step up and make films that answer that hunger? The idea that studios have released three different iterations of Spider-Man and five different versions of Batman before releasing Black Panther or Captain Marvel is simply disrespectful to the audience they're claiming to cater to, especially when the box office numbers of films that star both women and diverse casts are taken into consideration.

In an effort to cater to their own biases against women and actors of color, studios are actively hurting their own bottom lines, and that bias carries over to the audience who shows up to see their movies.

The 2017 box office proved that women were willing to turn out in droves to support female-led films; Wonder Woman's ticket sales were helped along by a large population of older, female moviegoers, who turned out to support the film, according to Variety. The 2018 box office results should prove that people of color are just as interested in seeing their own stories told on the big screen as well. According to Fortune, 37 percent of Black Panther's record-breaking opening weekend audience was African-American, and 40 percent of Crazy Rich Asians' opening weekend audience was Asian, according to MarketWatch. None of this should be considered a "surprise" any longer, and studios can no longer rely on the idea that the only thing that sells is a white, male hero.

If nothing else, these new findings should make it clearer to money-focused studios that they're leaving millions on the table by simply clinging to their old-fashioned ideas. People want new stories. They want diverse stories and they want to see those stories told by diverse voices, and they will put their money where their mouth is when it comes time to support those projects.

So, Hollywood, it's time to step up to the plate and give the people what they want. Frankly, at this point, there are no reasons left for them not to.