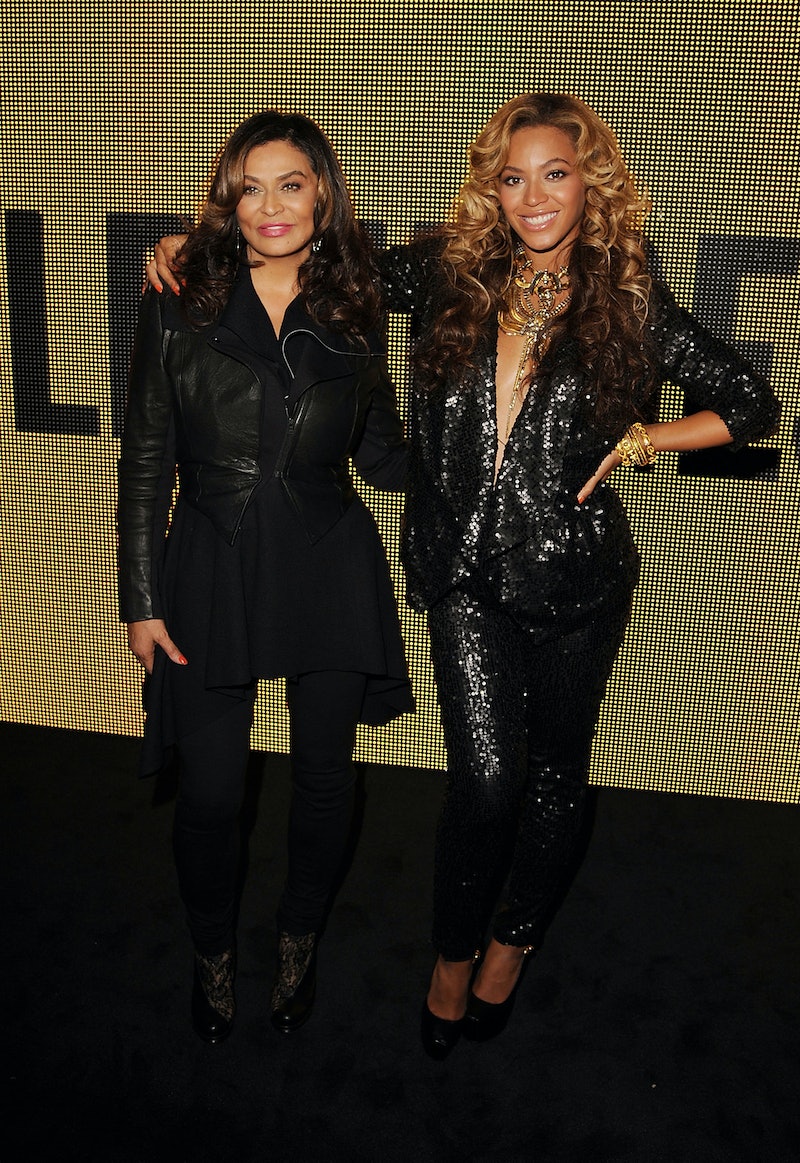 It's no exaggeration to say the video of Beyoncé singing “Happy Birthday” to her mother Tina Knowles Lawson feels like a birthday gift to each and every one of us. Yes, even if your birthday is 10 months away. You do not have to wait. Let this timeless gift in your heart now. Happy B'Day to you.

The Knowles family matriarch turned 65 on Friday, Jan. 4, and that night, Richard Lawson surprised his wife with a birthday bash fit for a queen. Knowles Lawson graciously shared a bunch of videos and photos from the evening. Among those videos and photos is a clip of Bey leading the party in singing "Happy Birthday." And as previously noted, the clip of the living music legend holding a microphone and kicking off a group singalong of "Happy Birthday" as JAY-Z smiles and claps along next to her really is something to be treasured.

This party had Bey standing at the helm of the "Happy Birthday" singalong ship, a star-studded guest list, Ms. Tina and Bey dancing together, and crowns for Ms. Tina and Bey. But you don't have to take my word for it. Thanks to a video montage Knowles Lawson posted over the weekend, you can feel like you were part of the festivities. (OK fine, you will not actually feel like you were part of the festivities, but you will definitely feel a surge of joy. And that is still something.)

You can watch another video of the "Happy Birthday" singalong here.

But wait, there is even more fantastic from Knowles Lawson’s surprise party. In one of the several glorious videos of the evening, Lawson proudly tells the room of attendees they “pulled this sh*t off," which was apparently much easier said than done. “You know how difficult this is with Tina Knowles Lawson?” he laughs. “Tina is suspicious about lint.” And then he talks about lint and it is absolutely beautiful.

But it sure looks like he succeeded in pulling the lint over her eyes and making this surprise party happen. As Knowles Lawson wrote on Instagram, "I am almost impossible to fool so my wonderful hubby Richard did an amazing job of keeping this party a secret that’s major."