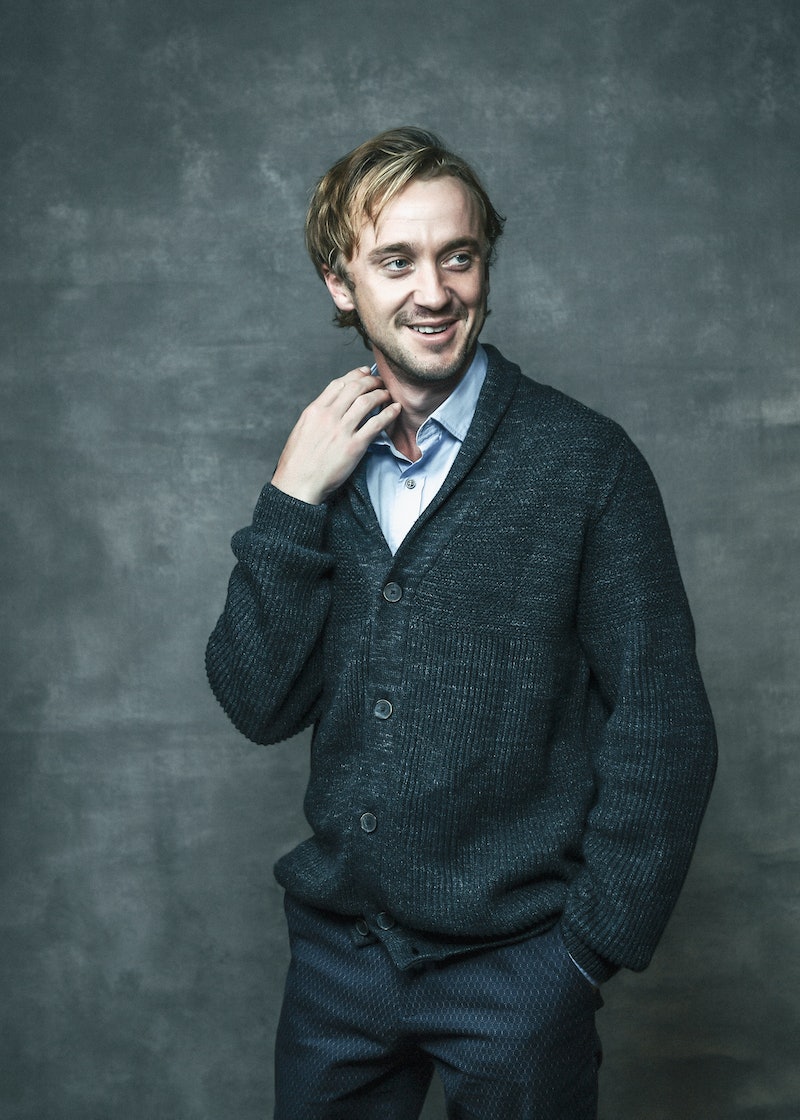 In a new interview with Pottermore, Harry Potter stars Tom Felton (aka Draco Malfoy) and Warwick Davis (aka Professor Flitwick) were asked which magical pet they would most like to own, if they had the chance. As a result, we learned that Tom Felton's favorite magical creature hasn't been invented yet, and that Warwick Davis would prefer to give magical powers to his dog Sherlock instead of adopting a new pet.

Now, I think most of us, if asked to choose any magical creature to keep as a pet, would be inclined to pick something entirely impractical, such as a Niffler, an Occamy, or a three-headed dog. Felton's choice certainly isn't practical, but it's also not quite as mythical as you might like. In fact, the most magical thing about it is how adorable it is.

The man you grew up recognizing as Draco Malfoy declared a pink lion to be his magical creature of choice. He admitted that such an animal did not exist in the Harry Potter books, but joked that perhaps J.K. Rowling could "whip [him] one up." I am not as acquainted with Rowling as Felton is, but I cannot say with any confidence that she's keen to manufacture new creatures on demand.

Of course, Steven Universe fans know that there is one place you can find a pink lion. The title character of the Cartoon Network series met his late mother's pet Lion in the 10th episode of Steven Universe Season 1. As magical creatures go, the Lion has a lot of useful abilities, including the power to create pocket dimensions that can store cumbersome belongings.

Felton does not give any indication that he has Steven Universe on the brain when he answers Pottermore's question, but the actor does note that he has "just found out [his] Patronus is a cat," and that that has led to his "thinking all sorts of feline thoughts." Perhaps a pink lion was just as ridiculous an animal as Felton could think of at that moment. Surely someone has told him about Ilvermorny's House Wampus, though, right?

As for Warwick Davis, who portrayed both Professor Flitwick and Griphook in the Potter films, his devotion to little Sherlock is quite admirable. He doesn't want to grant his pet pooch much in the way of special powers, just the ability to "[c]ome back when I call him," which, if we're being honest here, is all any dog owner really wants.

What magical creature would you want as a pet? Let's talk about it on Twitter!