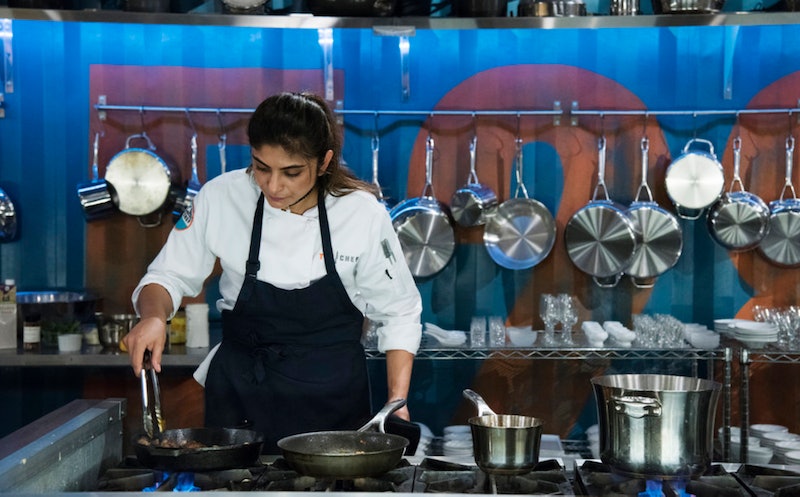 On Friday, Jan. 25, New York chef and Top Chef star Fatima Ali died from a rare form of cancer. She was 29. Ali’s family confirmed the news of her death to Pakistani newspaper Dawn. In a statement provided to People, a representative for Bravo said,

“We are deeply saddened to share the news that Fatima Ali has lost her courageous battle with cancer. Our thoughts are with her family and friends at this time. People not only fell in love with her cooking, but fell in love with her personality and heart. We hope that the beautiful memories shared with her will provide comfort to everyone who knew and loved her.”

An accomplished chef, Ali was the youngest person to hold the title of Executive Sous Chef at Macy’s Stella 34. She also went on to become the Executive Sous Chef at La Fonda Del Sol. In 2012, she became the first Pakistani woman to win Food Network series Chopped. Several years later, she was a contestant on the 15th season of Top Chef.

Ali was diagnosed with Ewing’s sarcoma in 2017 and was declared cancer-free the following year. However, in September 2018, she learned the cancer had returned. In an essay for Bon Appétit, Ali wrote,

“The cancer cells my doctors believed had vanished are back with a vengeance in my left hip and femur bone. My oncologist has told me that I have a year to live, with or without the new chemotherapy regimen. I was looking forward to being 30, flirty, and thriving. Guess I have to step it up on the flirting. I have no time to lose.”

After the Bon Appétit piece was released, Top Chef host Padma Lakshmi posted a photo she took with Ali in the hospital, as well as a long and moving message. "You’ve said on the show that growing up I inspired you," Lakshmi wrote near the end of the thread. "But Fati, now, it’s you who inspire me."

On Jan. 10, Ali shared a heartbreaking health update on Instagram. “I know it’s been ages since I posted and most may have figured out why,” the post began. “I’m sick and unfortunately I’m getting sicker.” She asked her followers for prayers and said she would “try to keep everyone updated.” Sadly, this was Ali’s last post.

Last week, members of Ali's Top Chef family traveled to Los Angeles to spend some time with her. Season 15 alum Bruce Kalman wrote on Instagram, "We all came together, flew in from as far as Alaska, to see this beautiful lady, and got to have some laughs with her. We love you so very much @cheffati." Along with a photo of the group, Melissa Perfit of Season 15 posted,

"So bittersweet to see all these amazing friends come together to see our sweet @cheffati. It’s impossible to explain how we all feel. You are so amazing. We love you so much."

Kalman broke the news of her death on Friday, writing,

"It’s with a heavy heart we say goodbye to Fatima Ali today, as she has lost her battle with cancer. I will miss you Fati, and you will be in my heart forever. I’ll always remember the great times we had, especially our interview during the tailgating episode discussing football, stadiums, and Taylor Swift."

All the love to Ali's family, friends, and Top Chef family during this difficult time.