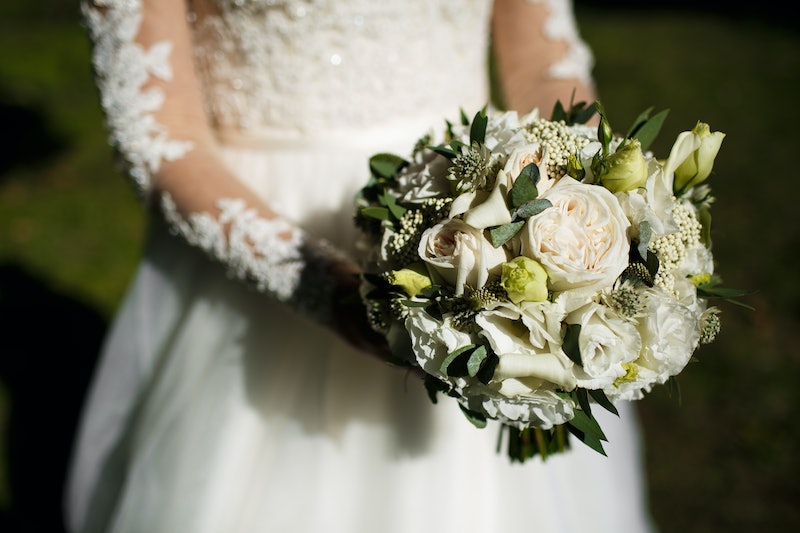 There's a classic moment in many weddings where the bride winds up and pitches her bouquet into a crowd of friends, who then scramble and elbow each other in an effort to catch it. Plenty of people like to toss the bouquet, and it's all in good fun. But for others, the tradition just doesn't feel right.

"The purpose of the toss is to gather all the maidens together so the bride can lob the luck of marriage to the group," Katherine Frost, wedding planner and owner of A Frosted Affair, tells Bustle. It all started as a way to "help out" the single folks in attendance, and give them a bit of hope that, one day, they too will be so lucky to wed.

When you think about the origins, the idea does seem a bit dated. But that's not the only reason you may want to replace it. "Some brides might not want to do this tradition because all of her friends are married or in a relationship, so there is no one there to catch it," Lauren Davis, event planner and owner Live the Dream Events, tells Bustle. "Or they’d like to keep the bouquet as a keepsake."

Whatever the case may be, there are plenty of alternatives to tossing the bouquet, if you aren't into it. So read on below, and take your pick.