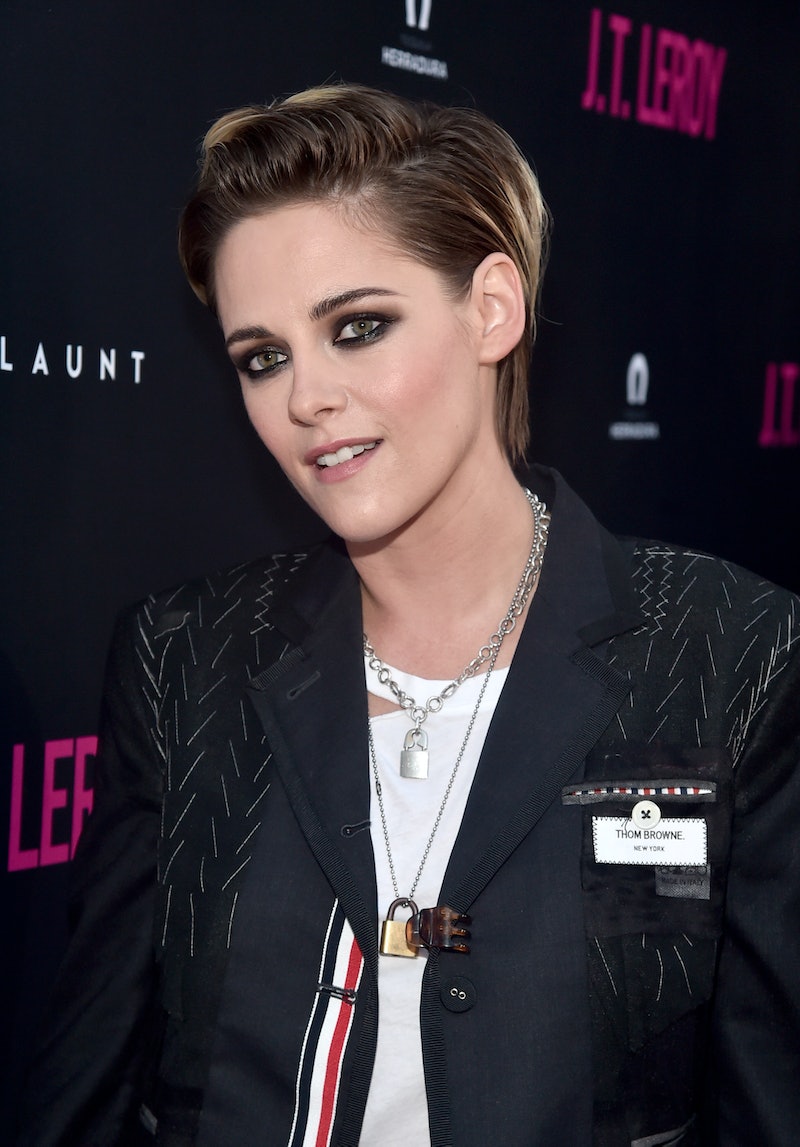 Growing up in the public eye is never easy, but especially, not when you're part of a cultural behemoth like Twilight. But Kristen Stewart isn't just "the girl from Twilight." And in a new interview with Vanity Fair, she talked about how that level of stardom affected her professionally and personally, and explained exactly how she managed to get past that identifier.

In Vanity Fair's September cover story, Stewart talked about not wanting to be judged by her Twilight fame. She doesn't want to just be Bella Swan forever and also doesn't want to be the subject of tabloid fodder either. Over the course of the vampire romance series, fans were as obsessed with Stewart and her then boyfriend Robert Pattinson as they were Bella and Edward Cullen, the dreamy vampire Pattinson played.

That tabloid attention was why Stewart wanted to work with indie directors like Kelly Reichardt and Olivier Assayas, who she worked with on 2014's Clouds of Sils Maria and again two years later on Personal Shopper. Working on smaller films allowed her to escape the spotlight for a little while and check her Twilight baggage at the door.

“It gave me a chance to not weigh something down," Stewart told Vanity Fair. "It was so much bigger than me. My baggage was so minuscule in comparison to what [Reichardt’s and Assayas’s] story lines are, as filmmakers. I was finally given a chance to be looked at, not as this thing in this celebrity-obsessed culture that was like, ‘Oh, that’s the girl from Twilight.’”

That time also helped Stewart find herself, to prove to herself that she wasn't just the "girl from Twilight." She admits now, though, that it wasn't always easy to see herself as other people saw her. "I think I’ve grown out of this," she said, "but I used to be really frustrated that because I didn’t leap willingly into being at the center of a certain amount of attention, that it seemed like I was an asshole. I am in no way rebellious. I am in no way contrarian. I just want people to like me.”

And she hopes they like her for who she is now, which is someone who can play a full range of characters onscreen. Seriously, just watch the trailer for the Charlie's Angels reboot, in which she plays a kickass action star alongside Charlie's other angels Naomi Scott and Ella Balinska.

With her next project, Stewart is looking to get behind the camera. For her full length directorial debut (Stewart directed the 2017 short Come Swim) she's adapting Lidia Yuknavitch’s memoir The Chronology of Water, which looks at gender, sexuality, and the female body.

When talking to Vanity Fair, she said that Yuknavitch's coming of age story is one of a girl who is "really dirty, embarrassing, weird, gross," which is something she hasn't seen yet. In fact, it reminded her of a certain teen movie from her youth.

"I grew up watching f*cking American Pie," she said. "These dudes jacking off in their socks like it was the most normal thing, and it was hilarious. Imagine a girl coming—it’s like, what, so scary and bizarre. I feel like I started reading her stuff, and she was articulating things that I’m like, ‘Dude, I didn’t have the words for that, but thank you.’”

Stewart told the magazine that it's "harder for me to be an actor as I’m getting older." But, as she has shown the world in the years since Twilight, there's still a whole lot more for her to offer Hollywood.