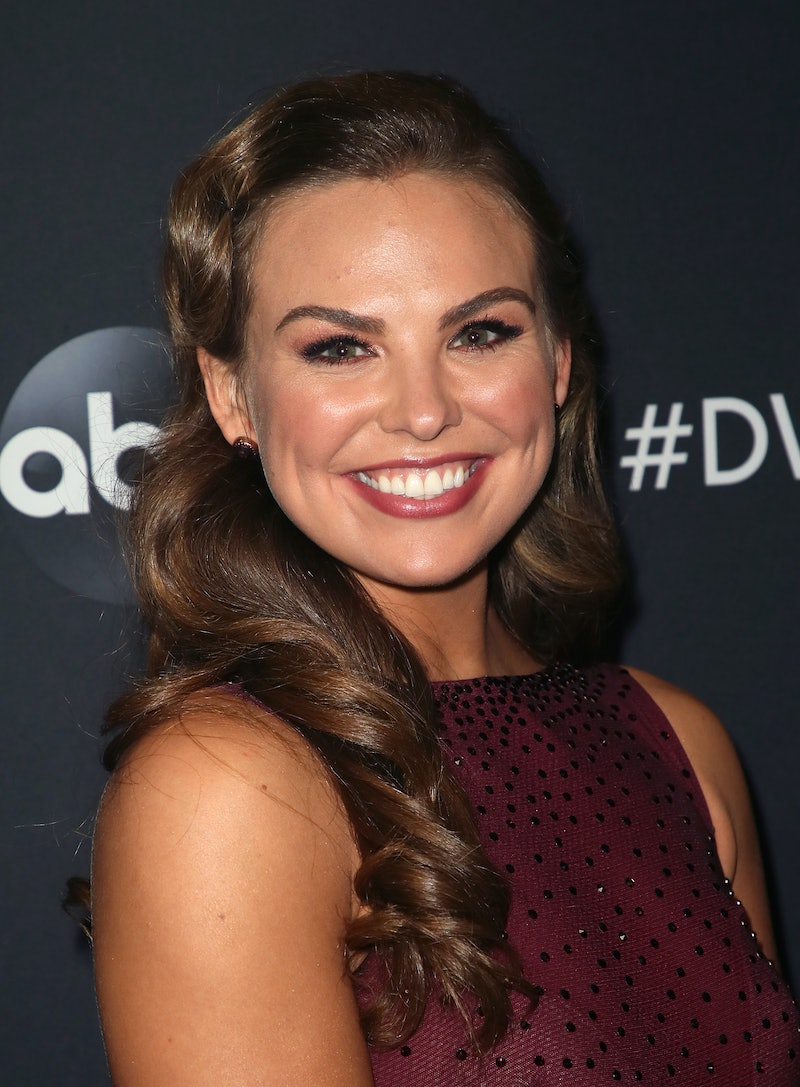 The self-proclaimed quarantine crew has outdone itself this time. On Thursday, Mar. 19, Hannah Brown and Tyler Cameron posted a TikTok making fun of the romance rumors swirling around them as they isolate together with some of their pals in Florida. Their group isn't modeling the best social distancing behavior (stay at least six feet apart, people), but seeing Hannah and Tyler take on the "Flip the Switch" challenge in such a hilarious manner is the distraction Bachelor Nation needs right now.

Since arriving in Florida last weekend, Hannah and Tyler have dubbed their group of friends (including future Bachelorette contestant and Tyler's roommate Matt James) the "quarantine crew" and they've been living it up on TikTok. Their most recent video finds Hannah and two of her pals dancing to Drake's "Nonstop" in front of a mirror. Then the switch gets flipped to find Tyler, his brother Ryan, and another friend dancing to the song while wearing the girls' workout tops and pants — Tyler is wearing Hannah's ensemble, of course.

The video is funny all on its own, but it's the caption that makes it a classic. The group wrote: "BREAKING: Tyler finally got into Hannah's pants." Clearly, the caption is meant to be a well-timed jab at the rumors that Hannah and Tyler have reignited their Bachelorette romance in Florida.

As much as Bachelor Nation wants Hannah and Tyler to reunite romantically, the pair insists they're just friends. "There is definite chemistry between Hannah and Tyler, but they are not dating," a source told E! News. "They both have expressed they are not in a position to date right now but do care about each other. They have both been through a lot recently and are supporting each other through it."

Tyler's mother, Andrea Cameron, passed away earlier this month, and according to E!'s source, Hannah is helping him through this difficult time. "Tyler has definitely been leaning on Hannah and it feels very comforting to have her around," they said.

Hannah flew out to support Tyler shortly after his mother's passing, only to return last weekend to spend more time with him and his friends. Given that the group is now posting TikTok videos under their "quarantine gang" handle, they could be planning to hunker down together for some time. While everything feels uncertain in the world right now, knowing that Hannah and Tyler will likely be serving up more TikToks as their extended hangout continues is something to look forward to — even if they don't end up reuniting romantically.