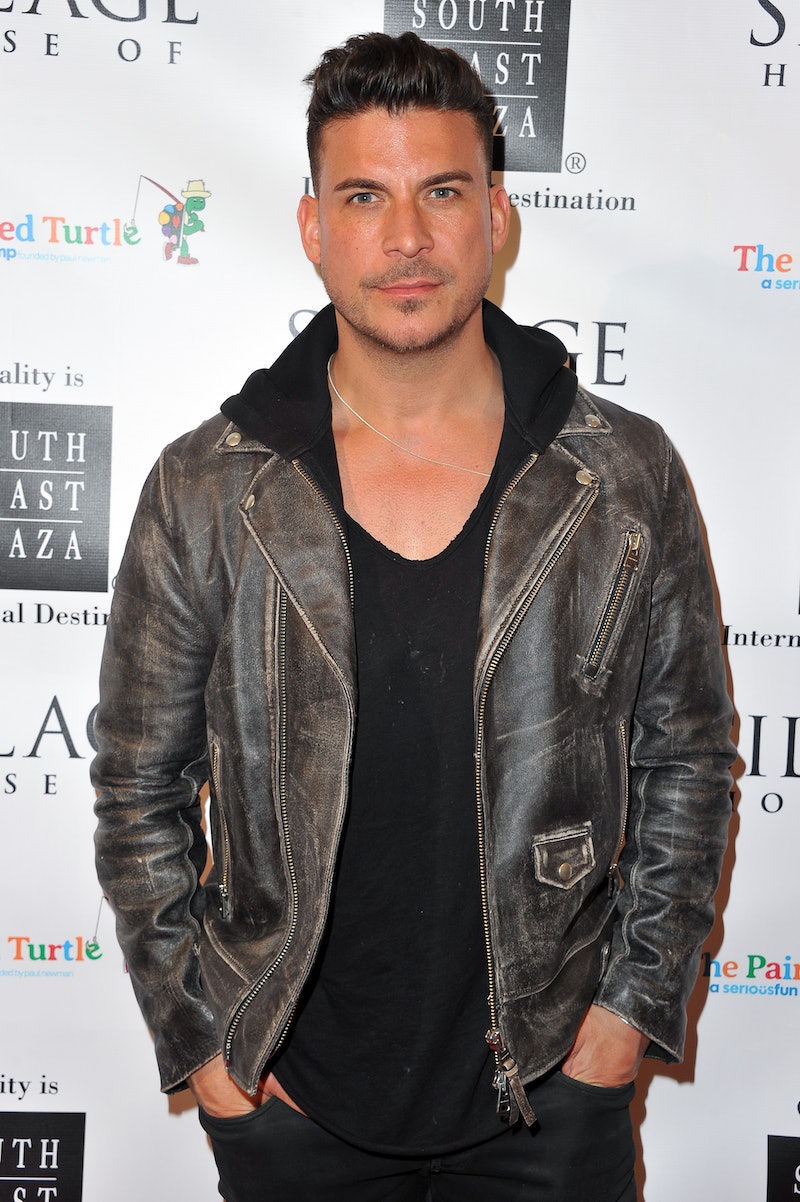 It has been a year of major ups and downs for Vanderpump Rules star Jax Taylor. Less than six months before he proposed to Brittany Cartwright, Jax’s dad Ronald Cauchi passed away. Thursday, Dec. 27 marks the one year anniversary of Cauchi’s death, and to celebrate his memory, the Pumper posted an emotional tribute to his late father on social media.

“One year ago today I lost the man I aspire to be, my best friend, still waking up every morning waiting for that text I always get from ya, ‘hey bud, what’s going on? What crazy sh*t are you getting into today?’ Or ‘hows your cars doing?’, or the most important thing, “you watch the @detroitredwings game last night?’”

The Bravolebrity went on to say he cannot believe his dad is no longer here, but assures him his Corvette is in good hands. Jax also says he is not sure how he will get married without his dad “physically standing by” him and helping him with tying his “tie like the old days at hockey tournaments.” The on-again, off-again Pump Rules villain explained how he has changed in the wake of his father's passing, crediting his fiancée Brittany Cartwright and his sister with helping him learn how "to deal with things in a more positive, healthy way."

You can read Jax's heartfelt message for his dad in its entirety here.

On Dec. 28, 2017, Jax tweeted that his father passed away from esophageal cancer the night before. “My heart is broken, I lost my best friend and the best man I have ever met last night, I love you so much dad," he wrote. "I can’t even breathe anymore, only person not letting me fall right now is my amazing girlfriend. I love you dad.”

In the months following Jax's father's death, Brittany has seen a significant change in her future husband. She told Bustle back in May,

“The passing of his father has completely opened his eyes. I think he realized he was being a bad person and that he just didn’t want to be that person anymore, he wanted to be more like his father. You know, he says that again and again, but I believe him. I was there by his side through everything and I know how he’s still hurting so much over this. It’s just been something that really opened his eyes to really treasure everything you have and not take anything for granted."

By all accounts, Jax really seems to be making an effort to leave his old ways behind, and he has gone so far to ink some relevant words of wisdom to his body. In August, the reality TV personality got a tattoo of an excerpt from a letter from his dad that reads, "Make good choices. Love you, Dad."

"Took me a little while to listen to his advice but I think I got it," Jax tweeted along with a photo of the tattoo. "Now I will never forget it."

All the best to Jax and his family on this tough anniversary. May the Fireball whiskey flow accordingly.