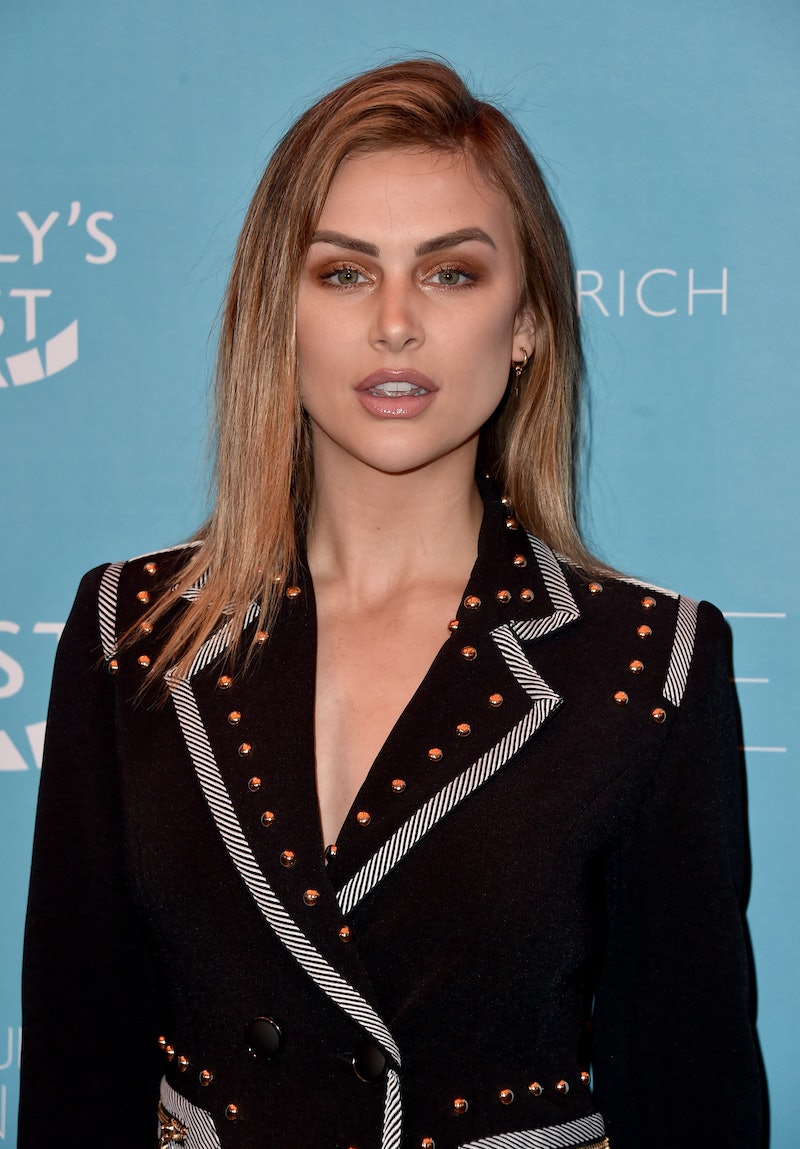 She's often praised for being the most honest member of the Vanderpump Rules cast, but this might be Lala's most open and vulnerable social media post yet. On Tuesday, Oct. 22, Lala Kent celebrated one year of sobriety by opening up about her "exciting" and "humbling" experience in a post on Instagram. "This is the biggest accomplishment I’ve ever had in my life and the one I am most proud of," the reality star wrote, alongside a simple, smiling headshot.

She continued, "The moments I have had in the past year have been a blessing that I have been present for. I didn’t have that before." Kent also added that she will celebrate Oct. 22 as her "1 year birthday," in order to commemorate the accomplishment. However, she noted, this celebration is also "humbling because today, and every day after that, I will fight for it."

Kent first opened up about her experience with alcoholism back in March, when she revealed she was an "alcoholic" in an Instagram Story, as reported by People. At the time, Kent also revealed that she was taking part in Alcoholics Anonymous' 12-Step program, and added, "I always say if you don’t have to be sober, I wouldn’t recommend it, but me — as someone who does need to be sober — being in my right frame of mind every single day is truly incredible."

In April, Kent opened up about her decision to share her journey towards sobriety in an Instagram post celebrating six months of sobriety. "I feel the need to share my story because I know I’m not the only one out there suffering from this," she wrote. "It’s not an easy path I’ve chosen, but I chose it because it was between one thing, and my life."

That same month, Kent told Bustle that she decided to take control of her drinking after filming wrapped on Season 7 of Vanderpump Rules. "I have been struggling with alcohol use for a long time and there were just too many incidences where I was waking up, not remembering, and it was always like me saying, 'I’m not going to drink tomorrow,' but it just kept happening," she recalled.

It was during filming, Kent explained, that her relationship with alcohol really came to her attention as she was mourning the death of her father, who passed away in April 2018. "It is different for me to watch this season back, because I really was in such a fog all season long," she said, crediting the show with helping her get out of the house during a difficult time.

Since she's gotten sober, however, she's found it easier to deal with her grief, telling fans on her Instagram Story that working with the 12-Step Program has helped her "mourn" her father. "The program has allowed me to sit down and remember my dad in a clear frame of mind, and remember what he brought to my life, what he meant to me, what he taught me," Kent said, as reported by People.

Now, with a year of sobriety under her belt and plenty of love and support from her Vanderpump Rules costars and her fiancé, Randall Emmett, it looks like Kent is focused on living the happiest and healthiest life she possibly can.

More like this
Khloé Kardashian Writes Touching Instagram Tribute To Tristan Thompson’s Mother
By Alyssa Lapid
Brianna Revealed Why 'The Bachelor' Premiere Was Tougher For Her Than You Saw On TV
By Brad Witter
'RHOSLC’s Heather & Whitney Are Still On A “Friendship Break” After Season 3 Reunion
By Jake Viswanath
Everything To Know About 'RHOSLC' Season 4
By Jake Viswanath
Get Even More From Bustle — Sign Up For The Newsletter
From hair trends to relationship advice, our daily newsletter has everything you need to sound like a person who’s on TikTok, even if you aren’t.