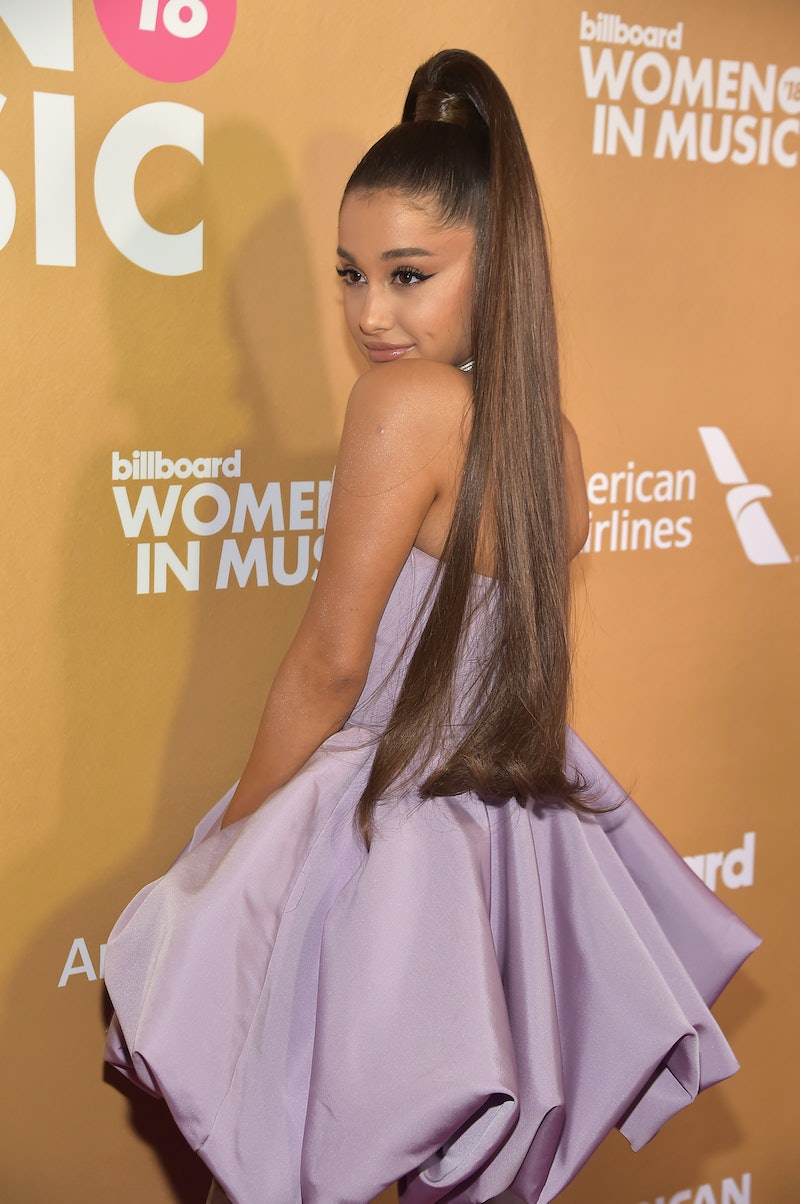 Despite having the number one album in the country, recent videos of Ariana Grande singing Broadway tunes proves that she's still very much in touch with her roots in acting and musical theater. The 25-year-old took to social media on February 18 to share videos of her and former 13 costars Elizabeth Gillies and Graham Phillips singing some of the best songs from the musicals Wicked and Rent and the reunion was nothing short of amazing. Not only did the moment allow for a very special reunion between Grande and her pals, but it also gave fans another glimpse into Grande's amazing vocal talent as it shines through with each and every clip.

For those who may not know, Grande had a notable acting career, appearing in Nickelodeon's Victorious and its spin-off Sam & Cat as well as musicals such as 13 before becoming one of the biggest pop stars in the world. The multitalented star also took part in NBC’s A Very Wicked Halloween: Celebrating 15 Years on Broadway back in October 2018.

During the recent gathering between friends, Grande and Gillies, who also appeared alongside one another on Victorious, sung a rendition of "Take Me Or Leave Me" from Rent. Phillips then joined in, performing "As Long as You're Mine" from Wicked with Grande. The trio also sang "If That's What It Is" from 13 for the first time in 11 years and it seems that Grande couldn't have been happier for the experience.

Grande later gushed about the moment on Twitter, writing,

"man, i’m so lucky and grateful to be able to sing pop music and do all of this for a living but last night made me so, unimaginably happy. i really..... am musical theater thru and thru. it’s just home n always will be. u feel me."

That same day, Gillies also posted a video of she and Grande singing together on Twitter, sharing the caption, "Thank you for letting me scream the first half of this song in your face for 10 years."

Given Grande's track record of often writing songs with her close friends, it seems like getting together with Gillies and Phillips for a new project could be a real possibility. However, it seems that the singer may have her hands full after dropping two successful albums less than six months apart. Grande recently became the first artist to hold the top three spots on the Billboard Hot 100 songs chart simultaneously since The Beatles in 1964, according to Billboard.

Both Gillies and Phillips have also kept busy since starring on Broadway over a decade ago. Gillies currently plays the role of Fallon Carrington on Dynasty, while Phillips has more recently become known for playing Zach Florrick on The Good Wife and Nick St. Clair on Riverdale.

Although she's reached the pinnacle of pop stardom with back-to-back albums dominating the charts, it seems that Ariana Grande has managed to keep her roots in musical theater close and good friends like Gillies and Phillips even closer.