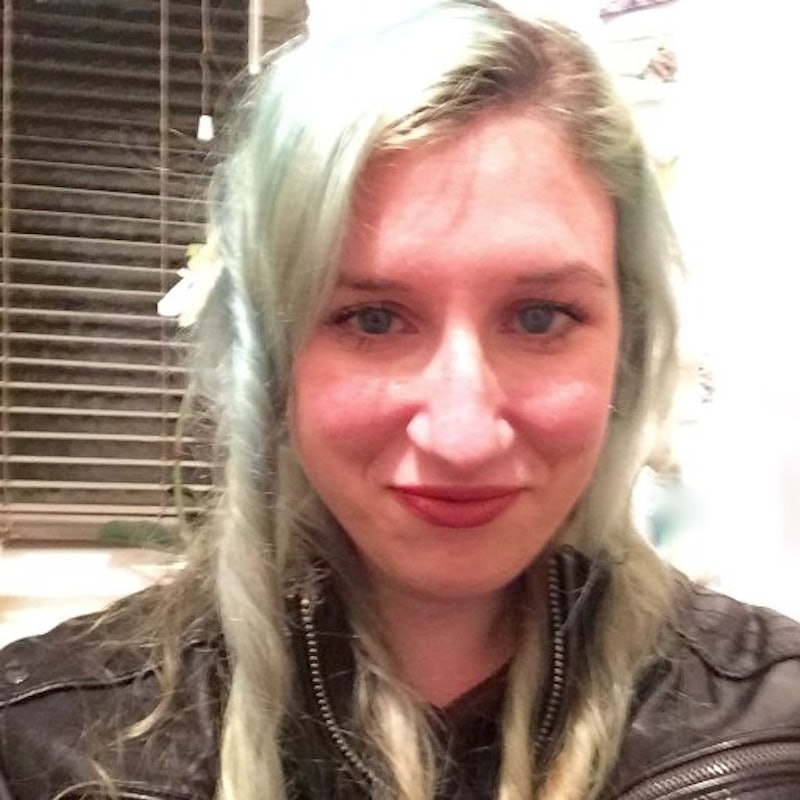 "I don't think he sounds abusive." That's a phrase I heard from a friend when I told him I suspected my partner was emotionally abusive, and it's one I'd tell myself often. After all, my ex didn't exhibit the most well-known signs of abusive partners. He never physically hurt me. He rarely yelled at me. He was gentle, thoughtful, honest, and sweet. So maybe I was just being dramatic, I thought. Maybe I was the one being unfair to him by being so critical.

This is a common thought process of someone in an abusive relationship, especially someone who's being gaslighted. Gaslighting is when someone convinces you that you're crazy — that if you have a problem with them, it's somehow actually your problem.

This was one way my ex manipulated me. If I got upset when he put down my ideas, he'd tell me I was taking his words too seriously. If I confronted him about his habit of "borrowing" money without returning it, he'd tell me money wasn't important and make me feel materialistic. If I distrusted his ability to keep promises he'd already broken again and again, he'd tell me it hurt that I didn't believe in him. If I pointed out a subtle example of sexism in a movie, he'd tell me I was being hypersensitive. By the time it occurred to me that he might be psychologically abusive, I'd already internalized these thoughts: I was too sensitive. I wasn't giving him enough credit. I was petty. I was selfish. It must be my problem.

Once got so mad at him during a fight, I actually insulted his sexual skills. So maybe I was with exactly the kind of person I deserved, I figured.

The more I read about emotional abuse, though, the more I saw my own relationship. My partner showed many subtle signs of abuse, like taking credit for my ideas, talking me into lending him money after I'd said "no" by suggesting I was selfish otherwise, and continuing to have sex with me after I said it was hurting me. Still, it was very hard for me to distinguish between these things and normal relationship drama — especially since he'd remind me that I wasn't perfect either. And I really wasn't. I once got so mad at him during a fight, I actually insulted his sexual skills. So maybe I was with exactly the kind of person I deserved, I figured.

It took several perceptive friends and family members to point out that my ex was essentially brainwashing me. The moment it really hit me was during a conversation with my dad. I was trying to defend my ex for refusing to share the last meal in the house when I was hungry. "Snap out of it," he said. That's when I realized my ex's behavior was only OK according to the warped logic he'd instilled in me.

What I wish I knew about leaving an abusive relationship is that you won't always get support.

But what I wish I knew about leaving an abusive relationship is that you won't always get support. You may have friends, like the one I mentioned earlier, who think your partner's great and far from abusive. But they may not know all the different ways abuse can manifest, and even if they do, they may not see how that plays out in your relationship.

On top of that, your partner may convince you that you're doing them an injustice by leaving. After I broke up with my ex, he left me a long voicemail about how he'd only take me back if I stopped "bull-busting" him. How the girlfriend he thought he knew wouldn't do something this "mean." In other words, leaving an abusive relationship might make you feel like a bad person. And you should do it anyway. I'm glad I did. It's better to feel like a bad person for a few lousy days or weeks post-breakup than to feel like one all the time because your partner's constantly putting you down.

The truth is, your abusive relationship may not look like one to other people, and it probably won't look like one to your abuser. Abusive people come up with all sorts of ways of justifying their abuse. But if the relationship looks even a little bit abusive to you, trust yourself. If you want to break up with someone, you don't need a reason — and if you did, the fact that you're feeling less than totally respected is reason enough.