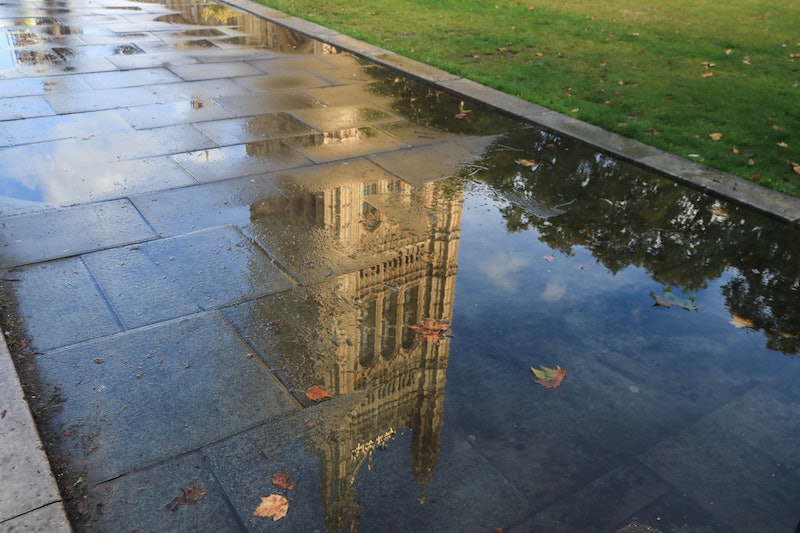 In a time when the political and personal so often collide, elections can often be emotionally draining, especially if you don't see the outcome you were hoping for. With that in mind, figuring out what to do if you're disheartened by the election results is vital to not only your mental health, but also moving forward in general.

On Dec. 13, 2019, the UK woke up to the news of the biggest win for the Conservative Party since the 1980s. One glance at Twitter and it's easy to see what a blow this was for many, with #notmygovernment and #notmyprimeminister beginning to trend within hours of the final result.

If you are feeling low after the election result, here are a few options for how to cope over the next few days.

Although it's easy to be angry, sad, and maybe a little mopey, why not turn those feelings into action and help those who aren't as lucky as you? According to the Social Metrics Commission's 2019 report, more than four million people living in the UK are stuck in the vice-like grip of poverty, which means their income is at least 50% below the official breadline. This is just one of the many issues facing our country at the moment, so it's time to look around and see how we could be of more help to those in need.

Sadly we live in a time of worryingly polarising politics. People are completely discounted because of their beliefs. John Harris of the Guardian recently wrote a piece about political echo chambers and how difficult it is to leave them. But we must try. Especially if we want to see any real progress. It's time to listen to what people you disagree with are saying and read papers that you know don't hold your beliefs. Only when you're fully informed about the political spectrum are you able to craft the most effective arguments about causes you care about. Because if we are all shouting, when is anybody actually heard?

In your village, town, or city, there are most definitely places that need volunteers. The term 'volunteering' covers all manner of actions. Helping out at shelter, food banks, and retirement homes, for example, are all great ways to get involved. Have a think about your local area and what organisations are most in need or help. Not only will the lives of those you help be changed but the satisfaction you'll gain from being proactive is immeasurable. Do-it.org is an easy-to-use database that will help you find places to volunteer.

Reading is a way to find solace in even the grimmest times. One book that I began reading in the run up to the election is Rebecca Solnit's Hope In The Dark. It's an inspirational, feel good book for those who feel that, despite all of their hard work, nothing is changing. It's a call to action for activism in a tough time. It's encouragement to keep on keeping on. "Hope just means another world might be possible, not promise, not guaranteed," the book reads. "Hope calls for action; action is impossible without hope."

Right, so we have potentially five years before another election. That means, if you weren't happy with today's outcome, you have five years to engage potential voters, join protest marches, and throw your support behind the party you believe in. It might feel like it's all over, but it's not.