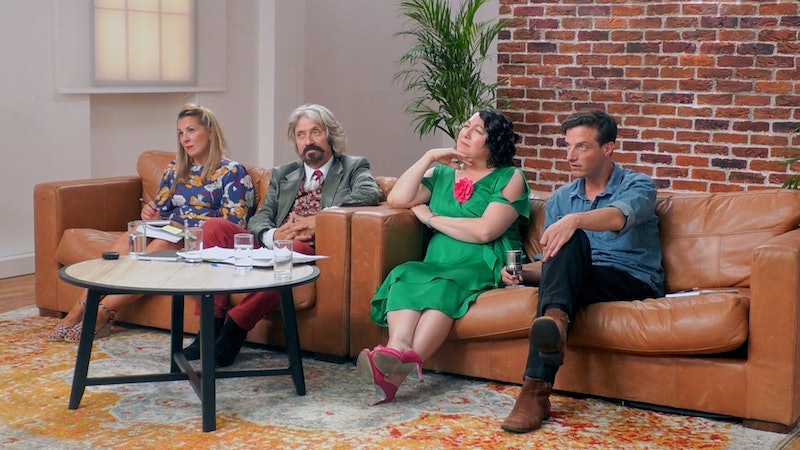 Just when you thought TV execs had run out of reality show ideas...there's another one guys. And this one feels a bit familiar and also completely different. But as with all reality shows the contestants on ITV's latest offering are in it to win it so, what is the prize for The Big Audition?

Well, as the title suggests, it's getting a role. But what is the role? On the show, people audition in their chosen craft, in order to get a job or a part. The ITV website describes it as "A brand new factual entertainment series which goes behind the scenes of the casting world and will give you the chance to audition in front of real casting panels for real jobs"

So basically, contestants are given real opportunities to get in front of real life casting agents. As in yep, the people who turn that media wheel and can really get your foot in the door and set your career into overdrive. What sort of people will be auditioning for the show I hear you ask? Well, according to ITV it is going to be a pretty diverse and varied lot. "These could be anything from presenting, hand modelling, being a body double, a football mascot, featuring in a film or TV commercial, the new face of an ad campaign," the description reads.

The show is created by Twenty Twenty Productions, the same people behind First Dates, and is sure to be just as wonderfully fly on the wall.

Without doubt, the show will provide some pretty eccentric characters and us Brits love a bit of eccentricity don't we? The first episode alone looks set to provide a whole rake of interesting folk. Well, human folk and also furry folk...

For example, there are a load of very sweet dogs trying out for the chance to be on the cover of some pretty prestigious dog periodicals. And who wouldn't want to be top dog, am I right? Dogs like a stylish Chihuahua, a sausage dog who can balance nearly anything on his head, and a one-eyed rescue dog. OMG, please cast the rescue dog! OK call me biased, but that is the great thing about shows like The Big Audition, you get really emotionally involved with them. Especially when you learn the prize for that particular honour is a stonking £12,000. Yikes! That is a lot of dog treats.

Another gig up for grabs is a role as a fitness presenter on a shopping network. Which I guess is a bit like having to match up comedy and entertainment and fitness? Where's Mr Motivator when you need him?

However, my particular favourite is the group of men auditioning to be Henry the VIII. OMG, a job that pays you to pack on a few pounds and be a total d-bag? Dreamy. OK well, not auditioning to be him at all times but to play him at his historical home, Hampton Court, acting out the role to entertain tourists, visitors, and of course, scare children.

The Big Audition is a six part series, starting Oct. 5 on ITV at 9pm. Expect laughter, tears, and hopefully a whole lot of naughty dogs (again I am being biased but guys, dogs).