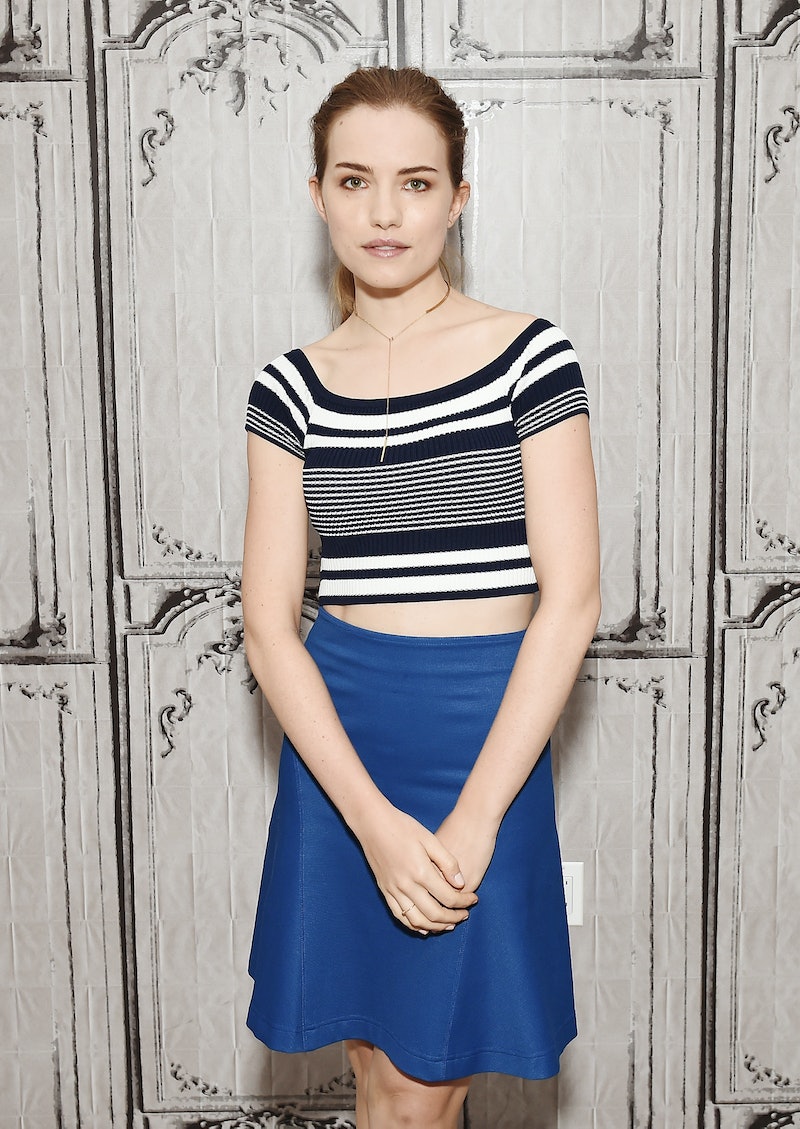 These cheerleaders don't only have spirit, but murder, too. According to The Hollywood Reporter, Megan Abbott's 2012 novel Dare Me is being turned into a new TV series for USA Network. Let's just say Dare Me is for fans of Big Little Lies whose squad goals include an actual squad who might be more interested in murder than back handsprings. So, when will the new series Dare Me premiere? Fans will unfortunately have to wait a little longer to meet these high school athletes.

THR reported that the series, written and executive produced by Abbott, will focus on the "cutthroat world of competitive high school cheerleading." It focuses on the relationship between two best friends, Addy and Beth, played by The Get Down's Herizen Guardiola and Patricia Moore's Marlo Kelly, and how it changes after a new coach named Colette French (Gotham's Willa Fitzgerald) comes to the school and pushes them to win at any cost. The two young girls' lives change even more after a crime leaves their little suburban town in shock.

Dare Me, which is co-produced by Netflix, is a coming-of-age tale that deals with the dangerous consequences of obsession. Think Bring It On if, instead of spirit fingers, the Rancho Carne Toros were more interested in going after the girl at the top of the pyramid. And were willing to do anything to throw her off there — maybe quite literally.

Unfortunately, fans will have to wait to see this new murder mystery. As of now no premiere date for Dare Me has been announced, though it is slated to premiere sometime this year.

While murder might be the reason you'll tune in to Dare Me whenever it premieres, USA Network's president Chris McCumber also noted that the show is rooted in exploring the world of competitive cheerleading.

"Megan Abbott’s voice brings a fresh perspective to USA Network, with a gripping, female-focused story that combines the ultra-competitive world of high school cheerleading with the secrets of a seemingly-perfect small American town,” McCumber said in a statement to THR on Monday (Jan. 28).

As USA Network gets ready to say goodbye to hits like Suits and Mr. Robot this year, it seems the network is looking forward. And it appears that perhaps USA's future is female. After finding success with two seasons of the female-fronted thriller The Sinner, which is expected to return for a third, they're also launching the Suits spinoff Pearson, which focuses on Gina Torres' character Jessica Pearson.

It's also hard to believe the Big Little Lies comparisons to Dare Me aren't also reading the tea leaves. Originally billed as a limited series, BLL was such a hit for HBO that they made sure to lock its all-female cast — Reese Witherspoon, Shailene Woodley, Nicole Kidman, Zoë Kravitz, and Laura Dern — in for a second season.

For the new season, slated to premiere this year, BLL added Meryl Streep and promises to dig deeper into the lives of the women of Monterey after the accidental murder of Perry (Alexander Skarsgård). Dare Me is hoping to intrigue viewers just as much with its murder, which may or may not be accidental. Just another reason to tune in whenever this one does make its debut.