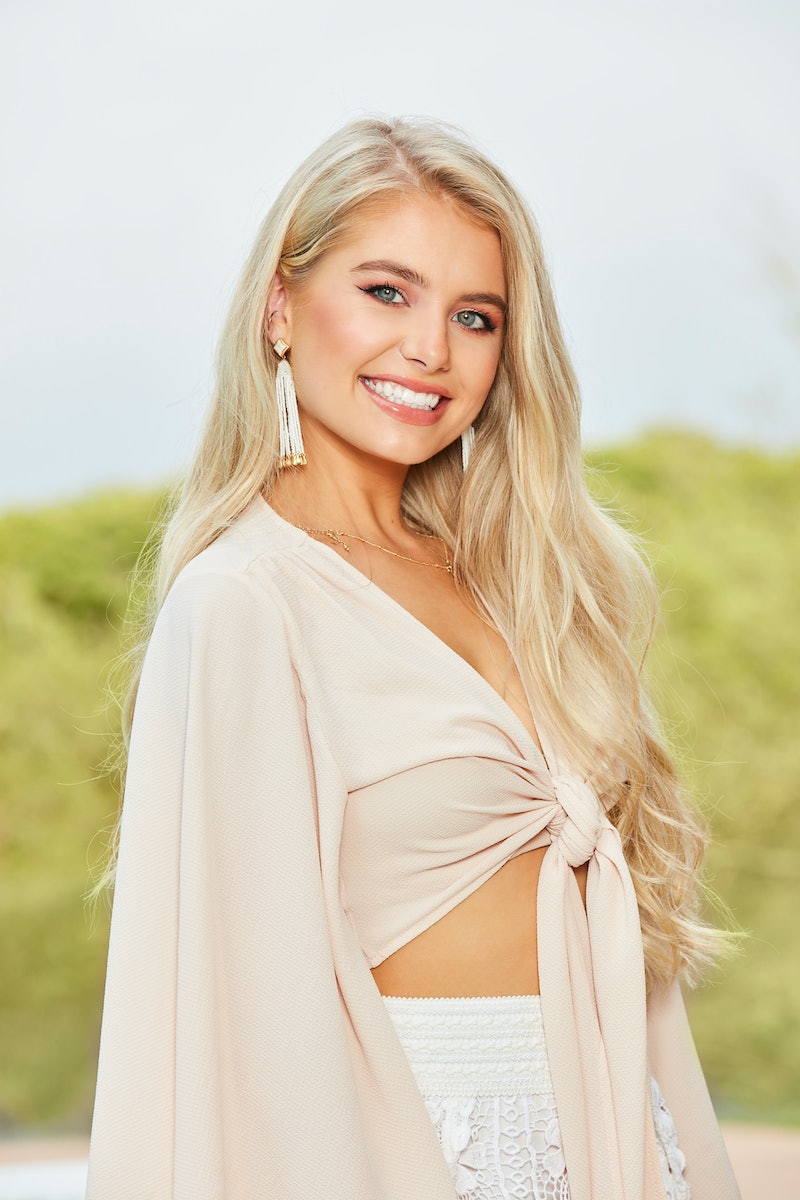 The cast of the upcoming season of Bachelor in Paradise knows exactly what the members of Bachelor Nation are hoping for when it premieres on August 5 — and apparently, the new episodes deliver. At the Bachelorette's recent Men Tell All special taping, Demi Burnett called Bachelor in Paradise Season 6 a "dumpster fire" while speaking to Entertainment Tonight, promising a season fans will love.

However, the fan favorite from Colton Underwood's season of The Bachelor used that phrase as a compliment, revealing, "Paradise was amazing. It was so fun, so emotional, but ultimately all worth it. [It's] very, very good. [It's] drama that you just get to sit back and watch." Demi continued, "The drama is just actually insane and very entertaining and it's not, like, some stupid drama you don't really care about. It's like, 'Oh no, this is good!' Like, this is all real. This is crazy. It's your good old-fashioned dumpster fire."

Demi — who recently came out as queer on Twitter — also teased what fans can expect from her time in Paradise, joking to ET that "I owned the beach so much that nobody wanted to start anything with me." In a new trailer for the upcoming season, which premiered during the Men Tell All special, Demi can be seen kissing Bachelorette alum Derek Peth, as well as getting close to a mystery woman, whose identity she declined to reveal. "You'll have to watch and see," Demi teased the outlet.

"I just know that I love this girl," Demi says in the promo, before she's shown making out with another girl on a bed, making her the first contestant in Bachelor history to have a same-sex relationship on the show. "I'm just so happy that I found her, and I can definitely picture being with her for the rest of my life." After the clip premiered on national TV, Demi confirmed that she identifies as LGBTQ, tweeting, "Spoiler alert: I’m a queer queen 👸🏼💕🌈."

The Texas native received an outpouring of support from her fellow Bachelor cast members, including the most recent Bachelorette, Hannah Brown, who has been close to Demi since they competed for Colton Underwood's affections. "And we all, bow down," Hannah tweeted to her friend. "i love you always and forever."

After some members of Bachelor Nation responded to Demi's tweet with hate and homophobic attacks, Jason Tartick defended Demi on social media, describing the hate she received as "abominable." Reposting a rude DM that Demi shared on her Instagram Story, Jason praised her for being open about her sexuality, and sharing her true self on such a large platform. "Bravo to Demi for breaking barriers in The Bachelor Franchise and on a National Network in the pursuit of love and happiness," he wrote. "Regardless of your sexual preference, love is love is love. I support LGBTQ today and every damn day! #pride"

Despite enduring some backlash, Demi has been outspoken about the fact that her decision to come out publicly has resulted in an incredible outpouring of support from allies and members of the LGBTQ community. "My DMs are so blown up with love that y’all have drowned out all the hate," she tweeted on July 24. "It’s 3am and I’m going to bed with a smile on my face. Love you all so much 💕 thank you."

Based on the preview for the upcoming season of Bachelor in Paradise — and the fact that Demi has described the upcoming episodes as a "dumpster fire" in the best way — it seems as if Bachelor Nation will have a great time watching their favorite reality stars fall in love on a beautiful beach. Not to mention, fans are likely thrilled to finally discover the identity of Demi's mystery woman.