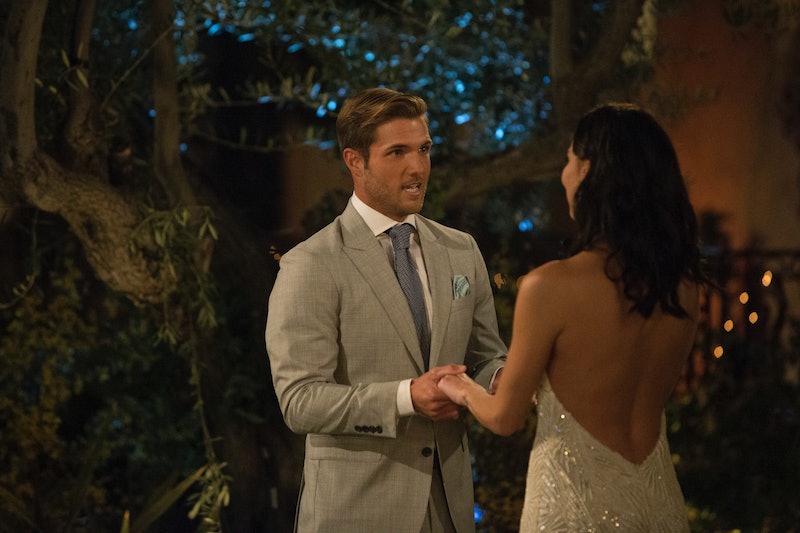 While Jordan feels like a classic Bachelorette villain, his villainy does not come from some well of undying cruelty towards others. Instead, it was his vanity that ruined his chances with Becca on The Bachelorette. While Jordan was single after being sent of The Bachelorette, it's easy to believe that this self-professed Tinder expert managed to find a way to bounce back. So who is Jordan dating after The Bachelorette? There is no proof that Jordan has moved onto one of those Tinder matches, but it's possible that Bachelor Nation will get to see Jordan fall in love on Paradise.

The trailer for the upcoming season of Bachelor In Paradise shows the male model caught up in romance and drama, including a moment where he declares that he's going to "burn this down." While tensions are going to get heated in Paradise, it's also possible that love could blossom under the hot summer sun as well. Jordan proudly declares his love for himself in the promo clips from the upcoming season, but will he be declaring love for any other residents of Paradise before the season comes to an end?

Jordan told the Citrus County Chronicle that he does, in fact, find love on this coming season of Bachelor In Paradise. While much of his time on the show will likely be spent trying to shut down the "haters" and feuding with David just as he did on Becca's season of The Bachelorette, it seems Jordan also managed to find a companion. It's not confirmed that they're together, but fans are already shipping Jordan and Krystal from Arie's season of The Bachelor.

What A Match, Right?

When you think about it, it's really a perfect fit. Krystal and Jordan's biggest obstacles during their respective seasons of The Bachelor and The Bachelorette was that they seemed to love the idea of someone being in love with them more than they loved the person they were there to date. They're both fairly drama-prone, which means that these two may have a rocky relationship when on Paradise, but their ability to match each other's energies could mean that the two are more compatible with each other than any other Paradise suitors.

These two were both considered villains in their season, but the fact that fans are so excited about seeing the two of them end up together makes it seem like they could end up being the season's heroes. Or, they just end up snuggling in a hammock far, far away from the rest of the cast, talking about how great they are.

Jordan may have been too big of a personality for Becca, or may have simply just not garnered her interest the way he hoped to, but Paradise promises to find someone suited to Jordan's entertaining... idiosyncrasies. Whether that person ends up being Krystal as fans hope, or Jordan ends up with someone completely unexpected, this season of Bachelor In Paradise promises that Jordan will end up with someone who loves him just as much as he loves himself — or as close as anyone could possibly get to loving him that much.