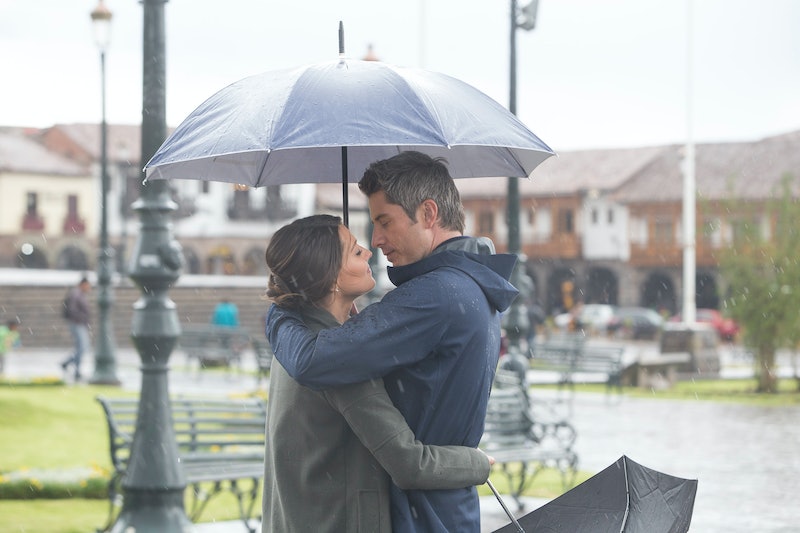 Before The Bachelor two-part finale, The Women Tell All made it clear that Arie's ending was going to be the most dramatic ever. And all the hype was true since Arie broke up with Becca after he proposed to her in Peru. He felt he had made a mistake in choosing Becca, but his reasons probably won't satisfy many viewers. He was torn between Becca and Lauren right up until the final rose ceremony and Arie and Becca's breakup on The Bachelor proves just how truly conflicted he was. And while it wouldn't be right for Arie to stay with Becca if he doesn't truly love her, his justifications seem kind of weak.

Knowing how things turned out now, Arie would have avoided a lot of unnecessary heartache if he hadn't proposed to Becca on The Bachelor. But he not only chose Becca over Lauren, he asked her to marry him and spend the rest of their lives together. "I choose you today, but I choose you everyday from here on out," he said to her during their proposal. Now, while it's not often that Bachelor couples get married — even when they get engaged — it's rare that they break up before the finale even airs. But Arie called off the engagement specifically because of his feelings for Lauren, which maybe fans should have seen coming.

He explained how his feelings for Lauren didn't really go away and that he was feeling guilty when he was with Becca. "It's difficult because I was in love with Lauren and it's hard to separate that feeling of loss," Arie said in a talking head interview. "And I thought, 'OK, the feelings of this breakup with go away just like any other breakup.' But they just didn't. With Becca, I just feel an immense amount of guilt. It's not fair for her to be in a relationship where someone is half in."

Of course, Arie shouldn't stay with someone if he has feelings for someone else. But it seems like he should have realized before getting down on one knee that perhaps he wasn't ready to commit to Becca for forever if he also still loved Lauren in that moment. After all he, told Becca during his proposal, "And I choose you today, but I choose you everyday from here on out. I love you so much." But he went back on that promise within just a few weeks.

"I feel like my future was ripped away," Becca said during the breakup, which was brutally filmed. "Like I love you and I obviously want you to be happy," she continued. But she was hurt, disrespected, and angry that he was telling her he loved someone else more than her, as anyone would be.

While Becca will confront Arie during the March 6 episode, their relationship seems to be officially finished. As for if Lauren will take him back after he dumped her and proposed to Becca, that should also be shown on Tuesday. But any potential happiness for them is likely to be overshadowed by the hurt that people are feeling for Becca and her breakup.