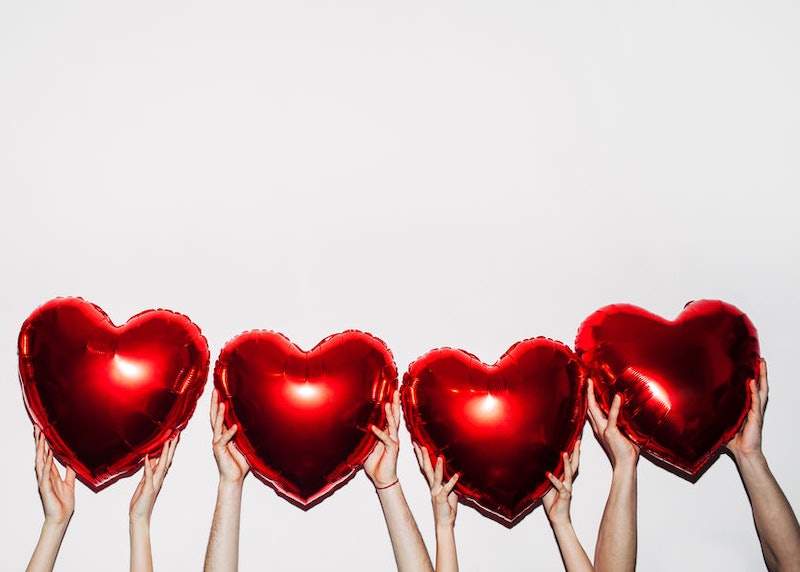 What's that in the air? A breeze? A change? Smog? No, y'all, it's love. Love is in the flipping air, because Valentine's Day is just around the corner. But while we're all rushing around buying cards and gifts for our nearest and dearest (be it friends, lovers or whoever), I have suddenly been struck with a thought: why does Valentine's Day exist? Where does this seemingly random holiday come from, and why do we celebrate it?

Well, despite what naysayers may have told you, Valentine's Day is not, in fact, the invention of card companies and florists in an effort to skank all your hard-earned dough. There is actually a lot of ancient history here.

So, the name Valentine's Day comes from the celebration of St Valentine, and his martyrdom. I know right? Such a cheery thought as you get to work on that heart-shaped box of Ferrero Rocher that you bought for yourself.

OK, sorry for this upcoming spoiler about Valentine's demise (though, real talk, if you have had a religious education, you know generally how these things end), but it turns out becoming a saint ain't easy. Especially when you're a soon-to-be saint in third-century-AD Rome, when the Romans are still hanging about and are definitely not keen on your emerging religion, like our boy Valentine was.

At this time, Emperor Claudius II decided that he didn't like his soldiers having baes, because it meant they were rubbish at winning battles. So he went ahead and chose to ban marriage among his army. Which is, like, pretty brutal. Well, Valentine thought so as well, and he decided to go full rogue on the situation. Yes, this trail blazer was totally there for lurv. Valentine (who is believed to have been a priest at this time) started secretly arranging marriages so people could get their groove on. Call him an ancient Barry White, because he can't get enough of their love baby.

Now pause and play this.

Right, what's next? Sadly, when the Emperor found out about Valentine's secret marriages, he was pretty ticked off. So much so that poor old Val was arrested and sentenced to death. Holy eff, that's not great. Cut the Barry White! (Sorry Baz, it just seems a little inappropriate right now.)

Allegedly, while in prison, Valentine fell for a jailer's daughter and, on the day he was set to be executed (you guessed it, 14 Feb.), he sent her a lovey-dovey letter, which he signed off with "your Valentine." Awww, guys, so cute that you're celebrating the murder of an innocent man... Wait. What?

So, since then, every 14 Feb., people have rejoiced in celebration of love. Hence, Valentine's Day.

Quick note: some people believe that the holiday originated with the ancient Roman festival Lupercalia, which the History channel describes as "a bloody, violent and sexually-charged celebration awash with animal sacrifice, random matchmaking and coupling in the hopes of warding off evil spirits and infertility." Yikes. That's just as bad as the St Valentine story.

Anyway, here's some interesting trivia for you: St Valentine's remains are supposedly held in an Irish church. Back in 1835, an Irish priest names Fr John Spratt persuaded the pope at the time to hand over St Valentine's remains as a gift to the people of Ireland, and they now lie under Whitefriar Church in Dublin. Nothing says sweet romance like visiting the remains of a body, am I right? Apparently, every year around Valentine's Day, countless people looking to find "the one" go to the church to pray for a little help from the big guy. I feel like I should go there and shepherd this flock to the nearest drinking hole, as everyone knows Valentine's Day is the best day ever to go out on the pull.

Love didn't turn out to be that kind to our pal Val, and I feel like nearly every cool and interesting person I know is super against Valentine's, whether they're single or otherwise. However, IMO, Valentine's shouldn't just be about romantic love. No matter what my relationship status, I have always seen it as an extra-special chance to celebrate loving yourself and those you care about most. Go on, treat yourself.

Sending all my love to one and all (insert heart emoji).