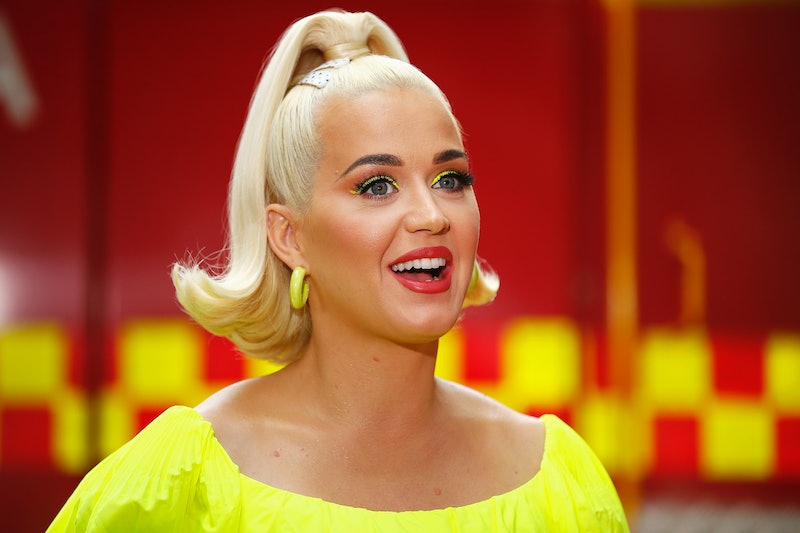 Everything’s coming up daisies post-feud: Katy Perry’s new song “Daisies” could be a collaboration with Taylor Swift, according to some astute pop fans. Perry announced her new single from her upcoming album KP5, her first in three years since 2017’s Witness, on May 7. Accompanied by grainy cover art of the singer relaxed in a field of daisies, Perry’s announcement declared that “Daisies” would debut on May 15 and that “the music must go on.” Now, thanks to some interesting tweets, fans are convinced that the music will, in fact, go on — with Swift, the fries to Perry’s hamburger, in tow.

A rundown of the internet receipts compiled by Swifties: on the same day as Perry’s announcement of “Daisies,” the “Lover” singer shared a photo of herself on social media, donning a white sweater printed with daisies. A glass of wine in one hand, Swift captioned the image with a nod to her “End Game” lyrics and wrote, “biiig isolation,” bookended with the wine glass and snake emoji.

May 7, as noted by a Swift fan account on Twitter, also marks the second anniversary of Swift’s Reputation Stadium Tour, when Perry famously sent her old nemesis a literal olive branch and personalized note to make amends. Given Swift’s meticulous affinity for Easter eggs in her music and her videos, fans are convinced a Perry and Swift duet is subsequently forthcoming.

To add further fuel to the fire, American Idol’s Twitter account — the music competition series in which Perry serves as a judge — retweeted Perry’s announcement with a possible nod to Swift’s 1989 album. “We can't wait to play this like 1,989 times in a row," they wrote.

The potential collab comes after Perry and Swift officially ended their four-year feud in 2018. The hatchet was officially buried when Perry appeared in Swift’s “You Need To Calm Down” video in June 2019. Filled with various celebrities and prominent LGBTQ+ figures, the video ended with Perry and Swift, donned in hamburger and French fries costumes, respectively, going in for a hug. During an appearance on The Ellen DeGeneres Show a few months after the video’s debut in September, Perry explained that the two ended their feud to set an example for their young fans.

“We have such big groups of people who like to follow us, and so they kinda started turning against each other a little bit, too, and it was really unfortunate,” Perry said. “I’m all about redemption and forgiveness and for setting an example for those younger people, that it can be cool to ask for forgiveness, and confront someone that you may have an issue with or a problem with and talk it out."

Could "Daisies" be the latest saga to Perry and Swift's newfound friendship? We'll have to wait until May 15 to find out.