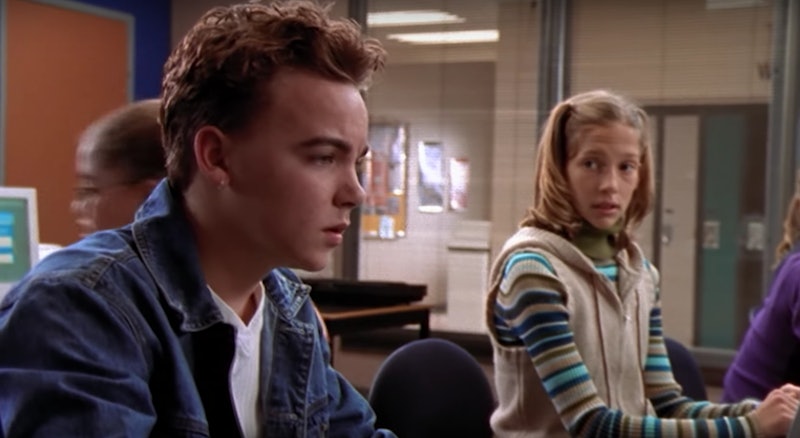 Entertainment One
By Kristie Rohwedder
June 14, 2018

If you would like to know why Sean isn't in Drake’s Degrassi reunion video, aka the "I'm Upset" music video, actor Daniel Clark is in the same boat. No, Clark doesn't know why he wasn't asked to be in his former co-star's new music video, and yeah, he is bummed he wasn't asked to be in his former co-star's music video. But as disappointed as he may be, Clark only has the nicest things to say about Aubrey Drake Graham and the vid. Unlike an episode of Degrassi: The Next Generation, there really isn't any drama here. Whatever it takes, you know a Degrassi Community School alum will make it through.

Before Drake became one of the biggest musicians on the planet, he played Jimmy Brooks on the long-running Canadian teen soap opera Degrassi: The Next Generation. On Wednesday, June 13, Drake released a music video for “I’m Upset” that pays homage to his time on the TV series. The premise: Drake/Jimmy/Aubrey goes to his high school reunion at Degrassi Community School, and almost everyone from his era of Degrassi: TNG shows up. Spinner (Shane Kippel), Paige (Lauren Collins), Marco (Adamo Ruggiero), Hazel (Andrea Lewis), Ashley (Melissa McIntyre), Archibald “Snake” Simpson (Stefan Brogen), Emma (Miriam McDonald) — name a character who appeared on Degrassi in the '00s, and they're probably in the video. Even Rick (Ephraim Ellis), the character who shot and paralyzed Jimmy, was brought back to life… only to be rightfully chased out of the event.

But Sean Cameron, a character who was on several seasons of TNG, is no where to be found. What gives? Alas, the actor who played Sean has no clue. Some hours after the video dropped, Clark told Page Six,

“No one ever reached out to me about this. I have no idea even when it was filmed. I woke up this morning and watched the music video and was like, ‘What the hell is going on?’”

“It sucks because it would have been great to see everybody. The best part is the fans are getting what they want and that’s most important and everyone looks so happy, so that’s kind of the silver lining there. It looked like everyone was having a great time, but for me, it was kind of sad too, because we were all really like family.”

Aww. Sean wasn’t the only Degrassi: TNG character to miss out on the epic reunion. As many fans noticed, J.T Yorke (Ryan Cooley) and Jay Hogart (Mike Lobel) were no where to be found in the "I'm Upset" clip. Shortly after the video hit the internet, Lobel tweeted, “I’m a little upset." Several hours later, Lobel added,

"Love my old crew, everyone looking good. Wish I coulda been there but I know oversights happen. Not really upset #ImUpset."

And when a fan mentioned J.T.’s absence to Drake on Instagram, the “Nice For What” rapper said Cooley “thought it was a scam.” (Bustle has reached out to Cooley for comment, but did not receive an immediate response.)

While Clark is not happy about being left out (understandable), he did go on Instagram Live on Thursday and say it made him “feel great” to see his co-stars together again on screen (also understandable). And again, while he wishes he was included, he told his Instagram Live on June 14 audience he's thankful that Drake made the whole thing happen. He said,

“I wanted to thank the guy who’s responsible for this. I want to talk about Aubrey. I want to talk about Drake. He’s been the same guy pretty much the entire time that I’ve known him and I want to just say how grateful I am that he was able to put this together for the fans and for our family for all intents and purposes.”

“[Drake’s] always been someone who’s been able to put it together all on his own. He’s incredibly talented and there’s just this presence and grace. He has tremendous grace as a person and I have a lot of respect for that. And that’s really what this whole thing made me think mostly about is how there are amazing people like that out in the world that make us all feel great and bring us all together. And I think that’s kind of the silver lining of this whole thing is, god, it made me miss everyone and appreciate everything that he’s done, and how all through the years he’s remained the same person and he really is, he’s an amazing person. I couldn’t be prouder and happier for him and for everyone else. You all looked great. I miss you. I just wanted to clear that up for the fans.”

Well, jeez. That sure is a nice and mature and sincere response. No, you're crying Degrassi nostalgia-loaded tears.

Some may say his response is about as edgy as a butterknife. And hey, that isn't a bad thing.