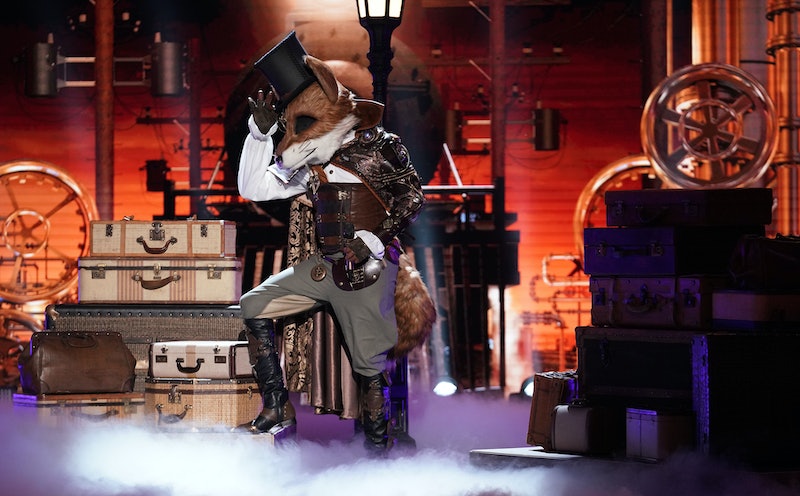 You can thank the World Series for bumping your favorite singing show back a week: The Masked Singer isn't on Oct. 23 because Fox will instead be airing Game 2 of the annual championship, beginning with a pre-game show at 7:30 p.m. ET and the actual game at 8 p.m. ET. And depending on how the series goes, this might not be the only week fans have to wait for more Masked Singer episodes.

This year, the World Series is being played between the Washington Nationals and the Houston Astros. It began on Oct. 22 and could potentially last through Oct. 30 if all seven games are played. To win the World Series, one team needs at least four victories. That means the series can be over in as little as four games, but it could also stretch to its maximum of seven. Game 7 is scheduled for 7:30 p.m. ET on Wednesday, Oct. 30. If it's necessary for the teams to play that game, The Masked Singer won't be back until Nov. 6.

But whether the next episode airs on Oct. 30 or Nov. 6, it's going to feature the next six masked singers facing off — and the unmasking of one of the celebs. That includes the Flower, Fox, Ladybug, Penguin, Rottweiler, and Tree. It's been a while since any of them have performed, but there are still plenty of theories about which celebrities they might be. Here's a mini breakdown.

Think of it this way: if baseball keeps the Masked Singer off the air, there's just that much more time to build up your theories.