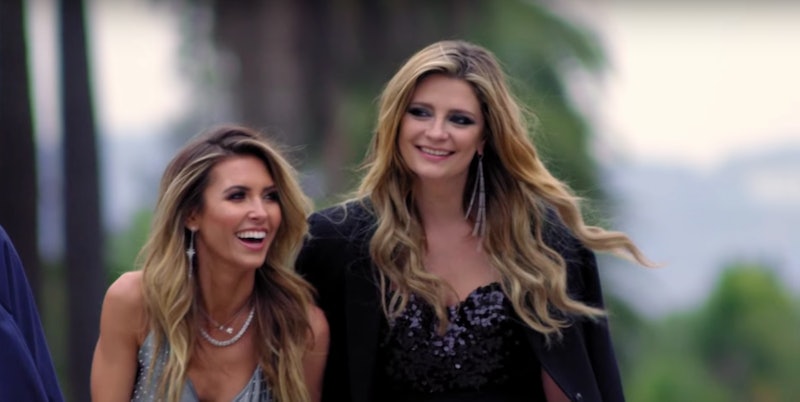 Mmm, whatcha say... about Marissa Cooper being on The Hills: New Beginnings? (Don't worry, I'll see myself out.) In a new interview with E! News, Whitney Port explained why Mischa Barton on The Hills reboot works, even though The O.C. star was not on part of the show's original run. There is a lesson here, and the lesson is this: Never underestimate the bonding power of Les Deux.

Barton's involvement in the reboot, which is set to premiere on June 24, may feel like a curveball to some viewers, but as the woman who worked alongside Lauren Conrad at Teen Vogue all those years ago put it, "it makes sense." Port told E!,

“So I filmed with Mischa a lot, she’s great! She was also really well-known at the time when The Hills and The City were in their prime, and so I think it makes sense in that she had this career where there were so many people weighing in on her life, and they didn’t really know her, and so I think she really wants to show people what she’s all about, and that she’s not just a headline like she once was.”

Barton was not on The Hills, The City, or Laguna Beach, but she was on The O.C., the adored primetime soap that inspired Laguna Beach, and Laguna Beach eventually beget The Hills. And that connection is not nothing. “Throughout my career, people have totally confused Laguna Beach and The O.C.,” she recently told Interview magazine. "I think in people’s minds, it all kind of got blurred over time.”

Like the stars of Laguna Beach and The Hills, Barton was a fixture of young Hollywood in the ‘00s, a storied era when T-Mobile Sidekicks reigned supreme. And for better or for worse, she has spent a not insignificant amount of time under the public eye's microscope. As she said in Vogue's recent feature on The Hills reboot,

“I didn’t do well as a young person letting people into my private life. I kind of feel like, in a weird way, I was on The Hills, even though I’d never seen it. My whole life was publicized in a fake way and everything about me was made up while I was on The O.C., which ran simultaneously with The Hills. [The Hills] was the reality version of The O.C., and everyone was so obsessed with it. I remember Nicole Richie was really into them and she would pull me over into a parking lot and be like ‘they’re filming The Hills in there, we have to go see!’ They were the OG reality T.V. stars.”

Nearly a decade later, she's sharing the small screen with the "OG reality TV stars." Hey, if there's anyone who could fill the queen bee shoes left behind by Lauren Conrad and Kristin Cavallari, you better believe it's Julie Cooper's oldest daughter.