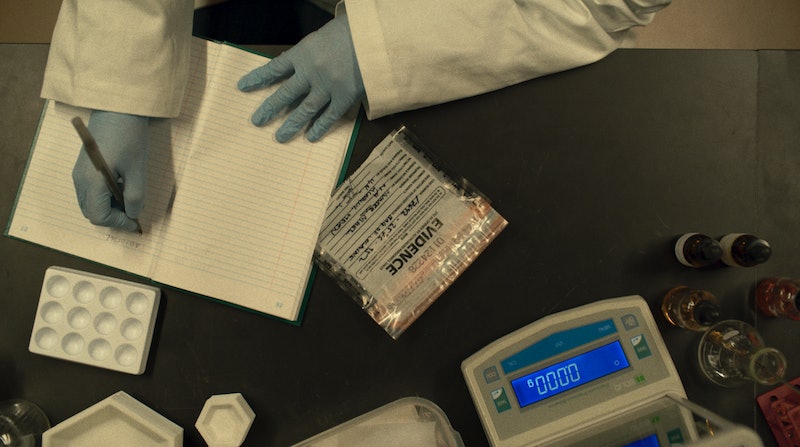 Following the internet-consuming success of Tiger King, Netflix has returned with another docuseries: How to Fix a Drug Scandal, which chronicles the misconduct and subsequent arrests of Massachusetts drug lab chemists Sonja Farak and Annie Dookhan. After it was discovered that Dookhan had fabricated thousands of test results in her Boston lab and Farak had been using the drugs that came through hers in Amherst, both women were convicted and sentenced to prison (both have since been released). As a result of their misconduct, 44,000 drug convictions were dismissed — something that "shook the very foundation of [the state's] criminal justice system" Northwestern Massachusetts District Attorney David Sullivan said, per CBS.

At only four episodes, it seems unlikely that How to Fix a Drug Scandal will return for Season 2. If there were more material to be covered, the show probably would have been longer. And with the exception of Making a Murderer, it's rare for docuseries to be renewed. It's possible that the show could continue by exploring where Farak and Dookhan are now, or the lives of those whose cases their misconduct impacted. However, it's more probable that the story will be adapted in a new medium.

How to Fix a Drug Scandal director Erin Lee Carr previously helmed the HBO documentary Mommy Dead and Dearest about Gypsy Rose Blanchard, which was later adapted into Hulu's The Act miniseries. Carr also directed the HBO documentary I Love You, Now Die: The Commonwealth V. Michelle Carter about the suicide of Conrad Roy, which is now being turned into a scripted series for Universal Content Productions — the same company behind The Act, Bravo's Dirty John, and the forthcoming show about Tiger King's Joe Exotic. Clearly, Carr's work has a cycle.

Whether or not How to Fix a Drug Scandal will generate enough buzz to land its own scripted adaptation, we'll have to wait and see. But it has the advantage of being released when everyone is stuck in their homes and eager for more wild true crime stories to watch on Netflix.