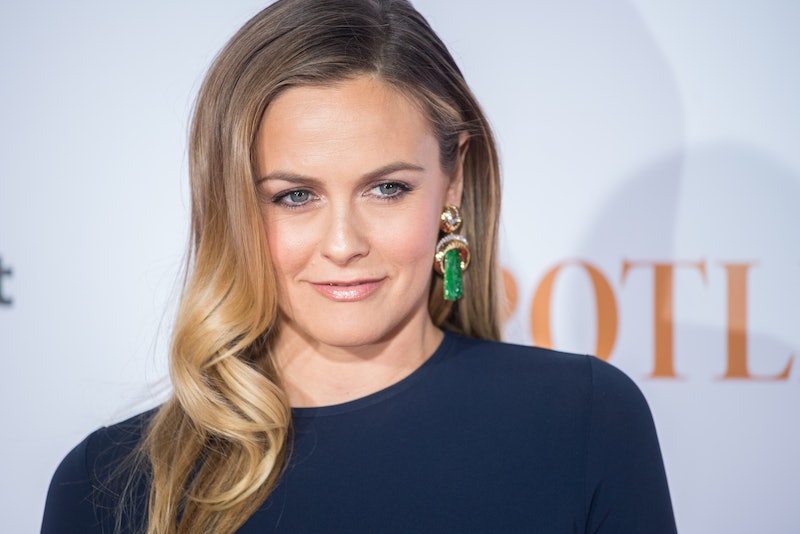 Nearly two months after Alicia Silverstone made her TikTok debut — recreating the unforgettable “As if!” scene from classic ‘90s film Clueless — she’s finally getting the hang of the platform.

For the 44-year-old actress, who most recently starred in the Netflix adaptation of The Baby-Sitters Club, TikTok provides an avenue to indulge in a little nostalgia. But she didn’t want to launch her account — which currently boasts three million followers — with just any old video. “I knew I needed to go in with a big bang,” Silverstone tells Bustle.

Considering the lasting cultural impact of Clueless, which recently marked its 26th anniversary, it only made sense that Silverstone would create an homage to her widely recognized alter ego, Cher Horowitz. She recruited her 10-year-old son, Bear, to help bring that memorable “As if!” scene back to life.

“My son and I, we don’t put a lot of time or energy into it,” she says. “That first one we did was at the end of a very long work day, and I didn’t even change my clothes that I had on underneath the little plaid jacket. I thought, well, I wasn’t trying, I just threw the jacket over.”

While effortless fashion TikToks are fun for Silverstone to create, she really wants to use her account to spread awareness around issues she cares about.

“I want to help people be their healthiest selves and to be kind to themselves, to the planet, and to animals,” she says. “So, it only seemed right — when my son was telling me about [TikTok] — to start. I saw that I could bring my mission further to another group of people.”

That mission is rooted in all things wellness. She’s been vegan for more than 20 years and is always sharing some of her family’s favorite plant-based recipes on her lifestyle blog, The Kind Life. Silk Oatmilk is, unsurprisingly, a staple in her kitchen — and she recently announced a partnership with the brand.

“They are the G.O.A.T. of oat milk,” Silverstone says, referencing the brand’s social media campaign where fans can turn selfies into marble G.O.A.T. busts. “It’s sort of like how I’ve been recognized by many as the G.O.A.T. of ‘90s fashion.”

While today she happily embraces that label, she’s the first to admit that all those years ago, style wasn’t exactly her area of expertise. “When I did the movie Clueless, I only wore — from age 15 to 20 — this green T-shirt with a pocket on it,” Silverstone recalls. “It was probably from the Gap or something. With jeans and tennis shoes. That was the extent of my fashion.”

Is it any wonder that, at the time, she couldn’t quite relate to Cher’s extravagant closet, which came equipped with styling software and mechanical, rotating racks?

“She was like an alien to me,” Silverstone recalls. “I had no connection to the fashion at all. When I saw the movie — when it first came out — and saw how important those clothes were, it was eye-opening because I didn’t know when I was wearing them.”

From Olivia Rodrigo rocking it at the White House to Harry Styles stepping out at the Grammys, the Clueless plaid suit look remains as popular as ever. And it’s something that Silverstone never gets tired of seeing.

“It’s always fun anytime someone sends me a picture of themselves all dressed up and I see it on the runway,” she says. “The amazing thing is Clueless fashion, especially the plaid, has not just been this year or last year. It’s every year. There’s nothing but goodness around that.”

More like this
Behold: The Wildest Fashion Moments of 2022
By Dominique Norman
Florence Pugh Wore A Spicy Backless Gown To The British Fashion Awards
By Allie Fasanella
30 Rihanna Outfits From The Early 2000s You Totally Forgot About
By Amy Sciarretto
The Best Looks From The Emily In Paris Season 3 Premiere
By Allie Fasanella
Get Even More From Bustle — Sign Up For The Newsletter