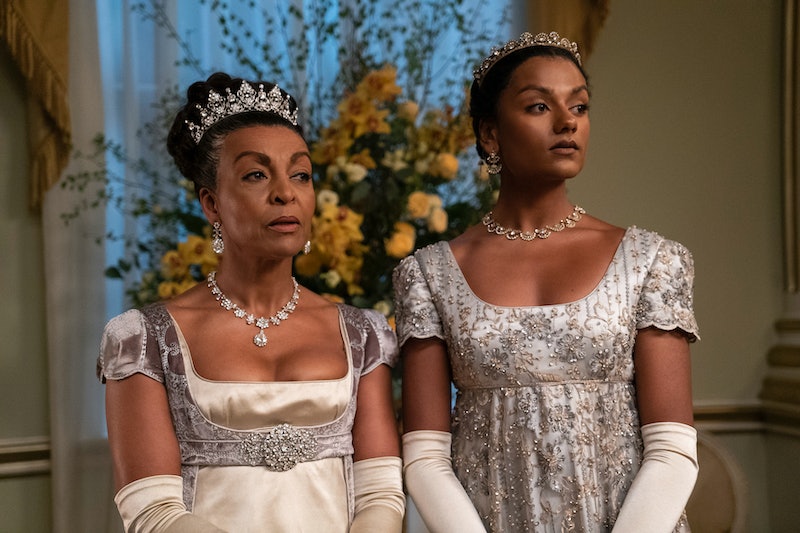 We’re sure that everyone is probably on their tenth rewatch of Netflix’s hit show, Bridgerton. You’ve most likely poured over the sizzling looks between Kate Sharma (Simone Ashley) and Anthony Bridgerton (Jonathan Bailey), all of the dreamy one liners, and the heart-stopping dances at the balls. Or you couldn’t get over the stunning regency looks, from the satin dresses and the matching dress gloves to Queen Charlotte's glorious wig collection.

But if there was one thing we were all collectively obsessed with this season, it is the beauty looks. Everyone, and we mean everyone, was glowing. Of course, we were not shocked to discover that all of the products used on the entire cast of Bridgerton came courtesy of Pat McGrath, one of the most celebrated editorial and runway makeup artists in the world.

Pat McGrath Labs has been known for its highly pigmented formulas and seamless-to-use textures, so it’s little wonder why we’ve all noticed that the makeup in season 2 is a lot more wearable, with a bigger focus on the skin. Award-winning makeup artist and hair designer Erika Okvist is the brainchild behind all of the beauty looks on set. And ahead, she reveals the six Pat McGrath Labs products she used on our fave characters, Kate Sharma, Penelope Featherington, and, of course, Queen Charlotte.

But the real star of the show was the Skin Fetish: Highlighter + Balm Duo. “It gave this amazing shine from within and was used on everyone.” The makeup artist also revealed that the Sublime Perfection Setting Powder was used during lowlit scenes as it gives a soft focus, velvety look to the skin.

Skin Fetish: Divine Blush in Nude Venus
Pat McGrath
Wear this and you'll be blushing from all the compliments you're going to receive.
Lip Fetish Balm Divinyl Lip Shine in Boudoir Rose
Pat McGrath
This balm-lipstick delivers a lacquer-like shine to the lips that will make you stand out like the diamond of the season.
Mothership VII: Divine Rose
Pat McGrath
An eye palette filled with flattering rose tones and duochrome shades. It will leave you positively blooming!

Kate Sharma (played by Simone Ashley) is the bolder, and more outspoken, of the Sharma sisters and her makeup reflects that. Pat McGrath Labs Mothership palette in Bronze Seduction was used to create Sharma’s striking and sultry eye looks. If you’re like us, you couldn’t get over how amazing the sisters’ blushes looked in every scene and how it complemented their darker skin tone. What’s the secret? “We choose the makeup based on the cast member’s shade and undertones to determine the right colours,” says Okvist. “We often used Divine Blush in the shades Paradise Venus and Lovestruck but because the formula is so sheer, we could have literally almost used any single shade on everyone.”

Mothership V: Bronze Seduction
Pat McGrath
A palette filled with seductive shades that will have everyone sending sizzling looks your way.
Skin Fetish: Divine Blush in Lovestruck
Pat McGrath
Blush so divine that it will have you blushing!
FetishEYES Mascara
Pat McGrath
A must-have if you want Kate Sharma inspired fluttering lashes.

Make no mistake that the real crown jewel of the show is her majesty Queen Charlotte (Golda Rosheuvel). Her looks are surely the most dazzling ones in the series and a real playground for the makeup artists. “Oh my, everything was used on Queen Charlotte! It all had to do with the colour of her wig, costume, and jewellery,” Okvist says. “This was so much fun!” Queen Charlotte is known for ostentatious jewellery, wigs, and gowns so the makeup had to match too. Okvist used Pat McGrath Labs Mothership palette in Sublime, which is inspired by Pat McGrath’s most mesmerising runway looks — fitting for a Queen demands everyone’s attention.

Mothership II: Sublime
Pat McGrath
An eyeshadow palette that will have you looking like the Queen of the ball.
MatteTrance Lipstick in Obsessed
Pat McGrath
This bold lipstick shade will have you and the whole town obsessed!
PermaGel Ultra Glide Eye Pencil in Dive Rose II: Black Coffee
Pat McGrath
We like our Queen like we like our coffee, strong!

If you want to recreate any of these regency-inspired beauty looks then check out the second edition of the Pat McGrath x Bridgerton Collection.