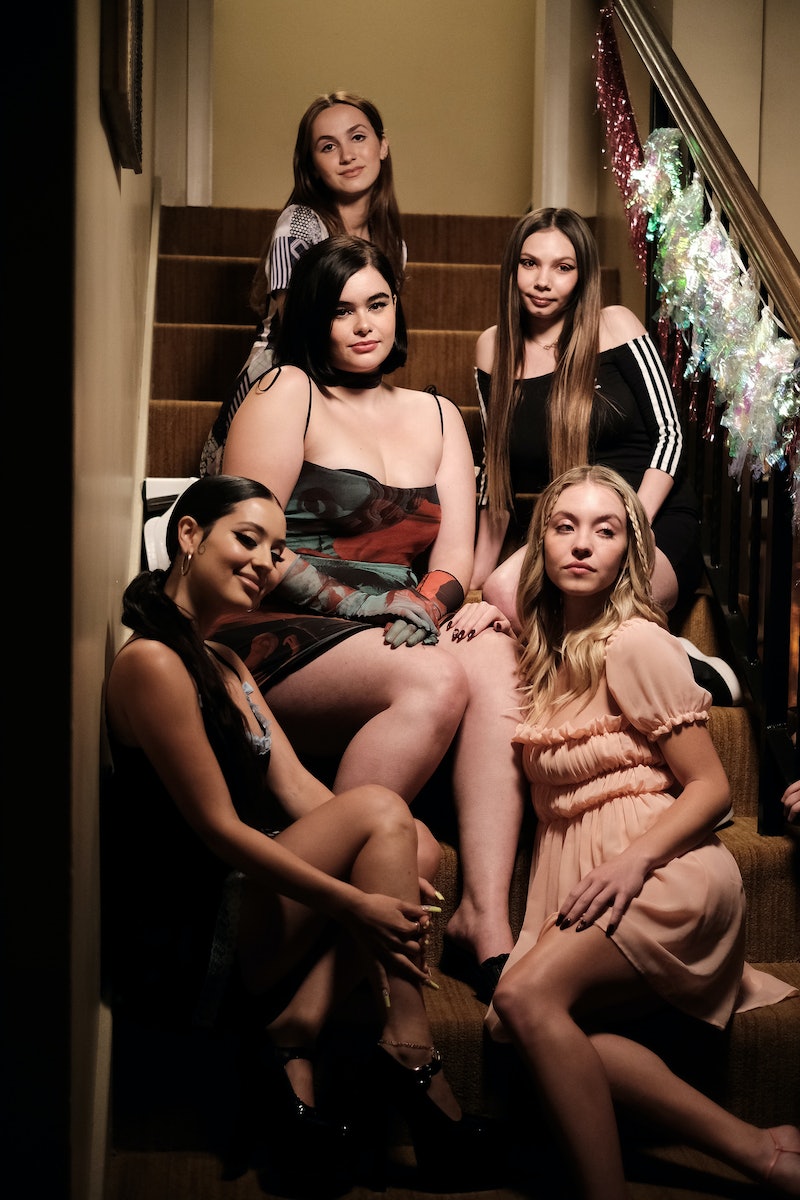 Spoilers ahead for Euphoria Season 2, Episode 4.

Cassie Howard (Sydney Sweeney) and her questionable new obsession with Nate Jacobs (Jacob Elordi) continue to divide Euphoria fans watching the hit show’s second season. And yet, there is something on which all sides of the aisle can agree: When it comes to Y2K-era hairstyles, Cassie always understands the assignment. To briefly recap, she sported an especially iconic bubble ponytail in Episode 3. Then, in last night’s episode, she rocked the very on-trend braided tendrils at Maddy Perez’s (Alexia Demie) birthday party. While she did completely embarrass herself in front of all the guests in attendance, her hair managed to remain intact, which surely counts for something.

Cassie’s coiffure — which features two ultra-thin strands of hair tied into tiny braids that frame her face — clearly pulls inspiration from the early 2000s, and it’s a hairstyle that’s made a major comeback in recent years. “Whether it’s a long, braided ponytail or small, braided tendrils, braids will be huge in 2022,” Miko Branch, co-founder and CEO of Miss Jessie's Products For Curly Hair, previously told Bustle. Celebs like Bella Hadid, Ariana Grande, Lizzo, and Hailey Bieber have all been seen wearing tendrils, further solidifying the fact that the hairstyle’s having a moment. “Braids are super versatile, making them a great option for all hair types, and can be worn as a protective style or on the red carpet in a beautiful, braided updo,” says Branch.

Currently, #y2khairstyles have racked up over 1.5 million views on TikTok (antenna bangs, a sleeker version of tendrils, are another nostalgic trend to watch), many of which showcase users broadcasting tips on how to DIY the braided tendril trend at home.

If you’re feeling influenced by the tendril craze, know that they’re super easy to style yourself. Simply section out some hair at the front of your face (aka your “tendrils”) and pull the rest of it back. Braid the strands, then let your hair down or tie the rest up in a trendy pony. Once styled, set your look with some spray, and you’re basically ready for Euphoria High.

This article was originally published on Jan. 31, 2022