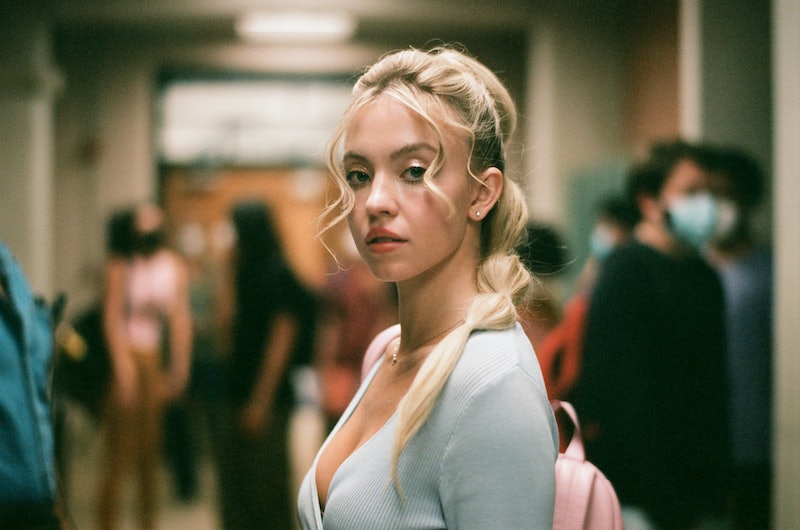 Cassie Howard (Sydney Sweeney), the sweetly sensitive sidekick to a more dominant Maddy Perez (Alexa Demie), has been a Euphoria fan favorite since the start. Forever loyal to her BFF yet endlessly lovesick over boys, you can’t help but believe Maddy when she proclaimed Cassie her soulmate in season one. But things changed once season two began, and Cassie’s questionable behavior so far has divided series stans.

One of Cassie’s most striking shifts is her obsession with her appearance. In the season’s third episode, she is shown spending a significant amount of time tending to her skin and hair. In one scene, she sets her alarm for 4:00 a.m. to engage in an extensive morning routine that includes self-care treatments like under-eye masks and gua sha facial massage, all in an effort to seek the attention of a certain someone at school. Her infatuation is meant to be excessive and unhealthy (viewers know why), and the Euphoria beauty team has managed to manifest her emotional turmoil via show-stopping hair and makeup styles. The most notable (and trendy) of all? Cassie’s bubble braid ponytail, which is essentially a hybrid of Y2K-era bubble braids — as seen on Gigi Hadid and Olivia Rodrigo — and the ’90s style Barbie pony, a look beloved by Bella Hadid.

If you’re obsessed with the ’do, don’t fret: It’s nowhere near as hard as it looks to DIY. “Bubble [ponies] are very simple,” Joseph Maine, celebrity hairstylist and co-founder of Trademark Beauty, previously told Bustle. All the look really requires is a handful of elastics — at least four or five — and dry hair.

First, pull your hair into a high ponytail. Then, tie a second elastic about one inch lower than the first. Softly pull the hair between the two ties outward with your fingers to create the “bubble” effect. Once you’ve achieved a volume of bubble you like, repeat through the end of the pony. If you want it to more closely resemble Cassie’s, stop tying once you hit your shoulder. Lastly, finish with setting spray, and voila: You’ve mastered Cassie’s iconic bubble ponytail and didn’t need to wake up at 4:00 a.m.