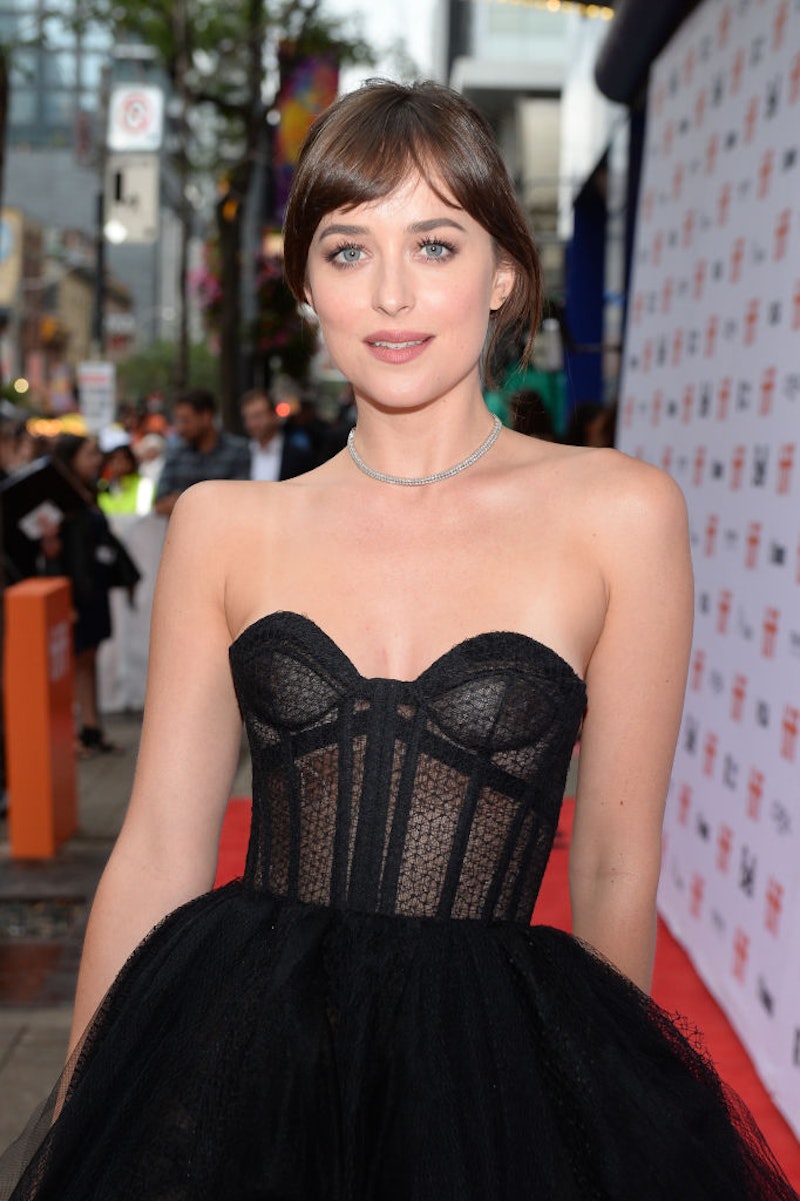 In the realm of different bangs, there’s one style in particular that took over the world (or TikTok feeds, at the very least) this year: curtain bangs. There’s a common misconception that you need to have a Gen Z-championed middle part in order to wear the face-framing fringe. The pros, however, are saying otherwise: It is possible (and chic!) to rock curtain bangs with a side part.

With the younger generation steering the world of TikTok trends, it makes sense that curtain bangs worn with anything but a middle part have been kept out of the limelight. But there’s a reason the look works so well when your hair’s parted smack-dab in the middle: “You’ll frequently see curtain bangs styled with a middle part so that the bangs drape the face on both sides evenly,” says celebrity hairstylist Sally Hershberger. If you opt to keep your beloved side part or want to switch things up, it simply means the bangs will fall heavier on the side of your face that’s opposite of the part, she explains.

That doesn’t mean you miss out on the face-framing allure, though. The overall result when you’re wearing these bangs with a side part will be pretty similar, according to Hershberger. “They should still frame the face when styled to the side,” she tells Bustle. Plus, much like the other dominating hairstyles of 2021 — wolf cuts and mullets — curtain bangs are all about ease and embracing dishevelment. So parting them off-center will give them a je ne sais quoi flair that would only enhance their appeal.

A friendly reminder: “Any time you opt for bangs, you must know that there is typically a commitment to styling them daily,” says Hershberger. And with that, keep reading for three curtain bangs with side part looks the pros recommend.

“Side-swept curtain bangs are a very classic way to style the look,” Hershberger says. And it’s easy to do: Simply sweep and style your hair off to the side.

If you want to add more volume or a touch of glam, grab a blow dryer. “You’ll want to style [the bangs] using a round brush when blow-drying the hair” to create a seamlessness between the layers, says Hershberger.

Waterfall curtain bangs are when the fringe is layered from the shortest all the way down to the longest strands of hair. “They’re sweeping layers from the face,” Hershberger says. As the waterfall name implies, there is a pouring flow to the style.

Sacha Harford, a hairstylist, previously told Bustle it’s best to slowly blow-dry at a low speed from roots to ends until your roots are dry but your ends are still a little damp. From there, angle your brush sideways and vertically as you start from the middle and go section by section. Or, if your hair is more naturally wavy, let your strands partially dry before simply using your fingers to pinch your bangs where you want them to sit, celebrity hairstylist Justine Marjan previously told Bustle.

According to Hershberger, face-framing curtain bangs rank as one of the most common variations of the style. It’s easy to see why: With fringe falling anywhere from your ears to your chin in the front, it’s uber-flattering to your facial features.

To achieve the look, Hershberger says to set your side part and then split the pieces of hair and style them to each side. “Start right around the bottom of the brow,” she says. Then, depending on your face shape, additional styling should be done to have them end around the chin.

More like this
The Chicest ’90s Updo Hairstyles To Try
By Paris Giles
Your No-B.S. Guide To Female Pattern Hair Loss Treatments
By Parizaad Khan Sethi
Lily Collins Got Shaggy Curtain Bangs For Emily In Paris Season 3
By Audrey Noble
15 Must-Have New Beauty Launches, According To Our Editors
By Rachel Lapidos
Get Even More From Bustle — Sign Up For The Newsletter