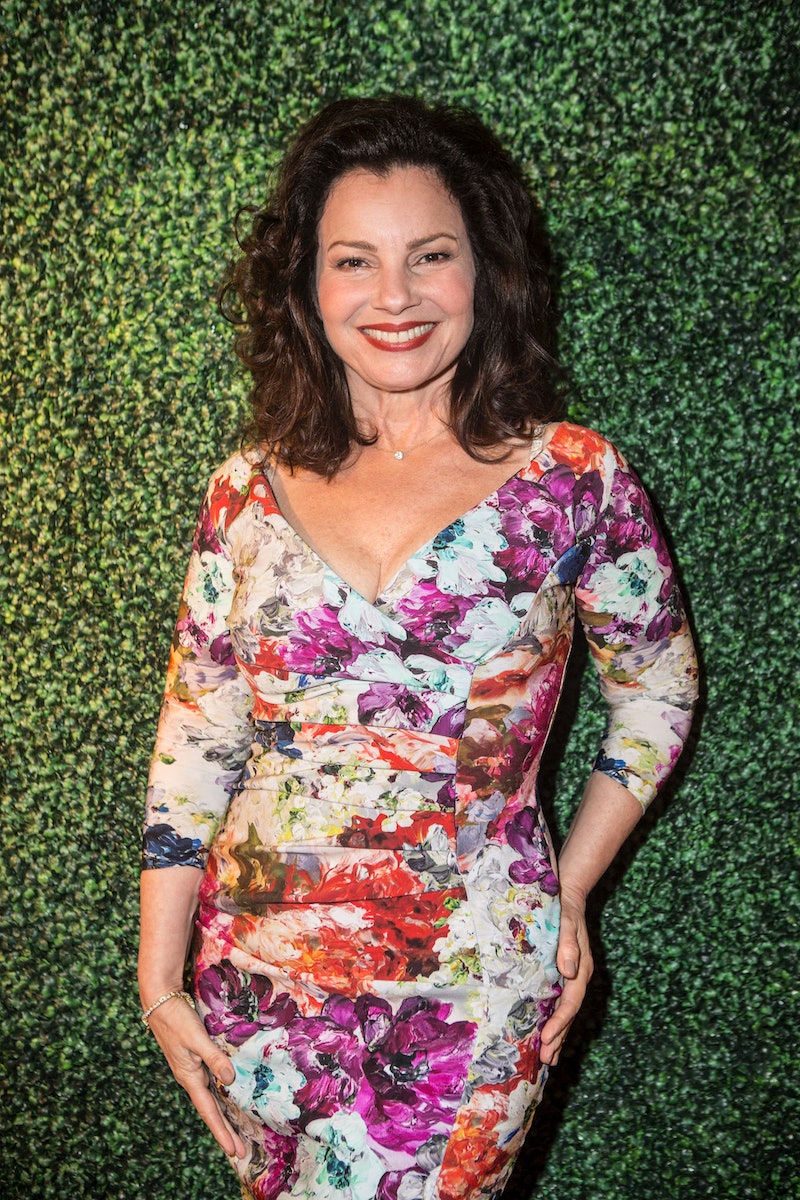 When Fran Drescher joins me on Zoom, her face is glowing from subtle pops of pigment on her cheeks and a natural lip — a no makeup-makeup look, essentially. It’s a stark departure from the heavy pink blush, red lipstick, and fuchsia-colored eyeshadow you might’ve seen her wear during her turn as Fran Fine in The Nanny.

“I think that with a tight line with eyeliner, a nice brow, some coverage, and a little bit of blush, you’re good to go,” Drescher says of her everyday look. “Less is more.” It’s why her recent partnership with makeup brand Laura Geller is a good fit: The line features buildable essentials that offer the flexibility of either soft touches of color or more dramatic glam.

Drescher also supports the cosmetics line because it doesn’t use harsh chemicals or make products with fragrance, which she’s avoided since she was diagnosed with uterine cancer in 2000. After surviving the health battle, the actor has been on a crusade raising awareness about early detection through her Cancer Schmancer organization — and to live well past her diagnosis, Drescher is diligent about the ingredients she exposes herself to. “Otherwise, it just goes against the Cancer Schmancer credo, and that’s not the way I live,” she tells me.

Unlike Fine — the embodiment of “more is more” — Drescher turns to cosmetics to make her feel better in her own skin, while still looking like herself. “We must never forget that makeup, which women have been wearing since probably before Cleopatra, is to enhance what we have and not recreate who we are completely,” she says. “I follow that rule of thumb and just create a base that smooths out the look of my skin.”

Here, Drescher shares her beauty advice for always looking like your best self.

Be Wary Of Following Trends

Drescher says it’s great if you’re a fan of the ’90s trends making a comeback — but shares a word of caution. “Be careful buying trendy,” she says. “Next year, they may be last year’s mistake.” One old-school look the star swears she’ll never wear again? Dark-contrasting lip liner.

“In hindsight, I don’t like that period where they did a dark line around the lips and a lighter color inside,” she says. “To me, it almost looks like a butthole.”

Always Sleep On Your Back

When she was filming The Nanny, the actor says she started getting vertical lines on her face from her pillow, so she started sleeping on her back. “Eventually [the lines] went away, so I just lie on my back and I have a pillow under my head and one under my knees, and my knees are bent a little, like a frog,” she says. “And I just kind of nod off that way. It makes a huge difference.”

Play With Your Features

A beauty rule Drescher staunchly believes in is working with what you have — not trying looks that go against your facial features. “Go with the shape of your eyes and your face, and just figure out what works for you and makes you feel beautiful,” she tells Bustle. “You don’t need to follow any magazine — find the look that you feel spectacular wearing, and stick with it.”